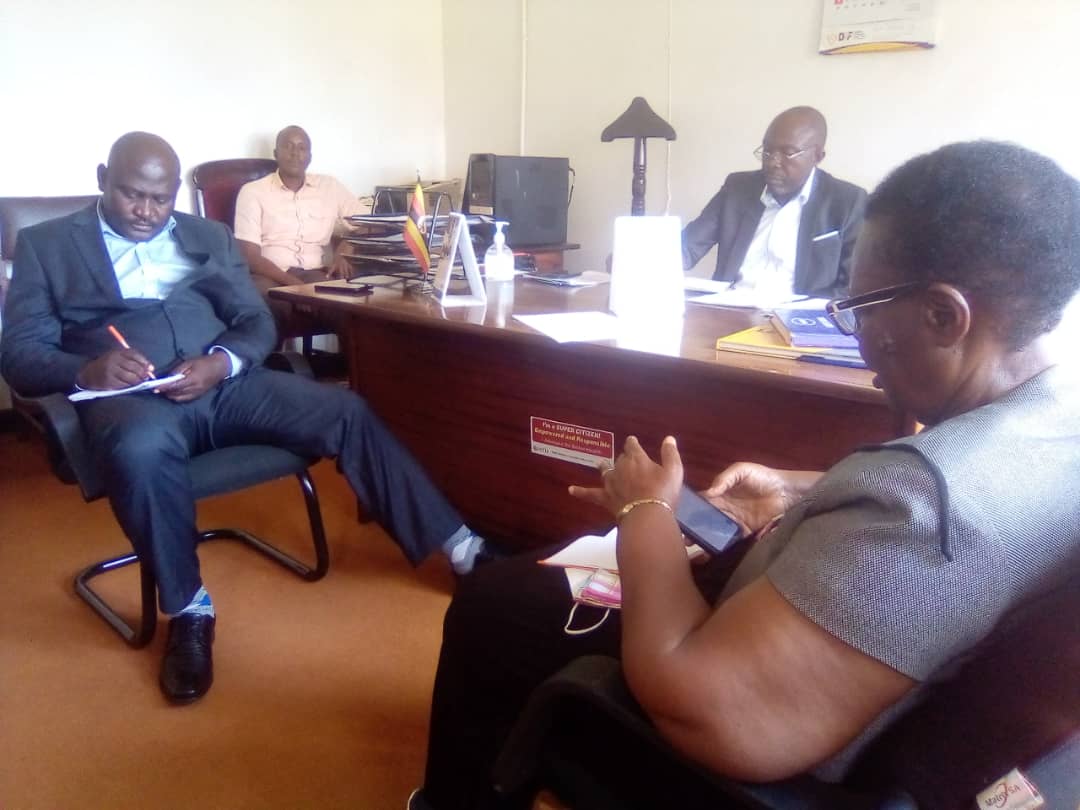 The leaders including the RCC Jinja, RDC Jinja district, RDC Iganga, DISOs, District Production Officers, District Agricultural Officers, Town clerks among others, have however, requested to a familiarization tour of this farm to enable them appreciate it’s services and products so that they market it to the people.

The leaders made the request during a meeting summoned by the Senior Presidential Advisor on Busoga in charge of Poverty Alleviation, Hon. Florence Mutyabule at their respective district headquarters.
Mutyabule who is currently on a sensitization campaign of all districts top leaders about Kasolwe, said this farm is not necessarily for the people of Kamuli district but for the whole of Busoga sub-region. She had summoned the leaders to sensitize them on Kasolwe Stock Farm Project, it’s services and products so that they can also propagate this information on the ground.

She explained that a month ago during the launch of the Feed Mill at Kasolwe, she was shocked to learn that out of the 11 districts of Busoga, it was only the leadership of Kamuli district which was ably represented on this great function but the rest never showed up.

“Kasolwe is a very important project to help us get out of this useless situation of poverty. NAGRC &DB is the one managing it but also OWC under Gen. Salim Saleh has a lot of interest in this project. We have to mobilize our people to fully utilize this project. Government has put it there for us all” she explained.

Her remarks however, appeared to be news to the leaders as some of them said they have all along been taking Kasolwe as either a private project or it is merely meant to benefit the host district of Kamuli.
“We have always thought this is somebody’s project” Iganga RDC Wandera told the SPA at the district headquarters during the sensitization meeting.

The DPO-Jinja district Kasadha Tom added that “we have had about Kasolwe but informally. We were not even invited for the launch. They only invited the chairperson but left out the technical people. So, they need to improve on their communication. There’s need to Busoganize Kasolwe. It should be known that it’s not only for Kamuli”
The leaders expressed fear that unless they talk tough about Kasolwe, it is bound to collapse like other projects have done. They asked NAGRC &DB to fully publicize Kasolwe using all platforms including the media so that people can fully understand what it offers to them and their roles.

Mutyabule wondered why Busoga continues to remain the poorest in Uganda in spite of the good soils, rains, weather and numerous government programs that have come to this region.
“The president says I don’t want Busoga to remain poor. I want it to compete with other regions. He even brings us programs including demonstration farms like that at Kityerera. God also did his part well and gave us even the energy, but this problem persists. Then you ask yourself, who’s responsible for Busoga poverty? If government and God have played their roles, how about us the people? What have we done apart from continuing to blame government?” She asked.

Jinja RDC Madoi Elijah blamed the high poverty in Busoga on politicization of government programs, early marriages and high sexual appetite especially among men. He said that actually, among most Busoga men especially Boda riders, the more babes one has, the more pride he earns.
“This is like a prestige among some Basoga men. You hear someone boasting of having 3 women. That’s the basis of our poverty” he said. Madoi who also worked as Kamuli RDC three years ago, added that Kasolwe would have done a great job years back but it was grossly mismanaged by the previous administration.

“The managers mismanaged the farm at first. They would bring cows, dump them there and started selling them off and nobody intervened. However, it seems the new management has tried to fix those loopholes” he said.
Meanwhile, RCC Jinja City Lt. Saleh Kamba, blamed poor performance of government programs in Busoga on ideological disorientation by managers of these programs.

“We did research and realized that Busoga had actually got almost 40% of the national budget. Programs come but are mismanaged. So, even before you blame the people, first talk about the mindset of the managers of those programs” he said adding that because of this, the managers of government programs make fake financial statements, supplies among others.
The leaders commended NAGRC DB executive director Peter Beine for the well thought out sensitization campaign he has offered to district leaders in Busoga about this project. They however, requested for a familiarization tour of this farm to be able to learn more about it and also understand it more closely. Mutyabule pledged to table their issues to management. 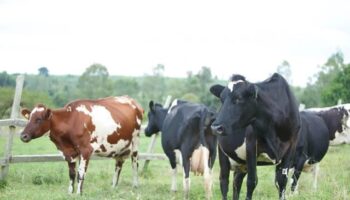 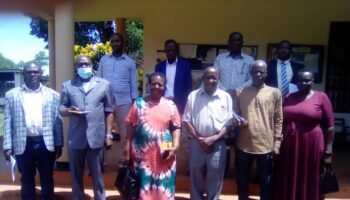 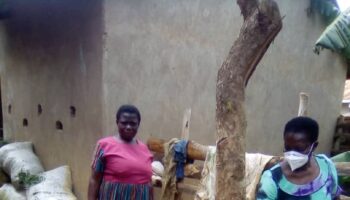