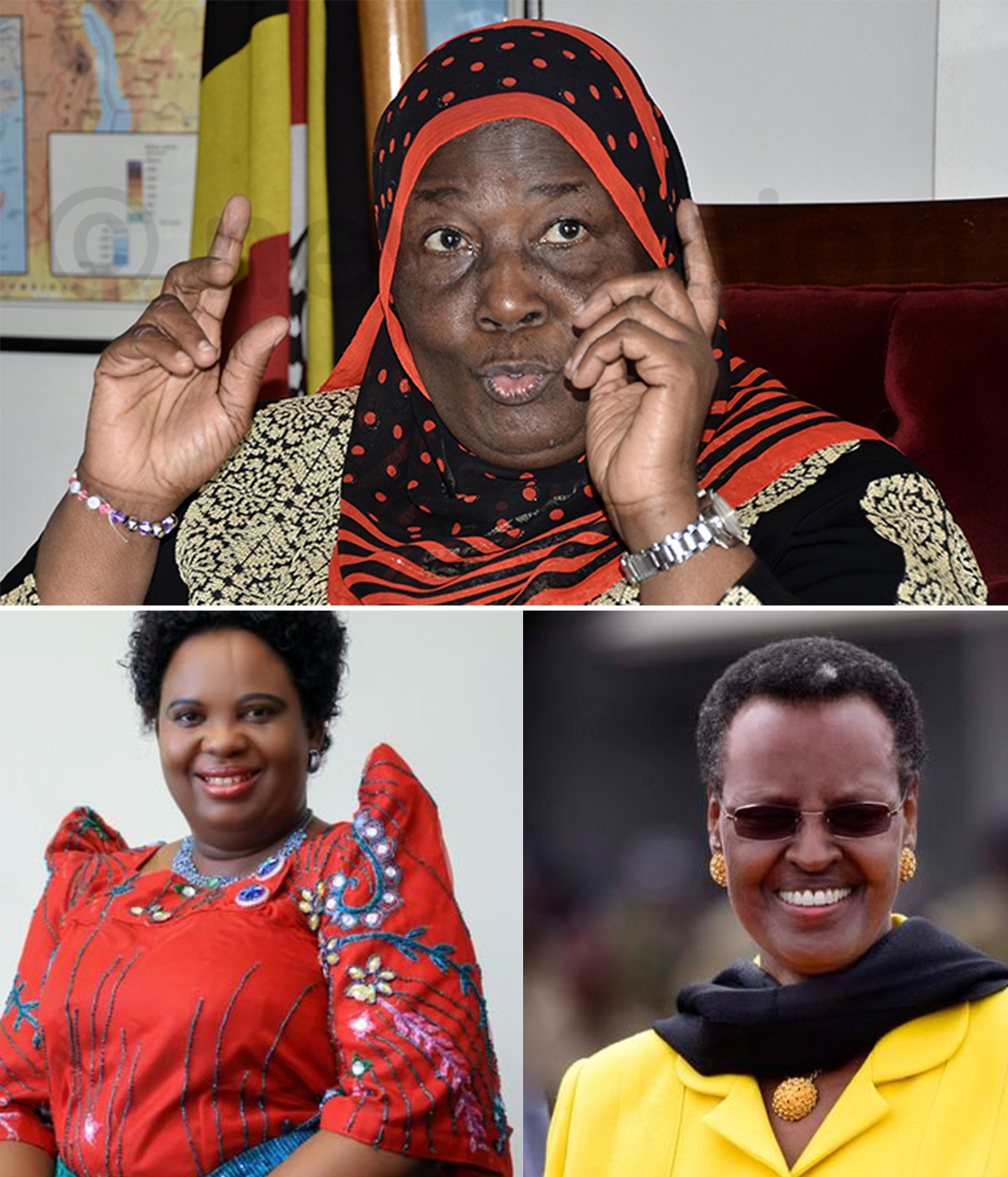 For sometime now, security has been studying the trend in which labor export is being done under the watchful eye of the ministry for gender, labour and social development.
The labor exportation program is particularly controlled and sanctioned by the ministry’s Directorate of Labour.
Inspectors suggested that initially, the ministry allowed only two categories of labor exports including veterans and professionals. However, somehow after 2015, another batch of labor export (read maids) was added onto the menu.

Unfortunately, this 3rd category was allegedly not studied properly to know it’s strategic consequences. It is for this reason that security has been doing undercover investigation on it and also carried out an analysis which they want the Commander in Chief to study more closely before the time bomb explodes!

The veterans according to Inspectors are retired artillery men who would be allowed to go and work in war torn countries like Iraq, Afghanistan, Syria among others as security guards. The professionals were also allowed to enable technology transfer.
However, we’re informed the ministry took it upon itself and added on a third category of people populary known as maids. These according to Inspectors are now the main source of concern to security.
“There is no such a person taken under that category who is supporting government. They are all fighting us. They are all over social media abusing us and none of them wants to hear anything about NRM government. The hate they have for this government is immense and if we’re not careful, we’re sitting on a time bomb because of these people. The country’s image is at stake because of this category and we don’t know their contacts and the messages they return with” says a senior inspector, adding that most worrying is the fact that, maids are recruited from all corners of the country.

The issue of maids isn’t enough! There’s also an issue of case backlog in the Industrial Court, an extended arm of the Ministry that works on labor disputes.
We’re told at first, this court was supposed to be some kind of an appeals court for aggrieved employer or employee. The modus operandi had been that the commissioner industrial relations in the same ministry was empowered to receive, hear, mediate and or arbitrate between the employee or employer in case of a disagreement. The commissioner had powers to award/issue a ruling in case the mediations failed between the two people.
It was after this stage that any of the two aggrieved by the ruling would petiton the Industrial Court challenging the award by the commissioner.

“The commissioner had three levels to exhaust before a matter could be referred to the industrial court. Negotiation, Mediation and Arbitration or issuing award. When one party felt that there was unfairness, that’s when he or she would appeal. But in most cases, issues ended at this stage and this helped much to reduce on case backlog in the Court” explained an inspector.
It is this case backlog that according to Inspectors is causing panic in security as it poses a threat to the government’s handling of labor rights portfolio.
“Already, some development partners are threatening to pull out claiming we’re stepping on workers’ rights. Many people especially employers opt to go straight to the industrial court because it has been gazzeted as an independent court yet it was meant to be a last resort” says an Inspector.

In so doing, those who go to that court (mostly crooked employers) go there to buy time. As a result, cases keep piling up at this court yet they would have been settled at the first level of petitioning the concerned commissioner.
Another case is that of unending strikes or industrial action by workers or trade unions. Since 2015, according to security, trade unions have continued to give government sleepless nights and there’s a thinking that labor ministry has not done enough through its directorate of labor which directly handles workers’ issues.
“Why is it that after sorting this section of workers, another group rises up? Today it’s teachers, tomorrow it’s health workers. These trade unions need to be studied further and how they relate with the labor ministry. The ministry is supposed to detect all this and alert government but this is not the case. Could there be someone within inciting thes unions?” Says an Inspector knowledgeable on the issues at hand.

The same ministry is allegedly faulted for having not done enough to advise the president on the issue of NSSF Act amendment to allow midterm to savings by workers.
We’re told the new policy has began to negatively impact on NSSF’s ability to invest and generate more savings for workers.
“This means NSSF will now only be keeping money buy it cannot invest like it was doing. The workers will demand for their money. Unless this policy is reversed, NSSF is now useless. It is better we create another savings body because NSSF is going to fail with this new midterm access to savings” says an Inspector.
Accordingly, intelligence wants Gen. Museveni to give much attention to this ministry to know if there is no kawukuumi trying to sabotage government.

“Much of the decisions being done have got strategic consequences if not properly studied and handled. We don’t want a situation where someone will be praised for having worked as an enemy within to bring down government. Those who know NRA and how it recruited people in government must not under look the goings-on in gender” says an Inspector citing former minister Janat Mukwaya who allegedly used her position as chief magistrate to always release NRA suspects whenever they were brought before her. This was because she had been a rebel collaborator or kawukuumi (enemy within).

MUSEVENI INTERESTS IN THIS SECTOR

For those who may not know how vital gender/labor Ministry is to president Museveni, just read here.
Museveni among all sectors is said to be keeping a keen eye on this ministry and it is the reason he never appoints any of his bush war men to this sector.
He will always look for trusted people especially women or politically-impotent men and he posts them here. This is the reason this ministry has not had any former bush war man but has consistently been occupied by women except one time when he posted there Gabriel Opio.

The ministry first of all has many many departments which according to Gen. Museveni are meant to be independent ministries if funds could only allow.
He made this clear to former minister Zoe Bakoko Bakoru when she; backed up by Gen. Moses Ali tried to fight Rt. Hon. Rebecca Kadaga for the position of NRM second National vice chairperson.
“Bakoko, I wanted to say this when Moses Ali is here. Do you know why I posted you in that ministry (gender/labor)? That’s my special ministry and I don’t just put people there. Do you know how many ministries you’re heading by being in that sector? The departments there are supposed to be independent ministries but I don’t have funds. You’re actually a super minister for running all those six departments” Inspectors quoted Museveni as telling a NEC meeting when Bakoko and Kadaga were both jostling for the aforementioned position in NRM.

After stating this, Museveni ordered Bakoko to chill the seat. Although Museveni made a general statement about this sector, intelligence says this sector is actually vital when it comes to political mobilization and it can easily lead to the ouster of a sitting government. First of all, it controls the most critical aspect of Kingdoms and chiefdoms with influential traditional leaders, it controls labour unions, workers among others.

“So, if he just appoints someone who is an enemy, it won’t take even a week to create trouble for the whole country. That’s why you have seen him making careful appointments there including on the PSs” says an Inspector.
Currently, Museveni posted honorable Betty Amongi to gender. Amongi is said to be in good books with Museveni and has so far executed her duties to his expectations. However, we are told Museveni is looking at transferring her to another equally demanding sector and he brings Mama Janet Museveni to this ministry of gender, labor and social development. Janet has been a success story in the two sectors of Karamoja and Education where she has so far served as a minister and her planned posting to gender is likely to make more wonders for the man with a round hat. Her main work will be to specifically study the issue of labor exports and numerous industrial actions. Watch this space!