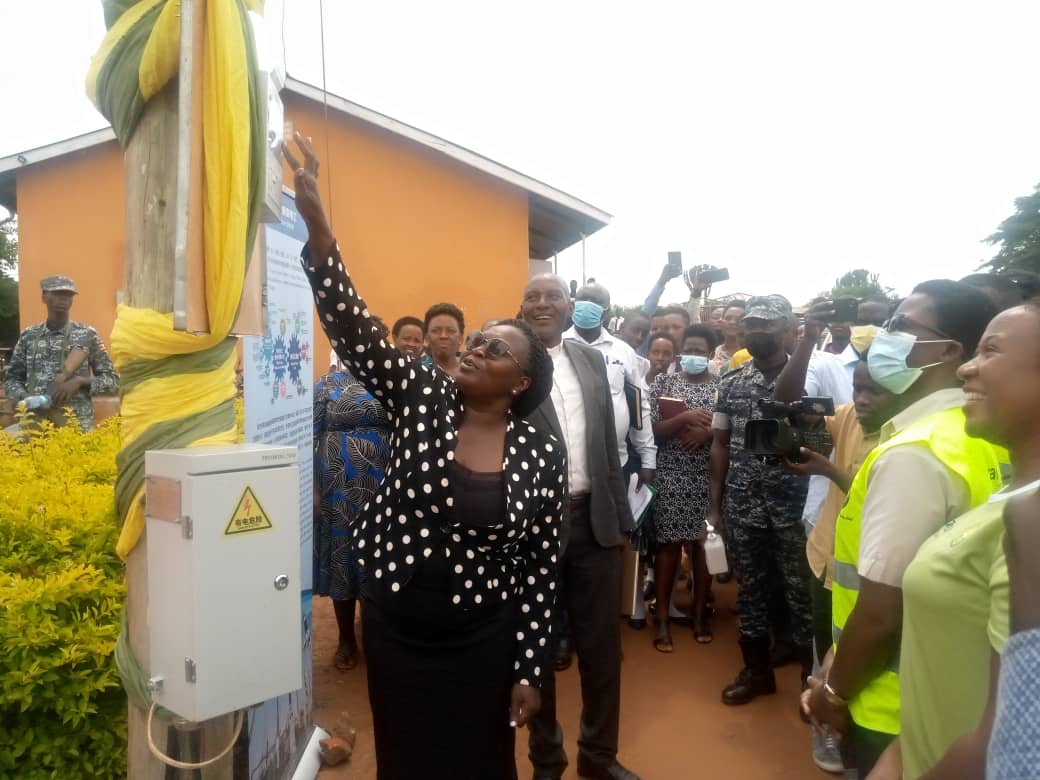 The Minister for Energy and Mineral Development Dr. Ruth Nankabirwa Ssentamu has revealed that government is looking at a possibility of bringing down electricity tariffs to as low as 5cents per unit.
She says every year, government intends to declare lower tariffs until it will come to 5cents. The minister made the remarks as she officially commissioned five power lines in Kiboga district.

“Every year, government will declare a reduction in tariffs for electricity until it reaches 5cents to enable more people access electricity. Those who vandalize power lines are not patriotic. They are sycophants who sabotage government programs but we shall deal with them” she said.

Nankabirwa further said that access to sustainable energy contributes to a better quality life. “Those who have modern energy, it unlocks access to the improved Health Care and education, improves economic opportunities and catalyzes growth of human development indicators”she said.
The Minister commissioned the Rural Electrification Scheme in five Sub-counties which include Kapeke, Nkandwa, Lwamata and Kyomya among others all situated in Kiboga district.

“President Museveni has been at the forefront of ensuring access to electricity all over the country. This is meant to improve on socio-economic development in Uganda especially in Rural areas. This in turn will translate into job creation, wealth creation, improved education and health service delivery amongst other benefits” she said.

Nankabirwa said in line with Vision 2040 under which the government plans to transform the country from a predominantly low income to competitive upper middle income status, energy is acknowledged as one of the key fundamental requirements to harness the country’s opportunities and drive the industrial and service sectors. She added that a strong growth in the national economy is bound to increase the demand for energy and thus open the sector for further development.
Meanwhile, Kiboga RDC Mariam Nalubega Sseguya also applauded government for extending services to the people of Kiboga by giving them electricity that will spur development in the entire district.