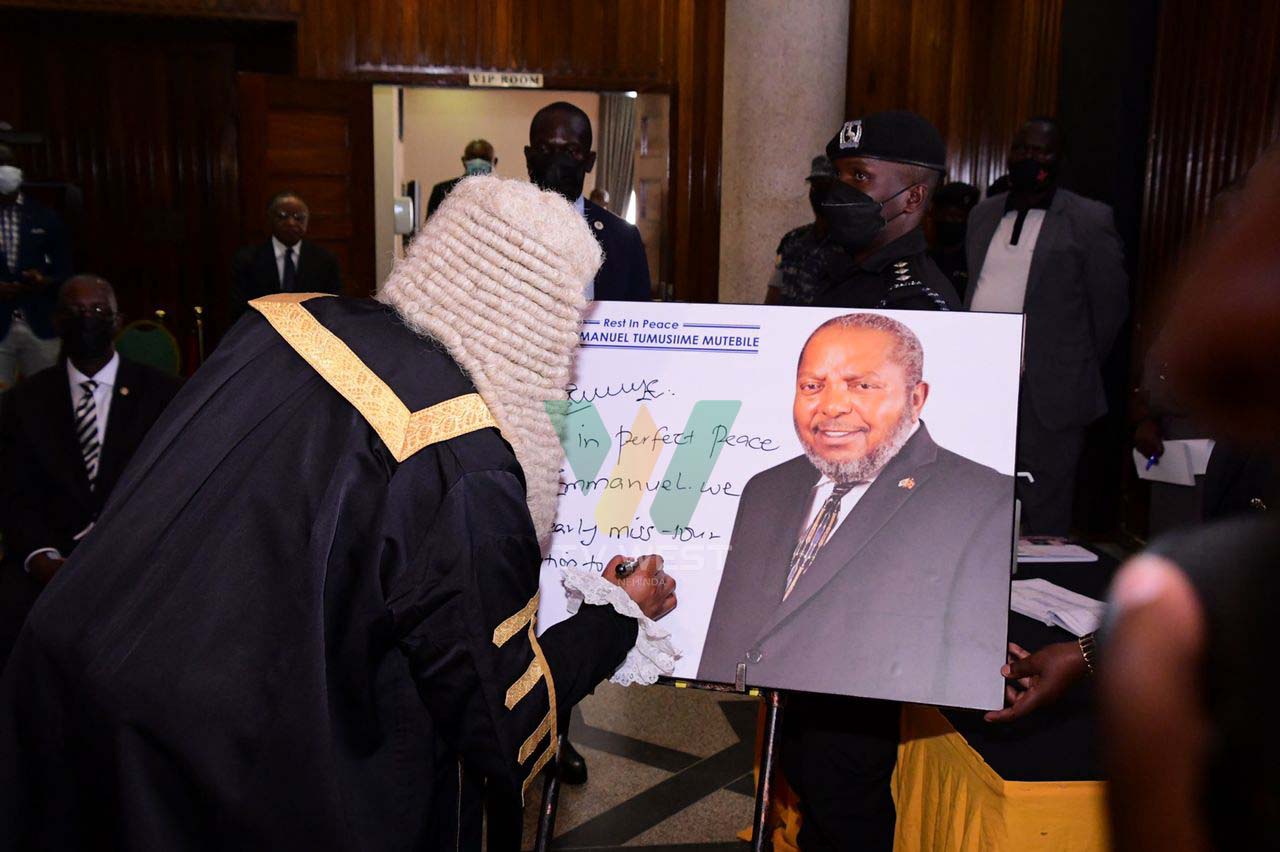 Ugandans are in shock following revelations that fallen Bank of Uganda governor Emmanuel Tumusiime-Mutebile could have ‘forgotten’ to build a residential home in Kampala. As such, they have branded as shameless a proposal by MPs that government builds a house into which to resettle the deceased Mr Economy’s family.

The shock is compounded by the knowledge that a recent probe by the COSASE led to the disclosure that the Governor was the highest paid civil servant, taking home a monthly salary of Shs57m. This was on top of other emoluments that included a house, a vehicle with a driver, a house help and other benefits-in-kind, all which are footed by Bank of Uganda.

While Mutebile lived largely as a patriotic legend who shouldered the Ugandan economy, events leading to his burial are also posing numerous questions that many Ugandans believe need to ignite a rethink of the country’s direction and priorities.

The latter manifested when, upon his death in a Nairobi hospital, National Unity Platform (NUP) supremo Robert Kyagulanyi decried the governor’s death from a foreign country.

“It is very sad that Prof. Mutebile has joined the long list of prominent Ugandans who have had to breathe their last on foreign land, most frequently in Nairobi-Kenya. There has been no serious effort to uplift the few health care facilities in the country, a reason why many people who can afford will be on the next flight for better treatment abroad. We must make a conscious effort to reverse this trend,” Bobi Wine said.

Indeed, Bobi Wine’s concern came to life on Tuesday night when the images of the Governor’s remains being repatriated off a plane went viral on social media.

However, more questions would arise on Tuesday when his body was taken to parliament to pay respect to him and appreciate his patriotic service to the country.

During the debate, Bukooli Central MP, Solomon Silwany, backed by Deputy Speaker Anita Among, shocked Ugandans who were watching from their homes and offices when he proposed an amendment to the motion for the family of late Mutebile to retain their home in Kololo (which is official residence of Governor BOU).

Silwany made the proposal to build for the Mutebiles a home in Kampala on grounds of concern that the family may not be certain of where to live once a new Governor is appointed at BoU.

Silwany reasoned that because Mutebile diligently served Uganda without any sense of corruption, it is only appropriate that Government awards him and other Ugandans of his ilk with a befitting sendoff and settlement for the family.

“It is known knowledge that Professor Mutebile was a very honest man and the fact that he was governor for Bank of Uganda for a very long time, the family may not have where to go. But these days, if people are in such positions, they amass a lot of wealth which this gentleman wouldn’t do. It would only be good if this Parliament supports the family to get a befitting home,” Silwany said.

But in case Silwany’s submission contained any ambiguities for the listeners and viewers, Deputy Speaker Anita Among’s substantiation of his motion painted the picture clearer.

Among narrated before the august house that during the vigil at Mutebile’s home in Kololo, his widow, Betty, expressed fears on where the family would relocate after the new Governor of Bank of Uganda is named and thus takes over the official residence.

“Whatever you are doing here, people are watching how insensitive you can be. What the widow talked all of us know Mutebile was corruption free and the widow said that when the Professor contract was ending, he asked the husband, where are we going and he said, God will provide and now you are becoming the God to provide,” the Deputy Speaker said.

When put into perspective, Mrs. Mutebile’s worries can only mean the governor had no residential home in Kampala, to which the family can relocate.

Prime Minister Robinah Nabbanja promised to engage the Executive and other stakeholders and report back to Parliament on what step the government will take in light of the family’s plight.

However, as Ugandans await the government’s response, many Ugandans feel the governor earned way too much and therefore building for him a house in case he never built one in Kampala sets a bad precedent for civil servants.

Many argue that all civil servants work for a pay and are therefore supposed to use their earnings to prepare for the welfare of their families during and after their life on earth.

As expected, many Ugandans took to social media to express shock at Mutebile’s failure to build a home in Kampala. Commenting on Facebok, a one Duncan, wondered thus: u mean he had not built his own house??? After 20 years working as a governor!!!

Irene Baguma remarked: “if in life he felt there was no need to own a house in Kampala then why are the living speculating what he needed?”

FDC strongwoman salaam Musumba simply said, “shame”. On her part, Hon. Evlyn said, “that means even when the president dies in office the state house shall be given to the family? Come on!! A public servant is always paid for the work he/she does therefore there’s no need to give them public assets after their death in office”.

Omoding wrote: we can as well reward him with BoU building along Kampala road. This level of mediocrity and political pettiness should stop!.

Meanwhile, the governor’s burial ceremony on Sunday will cost in excess of Shs400m. this is according to a budget drawn by the kabala district chairperson.

As per the budget, the hugest chunk of the money amounting to Shs244m will be spent on feeding mourners, Shs33m on works to improve the road to the burial grounds, while Shs131.6m will be spent on security. Mutebile, 72, died on January 23, 2022 in Nairobi, Kenya after a long period of battling diabetes.

He will be buried on Sunday 30th January 2022 at his country home in Ruhita, Kijuguta Northern Division, Kabale Municipality.