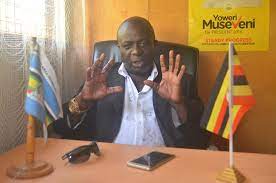 The NRM Diaspora League squabbles are yet to settle down after the league’s chairperson Hajji. Abbey Kigozi Walusimbi has accused one of his members Patrick Asiimwe of allegedly causing confusion in the league.
Walusimbi claims that it is Asiimwe who is behind the untold infighting within the NRM UK chapter, the reason it’s not about to settle.

“What we want now is to clean the UK chapter. There’s too much infighting. Asiimwe is causing this confusion because he’s still fighting with his members in London” Walusimbi who is also now the senior Presidential Advisor on Diaspora affairs revealed to this news site.

He went on ‘he even forges lists and puts people’s names without their knowledge’
Walusimbi’s outbursts came after information leaked that there are efforts to hold elections where some individuals want to oust him. So far, there are three people alleged to be interested in sending him packing among whom is a one Seruwagi (US) Kasambula (Sweden) and Asiimwe (UK).

This UK chapter has had challenges in the past which we ably reported here. The country was alarmed upon learning that one of the members of NRM UK chapter had registered it as a private company but the party intervened and the issue was reversed. We learnt that there are plans to hold elections soon to put things right in NRM Diaspora League. Watch this space!