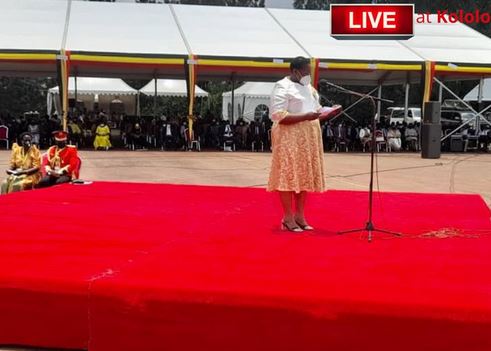 Patriotism means putting country before anything else. Presidency minister, Milly Babirye Babalanda, proved that she is a rare breed of patriot when she bravely MCeed at the NRM Liberation day celebrations while grieving her dad.

It should be remembered that last Saturday, January 22, 2022, the minister announced the death of her father, Mzee Sosani Magunda.

“Another sad day: With profound shock, I announce the death of my beloved father, Mzee Sosani Magunda. We are broken as a family. In God’s hands we place his soul. Burial will be next Sunday, January 30, 2022. BMB,” the minister tweeted.

The death of her dad sealed a double tragedy for ‘Mama BURDA’ as it came just a day after losing her personal secretary, Prossy Naggayi. Naggayi died on Friday January 21 at Nsambya hospital and was buried at Lwanda village, Kamuli road, Jinja city. Babalanda also confirmed Prossy’s death in a tweet.

“I regret to announce the death of my Secretary, Ms. Prossy Naggayi, who has passed on at Nsambya hospital this afternoon. Very sad day. Details and the subsequent program for burial will be announced later. BMB,” she announced in a Jan 21 tweet.

By all means, the deaths came barely 3 to 4 days to the 36th NRM Liberation day anniversary celebrations that were slated for Wednesday January 26, 2022. As per protocol, however, the Ministry for the presidency is the official MC for all key government celebrations including Independence Day, NRM Liberation Day, among others.

That, therefore, meant that with the celebrations’ preparations in advanced stages, Babalanda had to choose between going to grieve her loved ones and service to country by doing her ministerial duties at Kololo.

And while many people would choose family, Babalanda selflessly chose to serve her country first thus scheduling her dad’s burial for Sunday after the national event.

“I swear I would choose to mourn and bury my dad because I can delegate another official to stand in at Kololo,” remarked John Makata on Facebook.

Explaining Babalanda’s move, a close aide privy to her working methods remarked that there was no way Babalanda would have missed serving her country,

“First of all you must know that Madam (Milly) is a perfectionist who never wants to disappoint her bosses (especially President Museveni. She therefore had to ensure that everything moves smoothly so that there are no complaints,” the aide said.

Another source revealed that being a devout Christian (strong member of the Seventh Day Adventist Church community), Babalanda is aware that once someone is dead, all that remains is according them a decent burial. So, you can’t leave an important national event to organize a burial yet you’re not going to bring back the departed soul, it’s just logical,” the source said.

It should be noted that shortly before minister Babalanda assumed office, there were persistent complaints of shoddy organisation at national events, which often left the country and the party in shame. Therefore, it was only natural that Babalanda redeems the party and country’s image through excellent organisation.

“She is a hands-on person who wants to physically confirm that everything is perfect. That’s why she had to ensure that all is perfect,” a source said.

With the function done and dusted, Mzee Sosani will be buried at Nalinaibi village, Buzaaya, Kamuli district on Sunday. According to Faruk Kirunda, the deputy presidential press secretary, the burial will be preceded by a church service at Kireka SDA church on Friday (Jan 28, 2022) and a Vigil at Nalinaibi on Saturday. On Sunday, there will be a Church service for the deceased at Nalinaibi Primary school at 10am, ahead of his burial at 2pm at his ancestral home in Nalinaibi. 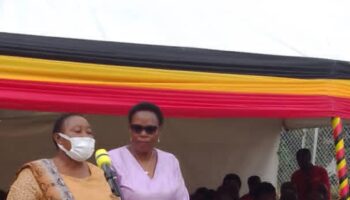 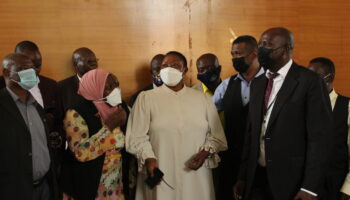