Panic as Bombs Reported at 3 Locations in Kampala 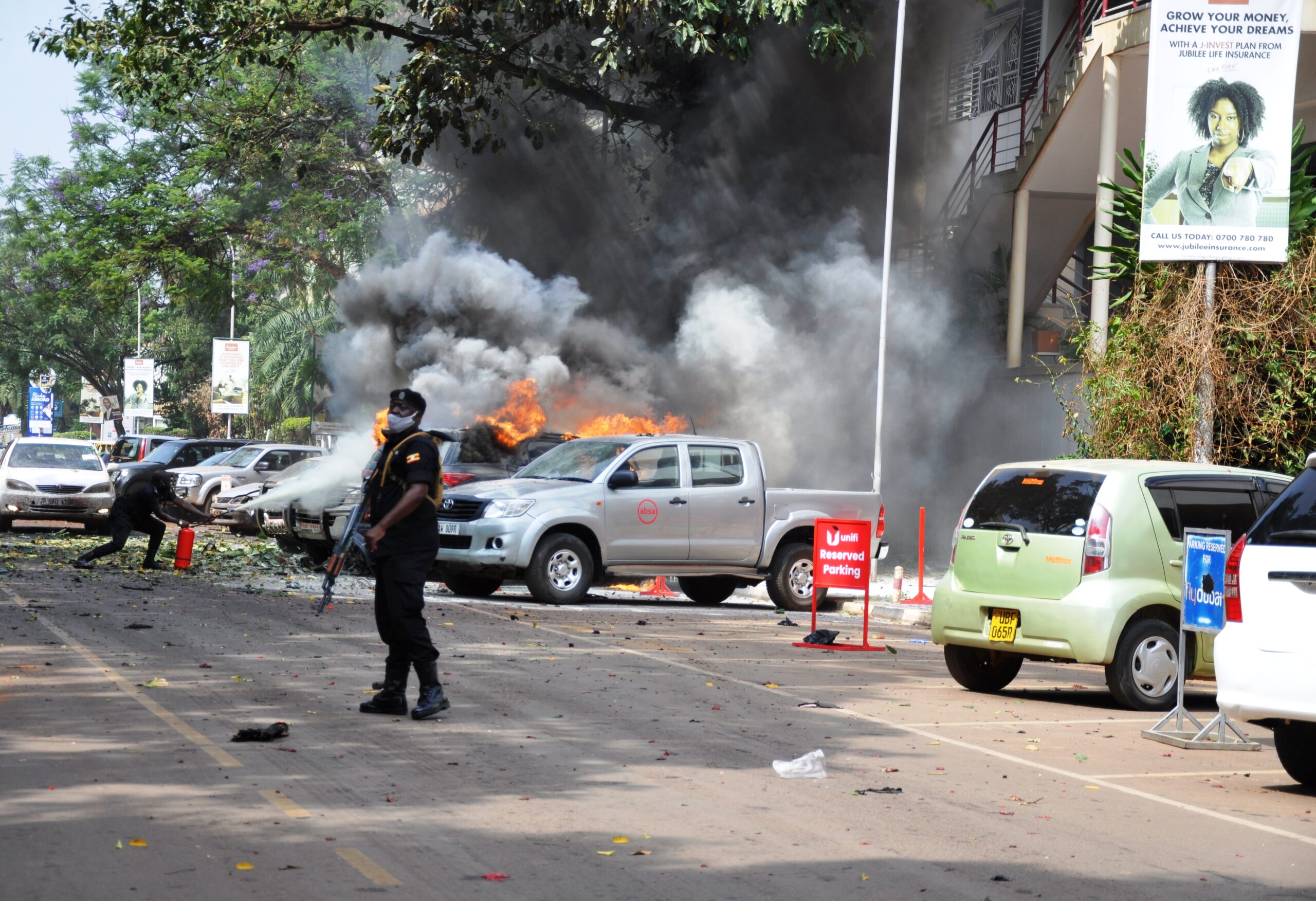 Panic ran through the hearts of Kampala city dwellers Thursday afternoon following reports of bomb attacks at three separate locations in Kampala. The first report was that of an alleged bomb explosion at the posh Akamwesi Mall in Kampala.

The reports of the said bomb were attributed to the Uganda Red Cross Society, which reportedly rushed to the scene to help in treatment and evacuation of potential victims. However, calm was soon restored after it was confirmed that the report was a false alarm.

The false alarm was confirmed by Police which rushed to the mall and upon taking statements from the security guards, confirmed that there was no such explosion. Another scare was reported at Kyebando, where it was claimed part of the northern bypass had been sealed off as police investigated reports of a bomb in the area.

However, it also turned out to be a false alarm. Later, it was also reported that another bomb had been discovered near Kabalagala Police Station in Makindye division. A source claimed Police had also sealed off the road so as to defuse the bomb.

By press time however, police was yet to issue statements on the incidents. The reports come on the heels of Tuesday’s twin bombings in Kampala which left seven people dead and scores of casualties.

Police, the US and other organisations came out to condemn the senseless attacks which President Museveni said were orchestrated by ‘pigs’ aligned to the terrorist ADF group. Later however, the ISIS, a global terror group, came out to claim the attacks.

According to a message issued via its Telegram channel, the group said the suicide bombings were a retaliation to Uganda’s onslaught against the group in the Central African Republic. President Museveni will address the nation on Saturday and high on the agenda will be the increasingly fragile security situation in the country.