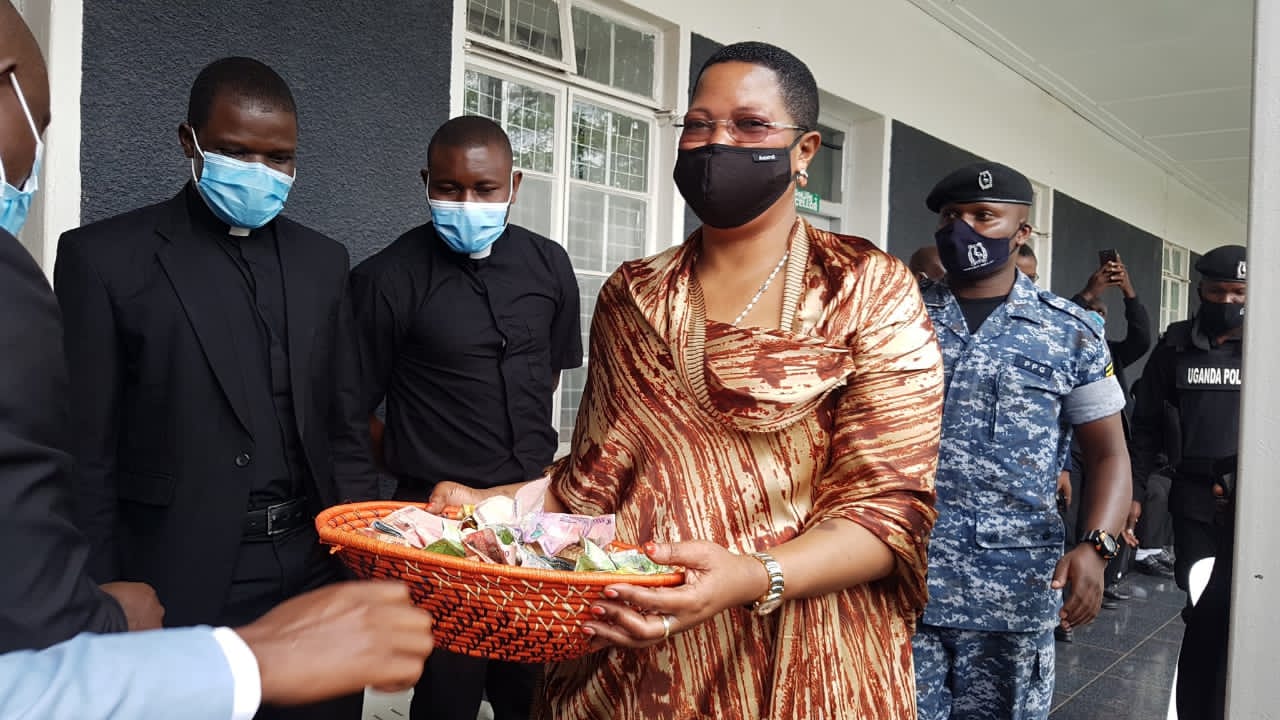 Congregants at Virika Cathedral have a reason to smile after their desire to renovate their church was boosted with shs100m.
The cash has been given by deputy speaker Anita Annet Among who officiated at the launch of the fundraising drive for the repairs on this cathedral situated at Fort Portal in Fort Portal City.

In total, the cathedral requires shs2bn and that on today’s function where Anita was the chief guest, a total of shs200m was raised both in cash and pledges.

“I want to encourage well wishers to continue sending contributions. We may not raise all the Shs2 billion today but we shall do it over time” she noted as she contributed Shs100m towards the repairs of the Cathedral.

Anita counseled well wishers that there are blessings in building God’s house. To prove how serious she wanted the work done, Anita moved the basket around for contributions from the congregation attending the fundraising drive, attracting applause.

“This is one sign of good leadership. A good leader has to be of an example. Thank you mama Bukedea for the loving heart and continue serving the country whole heartedly” the locals cheered.