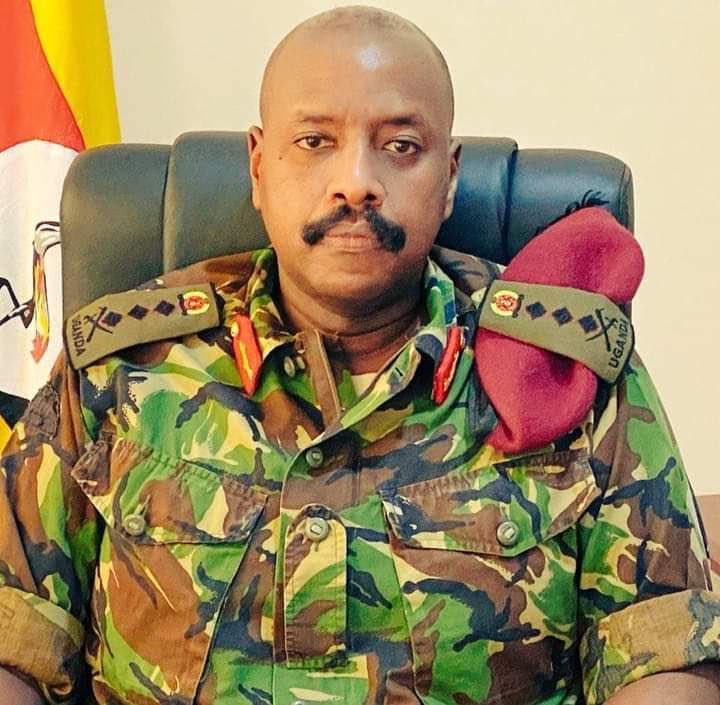 The Commander Land Forces Lt. Gen. Muhoozi Kainerugaba has received a major boast for his presidential bid after youths and grannies in Busoga sub-region have endorsed him.

To prove their loyalty and love for the first son to succeed his dad Gen. YK Museveni, the region through one of their sons James Mutyabule known by stage name as FODA MAN have outted a song praising and endorsing Muhoozi.
In the song that has exclusively leaked to this new site, the Basoga describe Muhoozi as a disciplined, selfless and patriotic person to lead Uganda.

“Muhoozi does not discriminate. He’s generous and hardworking. Many people have abandoned Busoga but Muhoozi is different. We welcome him. He’s the right choice for us as Busoga. He’s supported by the children, youth and old” says the message in the 3:57minutes song.

The song also goes on to allude to the fact that whereas other well to do people prefer taking their kids for studies abroad, Muhoozi opted to study from Uganda.
“There’s totally nothing to accuse Muhoozi of. He is Uganda’s light and we fully support you” FODA MAN backed up by other members says in the song.

Muhoozi is currently in the news for begining a new wave of youth targeting power. He has held birthday fetes crowned at Entebbe cricket oval where he announced his presidential ambition.
Here it is for you to listen to it!