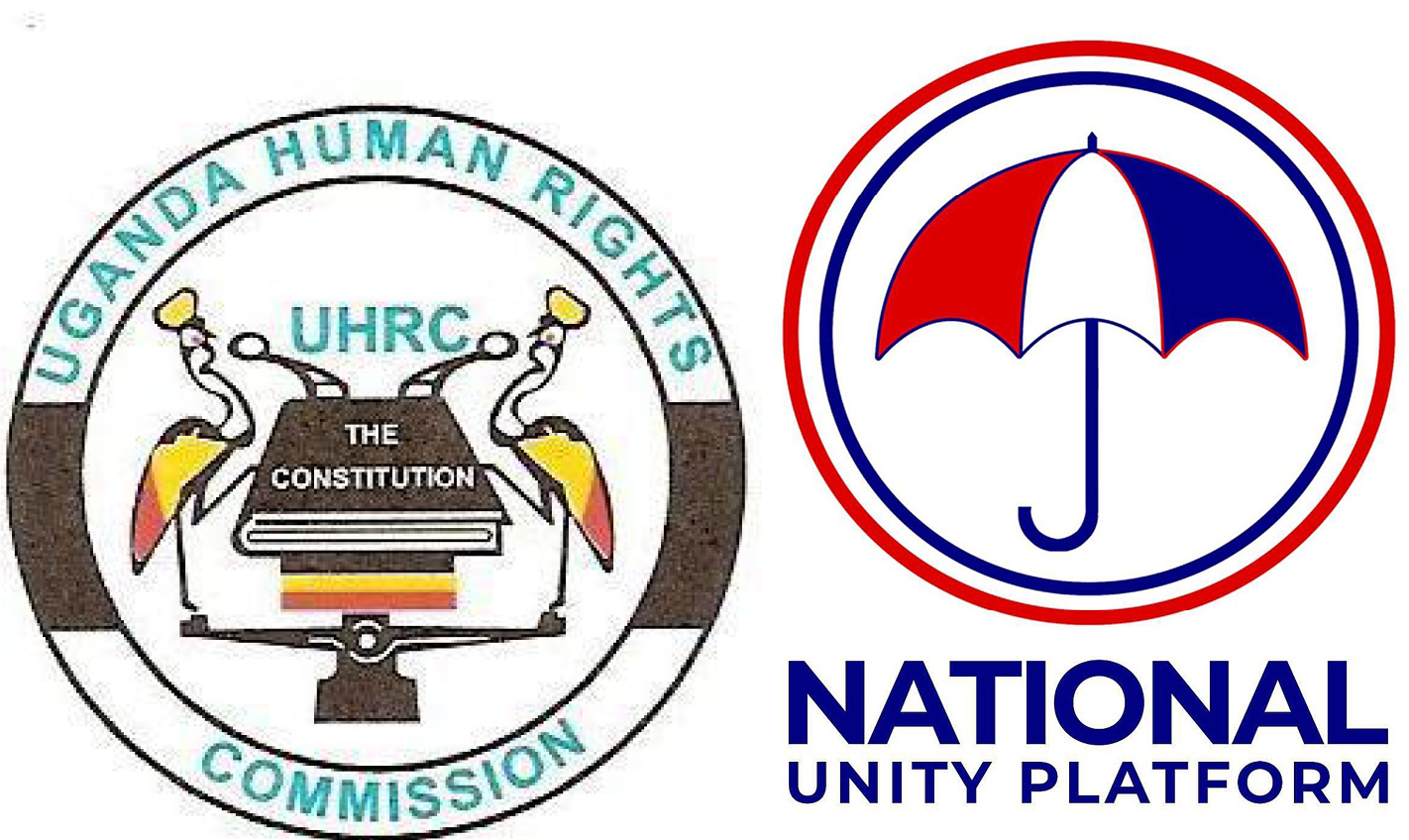 The Kamwokya based political outfit booked itself in the wrong books of many Ugandans after it issued a defiant statement ridiculing the Police and UHRC for calling for investigations into the brutal acts of mob justice which were meted against NRM supporter Ivan Kamuntu Majambere aka Mpologoma ya Museveni.

As per video footage which went viral on several media platforms, Majambere was beaten to pulp by people thought to belong to NUP.

Police later released a statement in which it confirmed that the perpetrators of the mob violence were actually NUP party supporters.

“The burial process that was progressing well with tributes in memory of the late Jakana, was disrupted by NUP activists chanting party slogans at the funeral. Their actions escalated into a violent attack and assault on Mpologoma Majjambere, an NRM political activist, who attempted to stop them from politicizing the funeral. The victim was roughed up and repeatedly hit with chairs and blunt objects, before sympathizers came to his rescue. Several video clips showing how the victim was violently beaten, have been retrieved,” in part read a statement released by the police.

It added: “We have noticed that such violent and disruptive behaviours during funerals majorly by opposition activists is becoming common. And it is against this background, that we call upon individuals and political groups, to stop such inhuman behaviors at funerals. Burials should be handled with utmost respect and not motivated by politics of hate and discrimination. We want to warn all individuals and groups that continue to glorify and instruct their radical supporters, into creating violence at funerals and other public events, that we shall pursue and bring them to justice. For those who perpetrated violence during the funeral, we wish to inform them that their actions were unjustified and uncalled for. As a result, a serious manhunt for all of them has begun. We shall not rest until when they are brought to book.”

Hours after the Police released their statement on the matter, a section of NRM party officials led by Information Minister Dr. Chris Baryomunsi and Deputy Presidential Press Secretary Faruk Kirunda petitioned the Uganda Human Rights Commission to speak out on the rights of Majambere.

In their viral petitions, the officials specifically accused the UHRC of always coming out loud whenever rights of opposition functionaries (including NUP members) are trampled upon.

Consequently, in its usual balanced approach, the UHRC through its chairperson Mariam Wangadya issued a statement on the Jakana burial fracas.

In the statement issued last Wednesday, the Rights Commission called upon Ugandans to exercise tolerance for divergent views, arguing that that is the way through which to end acts of mob justice, violence and hooliganism in the country.

Wangadya also reminded citizens of their duty to promote rule of law by cooperating with law enforcement agencies to maintain law and order in line with Article 17 of the Constitution. She noted that failure to observe the same results in mob violence, whose far reaching effect is disregard for human rights as evidenced at Jakana’s burial. Wangadya explained that if either party had exercised tolerance and respect for views from either side, Late Jakana would have been accorded dignity of a peaceful sendoff while Mzee Nadduli would also have sent off his son in a respectable, dignified and tranquil manner.

“The commission is appalled by the violent actions and indecent behavior exhibited by a section of mourners. The commission condemns the incident which not only disrupted the burial ceremony but also infringed on the rights of the family and others present to mourn their loved one in peace….” Wangadya stated. It is worth noting that a grieving Mzee Nadduli had to be whisked away from the fracas and forced into his house and locked therein when the mob violence escalated.

And just like the Police, she called for investigations to get to the root of the matter with a view of prosecuting the perpetrators of the violence so as to accord justice to Majammbere.

Following the issuance of the statement, the opposition National Unity Platform on Thursday reacted with a statement condemning the UHRC and police for calling for the investigations into the fracas.

In their statement, NUP specifically claimed that the police and UHRC fell short of criticizing Majambere whom they (NUP) accuse of intimidating and threatening their party members.

They thus termed UHRC’s statement as outlandish, surprising and disgusting for allegedly not speaking out and condemning the human rights abuses committed against NUP supporters, most notably their abduction, torture and kidnap.

As well as calling the Police statement ‘partisan’, they went personal on UHRC boss Wangadya, labelling her a sycophant who was put in office to serve the interests of president Museveni.

“This is what Gen. Museveni has done to our country. He has packed all institutions with sycophants ready to do his budding at any time,” the statement read, in part.

Ugandans Not Amused By NUP Insults

However, NUP’s insolent reaction to UHRC’s statement was criticized by a section of the public, with many calling for the party leaders to contain their supporters instead of always attacking the UHRC and other government institutions.

These ‘tired’ Ugandans took the fight to NUP boss Bobi Wine’s twitter handle and bombed him with brutally honest replies to his post which they termed as ‘sympathy-seeking’. Below are some of the comments in which NUP was advised to put its act together instead of always jumping to scapegoat government officials and institutions:

@GatsFred kicked off the expression of disgust by condemning NUP’s tendency to criticize the UHRC and police by terming every (lawful) arrest of its supporters as kidnap or abduction.

“…don’t be diversionary & contradictive, it’s well known that any kind of “ARREST” is described KIDNAP/ABDUCTION according to NUP interests, so we disregard the blame put on @PoliceUg & @UHRC_UGANDA for being silent on the mentioned allegations, since this appears false.”

@NagayiPriska: NUP will never cease to surprise me. Always seeking sympathy and attention from the public. For sure you have divided Buganda.

@GatsFred21: @NUP_Ug This is also to remind you that, your camp is known for defending criminals, how would you blame @PoliceUg for making a partisan statement, yet if you keenly watched the video, most of perpetrators were donned in NUP attire & u wished him to sugar coat it favor of these hooligans?

@Franklysaved78: @NUP_Ug You’re nothing more than attention seekers and have a lot to learn. In some instances you’ll learn the hard way!

On his part, Tumusiime Cyrus @CyrusTumusiime challenged NUP thus: “@NUP_Ug Does it mean you should resort to mob justice. You can do better.”

@nbryanzofficial: @NUP_Ug Stop bringing fake information… when will u stop bringing nonsense to the public… you’re well known for causing harm to Ugandans and shouting and misleading youths. Please calm down, stop fighting for cheap popularity

@drakesunday3: @NUP_Ug actually this document is an insight of violence. If it cannot condemn what NUP supporters did?