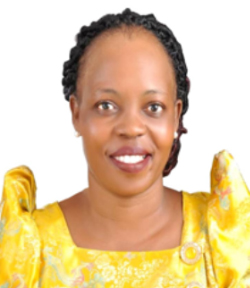 The politics of Sironko District has reached an interesting level. With a plot by ruling party NRM to oust FDC long serving MP and secretary general Nathan Nandala Mafabi in Budadiri West, even the position of Woman MP has been incorporated under the Bayobo movement of sorts. In this expose, we reveal what our Inspectors tabled before us in regards to the Bayobo project in Sironko.

Since the creation of Sironko District, the position of Woman MP has never been according to Inspectors, tasted by a woman of Buyobo descent. This is the issue now on the table!
It started with veterinary doctor Beatrice Mukaye Wabudeya as woman MP.
Mukaye is a Musiita who’s married to Mr. Wabudeya a Muwalasi living in Budadiri West. Mukaye is said to be born from Budadiri East represented by Isiah Sasaga now.

When Mukaye chose to dislodge Nandala in 2011, the woman MP seat was grabbed by Femier Wadada who hails from Bumasifa also in Budadiri East. In 2016, there came Florence Nambozo Wamala who’s a Musiita also from Budadiri East according to Inspectors.

Budadiri East is said to be a multi-lingual/ethic area unlike Budadiri West which has two major sub clans called Bayobo and Bawalasi. The Bayobo make about 50% while Bawalasi are about 40%. The rest of the (migrant) tribes are 10%.

And yet, according to Inspectors, the Bayobo and Bawalasi during CA had a mutual understanding to rotationally share the political seats between themselves, the reason Prof. Dan Nabudere only served for one term (CA) and left David Giruli (Muwalasi) to takeover in 1996. The project however, died in 2001 todate.

We’re told whereas the issue has been on Budadiri West, now the same Bayobo elders are widening the net to include even the woman MP seat. The claim is that for the last 25years, the Bayobo women have lost out on this seat with all representatives hailing from Budadiri East yet they also have capable women to lead the women.

It is against this background that the Bayobo elders have allegedly taken a decision to support a one Asha Lumolo Nabulo for the woman MP seat.
“The support for reclaiming what belongs to the Bayobo must be as a bloc. We shouldn’t split the vote now. Whatever political baggage her father may have, that doesn’t count now. It will be for another day. We want a Muyobo daughter Asha and a Muyobo son Mashate” says an Inspector.

She’s said to be a Muyobo but married in Sironko town Council to a Mugwere husband. Her hubby is a serious tycoon Hajji Mutwalib Kafo who has made tremendous donations to the Muslim community including a house to UMSC to act as it’s electoral facility for all greater Bugisu Muslim elections.

He’s well respected to the extent that Mufti Mubajje easily attends his functions whenever invited to grace them. Kafo is said to be a director of Mpogo Islamic Center which is said to be doing well partly in bankrolling Asha’s developmental projects in Sironko.
However, in Buwalasi which includes Buwalasi Subcounty, Bubeza Subcounty, Nalusa Subcounty, Biyiki Subcounty and Kama among others is also being mobilized by Mashate who’s a born of Bugwagi around Nagudi rock.

“All these subcounties are Mashate strongholds which the Bayobo have asked him to popularize Asha as well in addition to her own strongholds of Sironko town Council” says an Inspector.
We’re told so far, politics in Sironko seems to be entrenched along Bayobo liberation after decades of domination by other tribes.
“The overstaying of Budadiri East in woman MP seat and the disgruntlement in Budadiri West is something Bayobo view as betrayal and being taken for granted” says an Inspector knowledgeable on the Bayobo movement plan.

However, even as Asha is being fronted, she must be ready to face youthful Asia Nagudi who hails from Bugusege and a muzzukulu to a prominent businessman Wetaka Gizaza. Bugusege is the border between Buyobo and Buwalasi meaning, Nagudi may be a serious threat besides the incumbent Florence Nambozo Wamala. Watch the space!