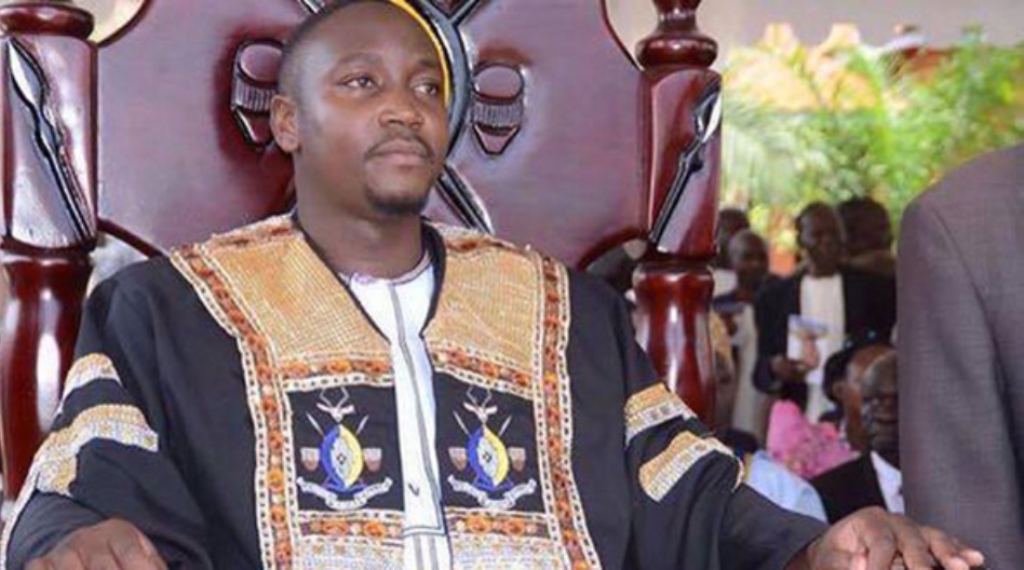 On Friday, the Basoga were thrown into a frenzy after a letter purportedly authored by Busoga Kingdom hereditary Saza chiefs emerged showing that King Gabula had been ousted.

In the public notice and declaration dated January 3, 2022, these chiefs under their umbrella Chiefs Royal Council communicated that His Royal Highness Gabula was no longer the Busoga Kingdom Kyabazinga having been replaced by Bukono Crown Prince, Edward Columbus Wambuzi Muloki.

“Aware that it is in the best interest of the Obwa Kyabazinga Bwa Busoga to at all times have a reigning Isebantu Kyabazinga elected by the Chiefs Royal Council in accordance with the constitution of Obwa Kyabazinga bwa Busoga from among the 11 chiefdoms… Now therefore the Chiefs Royal Council upon removal of HRH William Wilberforce Gabula Nadiope IV as seating Isebantu Kyabazinga, unanimously reaffirm and declare HRH Edward Columbus Wambuzi Muloki, the Zibondo of Bulamoji as the newly legitimately elected Isebantu Kyabazinga of Busoga as it were on 31st October, 2008,” read, in part, the Royal Chiefs’ document which was received by the Office of the Speaker of Parliament and Ministry of Gender on 12th January, 2022.

However, once the letter went viral, the Kyabazingaship came out to dismiss Gabula’s dethronement. In a January 14, 2022 statement, Busoga Kingdom Prime Minister (Katuukiro) Dr. Joseph Muvawala urged Basoga and the general public to disregard the fake reports and ‘treat them with the contempt they deserve’.

He guided that as per Busoga Kingdom constitution, the Kyabazinga once elected, reigns till death. He thus noted that only God can ‘dethrone’ Gabula through death. Muvawala then confirmed that there was no panic at Bugabula and that all the kingdom’s structures and organs were fully functional. “HRH William Wilberforce Gabula Nadiope IV, the legitimate Isebantu Kyabazinga of Busoga Kingdom as duly elected on 24th August, 2014, enthroned on the 13th September 2014 and duly gazetted by the government of Uganda on 24th June, 2019 under general notice number 649 of 2019 is firmly in office and performing his functions as enshrined under the Obwa Kyabazinga Bwa Busoga Constitution and the relevant national laws,” Dr. Muvawala said.

Muvawala further termed the purported dismissal and or election of a new Kyabazinga as false, illegal, misleading and intended at creating disunity in the kingdom. The latter part of the Katuukiro’s statement rhymes in tandem with observers who particularly argue that anti-Kadaga forces are likely to be behind the latest coup plot.

It is worth noting that at the height of the battle for Kyabazingaship between Gabula and Wambuzi, then Speaker Rebecca Kadaga rallied behind Gabula from Budhumbula Palace in her native Kamuli district. Conversely, her nemeses including Persis Namuganza rooted for a Wambuzi kingship. At the end of the day, however, Kadaga’s candidature took the day. It is said, however, that as a loyal protégé, Gabula has remained firmly under Kadaga’s wings and the two have held joint projects and programmes aimed at uplifting Busoga.

This, sources told us, has cast Gabula in a virtual political fight that places him in the shadow punches aimed at Kadaga.

“Many anti-Kadaga forces believe the Kyabazinga is more or less an extension of Kadaga. There is thus a deliberate effort to shake him so that he can be aligned in the right lane. The anti-Kadaga forces know they need him on their side for future political calculations now that they successfully trimmed Kadaga’s powers by uprooting her from the speaker’s office,” a source said.

It should be noted that there are reports of a covert operation by anti-Kadaga forces to completely fumigate her from Kamuli district, with the ruling NRM Party intent on reclaiming it from opposition tendencies. This theory stems right from results of the previous general elections which showed that NRM candidate president Museveni was badly defeated in Kamuli which Kadaga represented and still represents as Woman MP. In fact, this was the tramp card that her detractors clang onto while decampaigning her in the recent speakership race.

It is therefore not surprising that about a month ago, Depputy speaker Anita Among announced herself as the new Mama Busoga, conferring upon herself a title held by Kadaga. While it is still too early to read into Among’s utterances, exclusive reports show that the Deputy Speaker will likely stand in Busoga having earned the right to do so by her political alliance with Budiope MP and FUFA president Eng. Moses Magogo. It is actually said that even in the previous elections, Among heavily involved in campaign efforts which led to the defeat of many Kadaga allies.

However, some observers argue that it might be impossible for Kamuli to get a new Mama Busoga for as long as Kadaga still enjoys a cordial relationship with the Kyabazinga whose support base is mainly concentrated in Kamuli and Jinja districts. “The calculation therefore is that once you shake the Kyabazinga by stirring up such troubles, you could also easily squeeze him into shifting his allegiance. This is cognizant of the fact that it is under him that the constitution was changed from a time-barred changeover period to a one dictated by death of a reigning Kyabazinga. But let’s wait and see what happens,” the source added.

The Gabula-Wambuzi fight for Kyabazingaship is not new in Busoga, having started in 2008 following the death of HRH Henry Waako Muloki on September 1, 2008. Once his father died, Prince Wambuzi was controversially elected the Kyabazinga on October 30, 2008 to ostensibly replace his dad. However, the royal chiefs protested, citing a breach of the constitution which calls for rotation and not succession of the Kyabazinga.

Wambuzi was then dethroned and Gabula then unanimously elected by the ten Busoga Royal Chiefs who convened at Bugembe on August 2014, 2014.Gabula was approved by the Busoga Lukiko (Parliament) on September 25, 2014 and later crowned the 4th Kyabazinga of Busoga at Bugembe on Saturday, September 13, 2014. His coronation brought to end a power vacuum which saw many pretenders claim the Busoga throne as well as heated politicization of the whole matter by opportunistic political players.