Why Speaker Among Decision To Probe Ssenyonyi’s Cosase Is Bad News For LoP Mathias Mpuuga! 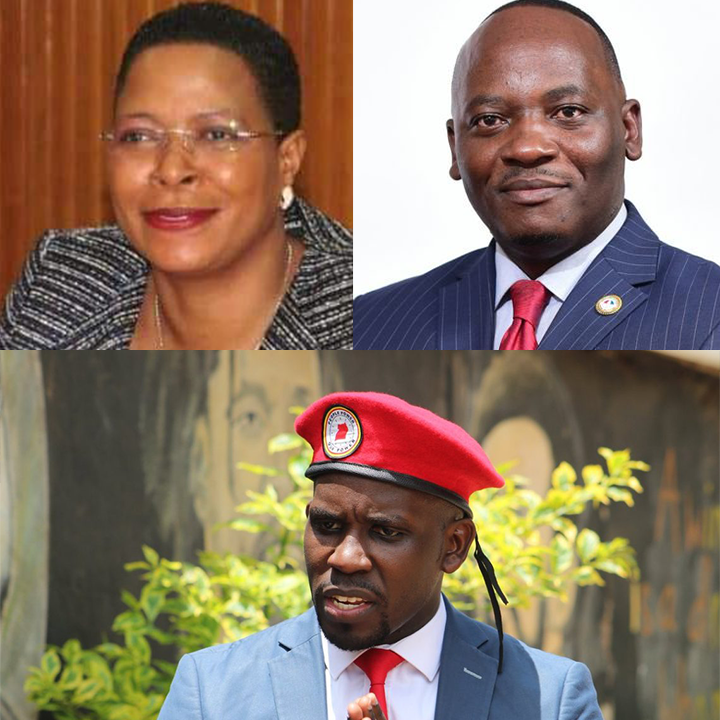 Yesterday’s decision by speaker of parliament Anita Annet Among to order an audit into the operations of the house’s committee on Statutory Bodies (COSASE) has taken a new twist.
We understood that whereas the ruling party-NRM side came up with a workplan for all it’s Chairpersons heading parliament committees for ease of work, the opposition side led by Mathias Mpuuga allegedly slept on this issue.

As we speak, the opposition is in total disbelief that it’s committee on State Enterprises and Statutory Authorities (Cosase) is ranked the top sleeping committee among committees of the house. Cosase is headed by Nakawa MP Joel Ssenyonyi (NUP) whose authority is threatened with sanctions in case a special audit ordered by the speaker into the committee’s laziness zereos down on him as it’s chairperson.

For example, out of the voluminous reports totaling 107, the Ssenyonyi committee has only been able to handle three and yet new more reports have been tabled by the AG this morning.
“Big talking, less work! Why shame this house? The speaker had no option but to adopt the AG reports as they are since COSASE has become unserious. It’s not the first time this is being done because in the last parliament, it was the same thing that was done in a motion moved by hon. Nandala Mafabi” says an Inspector.

Inspectors said the actual reasons the speaker had to swing the decision were two!
The first was the fact that donors were accusing parliament and government in general of shielding crooks in government by failing to act on accountability queries raised by the Auditor General.

Secondly, it was reported that Ssenyonyi and his committee seemed to be in a secret league to aid thieves in government go Scot-free as some of the possible key witnesses die in the process of delayed investigations.

“We have never seen a workplan from these people. We want the LoP to tell us what he tells these Chairpersons of committees headed by the opposition. Does he have any? The NRM chairpersons have got these workplans as guided by the Chief whip. What is LoP doing? Why is Cosase letting parliament down on pursuing those involved in misappropriation of government funds and abuse of office? What does the public want the speaker to do? She had no option but to freeze all it’s work and adopt the reports as they came to parliament” a senior inspector added.

We have learnt that Cosase is one of the heavily funded committees that speaker Among wonders what they do with those funds allocated to them.
“They spend funds on trips. They give less priority to their responsibilities in the house. We’re not here to represent ourselves, but the public. The public needs value for money which unfortunately, Cosase seems to be against” says a top inspector.

As if to skin him more, another member who heads the local government accountability committee Martin Ojara Mapenduzi said the speaker’s decision to adopt the AG reports as they came wasn’t strange as it also happened in the last parliament.
“There’s a precedent set in the 10th parliament. We all know that justice delayed is justice denied. We need to adhere to our rules and also the constitution. These AG audit reports have a time frame within which action should be taken on them” he says.

Speaker Among yesterday directed a special audit into the activities of Cosase led by Ssenyonyi accusing him of leaking the committee report into the investigations against Uganda Airlines and also laziness of this committee.
Among said parliament would not accept the leaked report but instead, it will adopt the AG report and also all the remaining reports as tabled by AG. Her actions therefore, makes Cosase apparently redundant since there’s no work for them to execute until new reports by AG are tabled.

“Hon. Members, we’re going to adopt the Auditor General’s report because the one of Cosase was leaked out to the public before we could debate on it” Among said adding that parliament was still investigating who leaked the Cosase report into Uganda Airlines and also ordered an audit into the performance of Cosase.

“I noted yesterday that the performance of Cosase in processing the auditor General’s report 2020/2021 has been a cause of concern to this house. And failure for the committee to do it’s work is an indictment on the house. First on the committee then on the house. When someone fails, you all fail and we have all failed” Among told the house plenary yesterday. The 10th parliament on June 30 2020 adopted a motion moved by then PAC chairperson Nandala Mafabi allowing parliament to adopt all the reports of the AG that had not been considered by the accountability committees without scruitiny but consider generalized committee recommendations. The motion was meant to clear case backlog in order to allow the new parliament begin on a fresh footing, meaning Among’s latest action is guided by a precedent set by her predecessors.

Meanwhile, the speaker this morning received the new AG reports for the year ended June 2022 in what seems to be a new lease of life to Cosase to continue working.
Watch this space for Cosase movie!