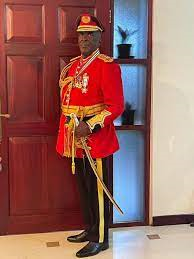 Afew days ago, president Museveni appointed a line of people to be ambassadors. He also reappointed and disappointed some lot. Those dropped included former FDC MP Micheal Ocula who was fired as Uganda’s ambassador to Cairo. Others are DP’s Mohamed Kezaala among others.

But of particular interest is the fact that he appointed some new names and retained others in what has left the public drawing mixed reactions. But what made Museveni make such a decision? What are his calculations? Our Inspectors have landed on these clues!
Read on.

On the list of appointment, he appears as number 5. His appointment came as a surprise to many but those who know NRM history expected it. The former MP for Nyabushozi county lost his MP seat. All along, he had been struggling to appear on any cabinet list as a minister but it seems Museveni didn’t see him as a potential minister. The former executive director of National Enterprise Corporation (UPDF business arm), Mwesigye is among the first NRA recruits who attacked Kabamba.

He is actually number 7 and throughout Museveni’s activism as a UPM man, Mwesigye was his body guard. On top of that, Mwesigye is linked to the first family where is among the in-laws according to details.
“Therefore, even after losing his MP seat, it was only natural that he could scoop a position. His appointment to Dar-es-Salaam is aimed at overseeing the implementation of the lucrative Oil pipeline deal” says an inspector.

Inspectors added that Mwesigye’s failure to join cabinet even after having defeated a former minister Mary Rutamebwa Mugyenyi and stagnation in military rank was informed by the fact that he was among those NRA soldiers who amassed wealth after capturing power.

It was revealed that Museveni runs two approaches among his forces. When he gives you a rank, he keeps you busy on the job and you don’t do business, but when he gives you money (business) you lose out on rank. This is why some top officers remain without tangible businesses yet lower ranked officers may be running multi-million accounts! Col. Mwesigye got business and hence stagnated on a military rank! One will find him running lucrative businesses such as Forex exchange and indeed he allegedly has a Forex Bureau among many other businesses.

No wonder during his stay in the army before joining politics, he served in NEC as ED although his reign there attracted the attention of the Auditor General and therefore parliament’s PAC.
He is a known NRM cadre who can’t oppose Gen. Museveni even if he chose to take his own home in public interest.

Surprisingly, Gen. Rusoke hails from the same sub county (Burahya) with Brig. Ronnie Barya and Col. Stephen Basaliza. Museveni has since appointed Rusoke and Barya to foreign service. Rusoke is allegedly the man behind the positive attributes we see in the UPDF and he is most senior military officer from Tooro sub region. He is the man Museveni assigned the role of reforming the army which later gave birth to several reforms including creating various offices like that of Chief of Defense Forces.

He headed the Defense Reform Unit which traversed the country consulting on how UPDF could be professionalized. Unfortunately though, inspectors suggest Rusoke is one of those whose hearts are bleeding within especially when some of the commanders/soldiers try to spoil the seeds he sow to have a reputable force. Recently, Museveni appointed him as the overseer of COVID-19 SOPs implementation, a task he has been doing before being posted to Kigali.

His posting to Kigali however, comes with challenges according to Inspectors. To begin with, Kigali has in the past two years proved hostile to Kampala administration. It even closed her borders. This means Rusoke will not enjoy his stay there fully as he might also be under close surveillance. We are informed that trade wise, ambassadors benefit more when there’s cross border harmony to allow trade. This is currently no more between Uganda and Rwanda.

“People are using air transport. There’s no free trade going on. It’s a challenge to the new ambassador who must work towards normalization of relations, otherwise, he will be a regular resident at his home in Kampala” an inspector said adding most of Uganda’s security attaches to Kigali spend much of their time in Kampala due to icy relations that exists between both countries and lack of cross border trade.

Tiperu is a former legislator both at national and regional assemblies. She has tried to fight to return to Ugandan parliament but all in vain. Her last chance was in 2018 when she struggled to come as Arua municipality MP but was trounced by Kassiano Wadri. Her appointment therefore was seen as a move to make her survive since she has been grassing. She’s an NRM cadre with no questionable strings on her. She adds on the number of Muslims to be appointed to foreign service.

She’s a former state minister for water before she resigned to take up a UN job. Known for her efforts to end the Kony war, Bigombe is largely part of the wider project by Gen. Museveni to cement his relations with the Acholis after decades of suffering in IDP camps. Her posting is according to Inspectors partly meant to appease the Acholis for finally fully embracing the ruling NRM politics manifested in their voting pattern this year.

Performance And Lifestyle Audits As A Cure For Corruption