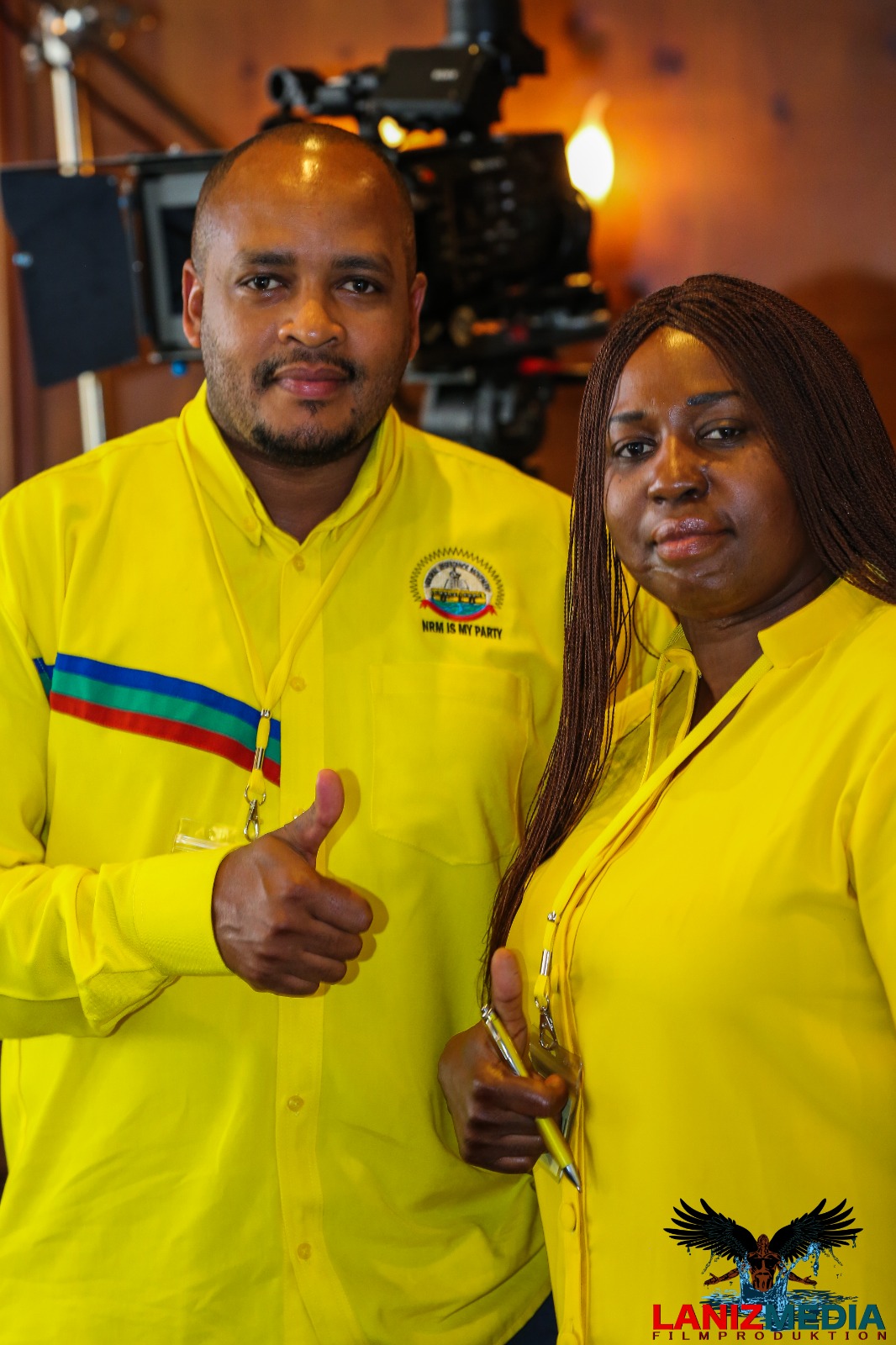 Lillian Ikulumet with a delegate pose for a photo

The NRM a week ago held it’s First European Diaspora Convention 2022 in Munich-Germany. The function which attracted several participants from Scandinavian countries, Europe and German itself, was held under the theme ‘Caltivating a Future for Uganda’

The faces behind it were Micheal Lwanga (chairman) and Gen. Museveni’s blue-eyed gal Lillian Ikulumet (Organizing Secretary) and was also attended by the NRM Secretary General Richard Todwong together with the NRM director for external affairs Maj. Pollar Awich. The organizers are still thankful to Gen. Museveni who’s also the NRM boss for funding the convention.

After efforts by opposition activists to frustrate it landed on rocks, the conference which successfully sat in a secured location in Munich, discussed a range of issues affecting Ugandans in Diaspora and also various opportunities available for Uganda in German in areas of tourism, education among others. The function was punctuated with pomp, merry making, building networks, sideline meetings among others as our Inspectors captured the events in pictures. The function also came up with a special magazine which we swear, will make NRM heads back in Kampala commend the organizers for being innovative. In these pictures, we bring you the convention proceedings for your consumption.