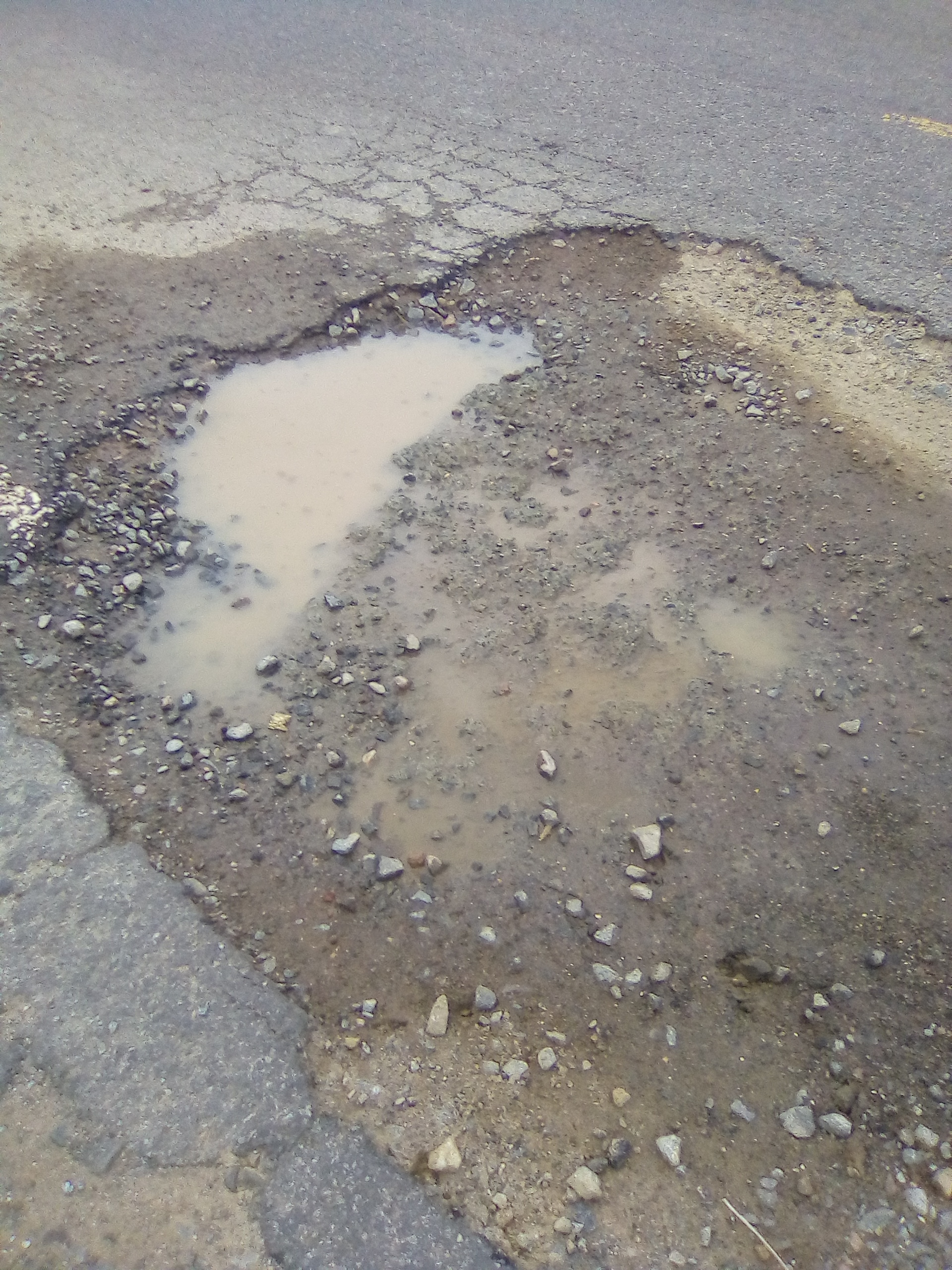 By Henry MULINDWA
In West Nile

Bump, bump, bump, bump…..’Driver please go slow’.
This is a common statement among those traveling to and within West Nile as the cars keep hitting mega potholes that punctuate the road infrastructure!

“You’re telling me to go slow’ but what don’t you see? I have to save some fuel also” reacts an angry driver as passengers ask him to drive slowly because of potholes. As for the cars that keep breaking down on this road, one cannot count!

The road is bumpy that if one saves a litter of fuel, he will not survive a puncture, breakage of shock absorbers or springs!
No wonder, those with money especially Members of Parliament, have found confort in using the alternative road that goes through the national park! This road however, is paid for and we are told an individual must cough Shs20k while a vehicle pays something like 30k! This means a van carrying 6 people must leave behind Shs150k just on one route and pays the same amount on return!

Not that the road is short, but it is because the road is relatively smooth similar to the Entebbe express highway.
The area legislators we’re told are some of the ardent customers to the managers of the road in the park as they leave the voters to suffer with the mega potholes that welcome everyone who chooses to use the known gateway to West Nile-Karuma-Pakwach-Arua road!

“We keep going even as we suffer with these roads. Imagine on this current situation where everything is high in terms of prices. Fuel is high and yet the road is terrible. Much of the fuel is wasted on these potholes you see” says Atiku Leonard a lorry driver whose truck had gotten stuck by the road side as he tried to dodge one of the voluminous potholed-spot!
This is the the state of the roads in West Nile sub-region where former President Gen. Idi Amin Dada hails from.

A combination of severe dust and huge potholes similar to man-made lakes have taken over ‘leadership’ on the Karuma-Pakwach-Arua road!
Driving on this road can take 6hrs as the driver fights to wade through floods of potholes some of which have left truck drivers losing control of their vehicles.

Pot hole after another, is what punctuates this road and we swear any expecting mother cannot leave this place before pushing the baby or suffering a miscarriage!
Adam Sabity, a resident in Oruba told us that his wife was forced to deliver twins unexpectedly as she travelled to Nebbi from Arua.

“My dear, it’s God who saved us. But this road, it has now become one of the tourist attraction centers given the number of potholes it has. I think we’re good to start fishing” he says.
Indeed, there are some reconstruction works going on in the stretch between Pakwach and Karuma but the stretch between Nebbi and Arua is terribly bad with no sign of efforts to at least fill the mega ‘ponds’ that threaten lives of many!

Our resident Inspectors in road maintainance put the threat to life at 79.3% if one uses this road.
“There’s no way one can deny that Nebbi-Arua road is not the worst highway in the country. It has all it takes for a road to qualify as a deathtrap. Everywhere, potholes, potholes. Some can even be turned into fish ponds” says our resident infrastructure expert upon viewing the pictures!

Indeed, looking at some of the spots on this road, some are as wide as 4×6metres and almost a full ft deep.
In one of the potholes, that seemed to be the chairman of potholes on this road, one could see tods playing in it since there’s constant water in it and the vehicles keep avoiding it.
Joel Anguma, a local driver told us that at this spot, a driver must be extra alert to avoid an accident.

“We keep fighting for space with the other car going to the opposite side. To avoid accident, you leave your lane and use the other lane. Oh, it’s terrible man” he says as he dodged the mega lake-like pothole in the middle of the road.

On the road from Nebbi to Zombo, it’s another expedition our Inspectors undertook. It’s a marrum road running up to the border with DR Congo. However, according to Arch Bishop emeritus Henry Luke Orombi, his efforts to have this road worked on have up to now yielded no fruits. He has for example talked to works and transport minister Gen. Edward Katumba Wamala together with UNRA Executive Director Allen Kagina both of whom seem to have promised him carbon dioxide.

“The infrastructure in this part of Uganda is very poor. Talk about roads, it’s terrible. I have talked about this road (Nebbi-Zombo) and they have kept promising to work on it but nothing is coming out” he told us.

To prove his seriousness on the matter, the former head of the Anglican church in Uganda reached an extent of facing Katumba in his eyes and the General offered an apology for the mess.
“Gen. Wamala asked for forgiveness and I told him, well; if one asks for forgiveness, there must be restitution. The other day, I also talked to UNRA ED (Allen) Kagina, she even promised to come and see the situation here, but it ended there. So….” the man of God told us at his home in Zombo adding that, ‘For us (West Nilers) being outside of Kampala doesn’t mean we’re not Ugandans. We need services’

Well, here we go with the pictures!!