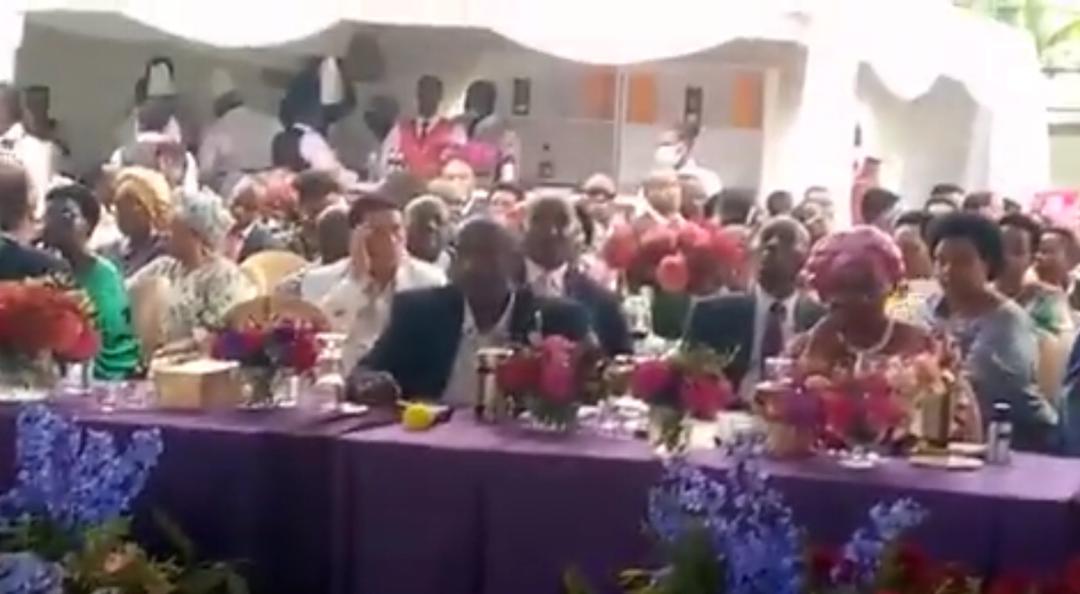 As we authoritatively reported earlier in the day, Gen. Caleb Akandwanaho aka Salim Saleh has finally made a grand public appearance following rumors of his death.

As we reported, the good old General attended his daughter’s giveaway (kuhingira) in Buziga Kampala on Saturday afternoon, both dispelling fake reports of his health and at the same time vindicating the Mighty Inspector as a credible source of information in this era of unlimited fake news.

What will be more painful to the sadists and sorcerers who wished him dead is that the general was visibly in top notch health, proving that all that was said about him were purely lies and empty wishes by those who ‘danced on his grave’. It should be noted that rumors of Saleh’s death were sparked by his loud absence at the burial of his former bush war general Elly Tumwine.

However, the rumors were on Friday dispelled by Deputy presidential press secretary Faruk Kirunda, who said the general was well and pushing on with his agenda of transforming the lives of Ugandans.

Kirunda’s statement was later confirmed by our inspectors, who announced Saleh’s impending attendance of his daughter’s giveaway; which has since come to pass as seen in this picture below.