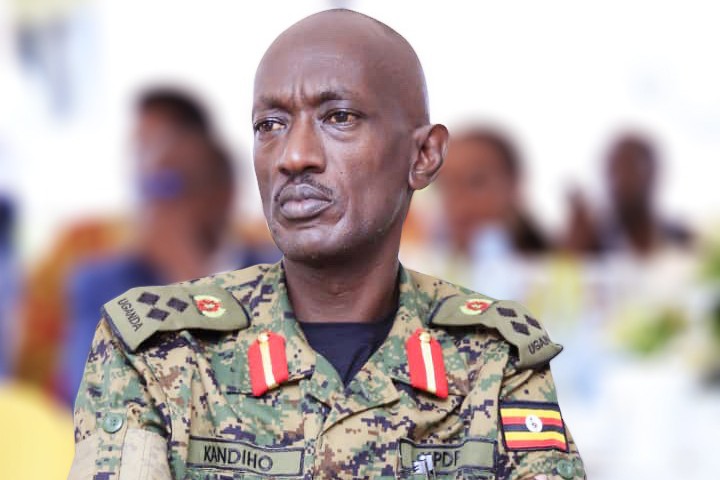 The Uganda People’s Congress Party receives with profound humility the news of sanctions imposed on the head of Chieftiancy of Military Intelligence, Maj. Gen. Abel Kandiho who is responsible for several cases of abuse of human rights and democratic freedoms of citizens of Uganda.

We welcome the sanctions and congratulate the US government for that decision.
This sanction is a great relief to the many victims of abuse of human and political rights by the Chieftaincy of Military Intelligence ( CMI) and other security forces.

The sanction shall go a long way to isolate and expose the Junta’s notorious instruments in the police, military and intelligence services responsible for illegal detentions , tortures, kidnaps, brutal killings and disappearance of innocent civilians and political leaders.

We implore the United States government, European Union, Great Britain and UN Security Council to follow suit in ensuring that, the corrupt and dangerous individuals in the UPDF, Police and Intelligence Services are isolated and denied access through imposition of heavy sanctions.
It’s on record that, Gen.Yoweri Museveni continues to use errant officers in the army, police and intelligence services to abuse the rights and freedoms of citizens and political activists with impunity.

Imposing sanctions on individuals shall go along way to deter other officers from committing similar acts of crimes.
We further urge the US government to include on the lists , names of military and political figures who are direct architects of the regime’s abuse of human rights and democratic freedoms.

The Commander in Chief of Armed Forces (CIC) , Gen. Museveni, who uses security forces to unleash terror and persecution towards his political opponents must be apprehended .

The US government should include errant UPDF Generals who commanded numerous attrocious acts against unarmed civilians for their involvement in similar acts using the army( UPDF).

The US government should also advise USAID to immediately stop their military and financial aid to the UPDF and National Resistance Military ( NRM) government to ascertain their seriousness and determination to deal with impunity against human rights and democratic freedoms in Uganda.

It’s known that,Gen. Museveni for fear of isolation and tough sanctions has run to China and Russia for safe landing as new sources to fund his autocratic family rule.

US should stop military aid/ funding to UPDF in executing wars in neighbouring countries unless such wars are sanctioned by Parliament of Uganda as required by our domestic laws.

The recent military adventure in the Democratic Republic of Congo, just like many previous aggressions in Sudan, Rwanda, Somalia and CAR in the guise of fighting terrorism and Islamic insurgents were never sanctioned by Parliament of Uganda and hence they are illegally done contrary to the will of the people of Uganda.

It’s now an open evidence that President Museveni and his top military officers have been using these external aggressive wars to loot wealth of other nations, abuse human rights of civilians, make profits out of the pay of UPDF soldiers deployed on foreign missions and undermine the territorial integrity of neighbouring countries causing hostilities among neighbours. This military expedition in other countries is leading to cross border instability and influx of Refugees into Uganda.

It’s also the same money from military adventures in foreign land that has become the sources of money to fund illicit political advances of the regime against political opponents in the Country.

In the same vain we denounce the illegal deployment of UPDF in DRC without the approval of Parliament and condemn the indiscriminate use of heavy military machinery which can cause more havoc on the ordinary population of the Democratic Republic of Congo and a few of our children in captivity by the ADF.

The author is a former MP and UPC Secretary General.
(The views expressed here are personal views not those of the publisher-management).