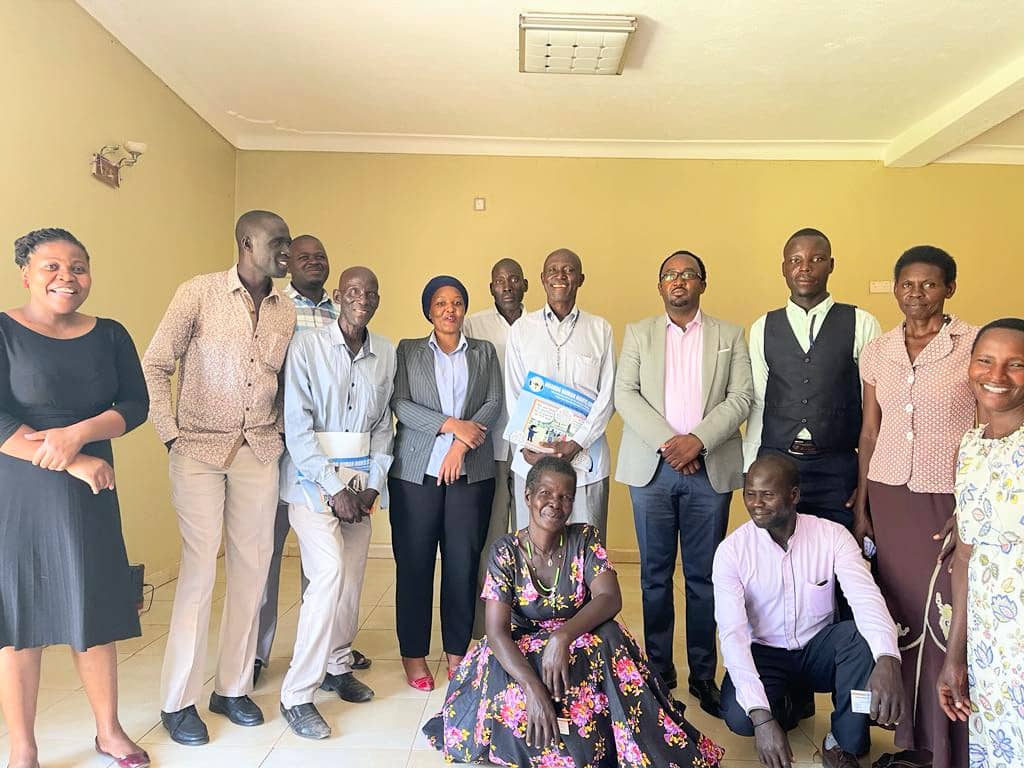 The Uganda Human Rights Commission (UHRC) has commenced a drive to reconcile security agencies and district leaders with oil and gas human rights defenders who accuse the government entities of relentless intimidation and harassment.

The UHRC moved into action following a petition by the Oil and Gas Human Rights Defenders (ORGHA) in Buliisa district, bunyoro sub-region. According to the petition — a similar copy of which was also submitted to the European Union Protect Defenders organisation — the human rights defenders want the UHRC to intervene and protect them against intimidation and harassment by security forces, which have made their work difficult.

In an earlier November 2021 petition (seen by this website), the rights defenders accuse the security agencies of continuous harassment, abductions and office raids which are meant to frustrate them in their efforts to protect the rights of citizens affected by the oil exploration and production activities/projects in the Albertine Graben.

In the same petition, the defenders cite ORGHA and African Institute for Energy Governance (AFIEGO) as being amongst the most harassed organisations due to their work of sensitizing the people of Bunyoro about their rights to proper and equitable compensation as well as humane livelihood in respect to the oil and Gas-related displacements among other related issues.

On Thursday last week, the Oil and Gas human rights defenders got a relief when a team of Uganda human Rights Commission travelled to Buliisa for an engagement aimed at solving their issues.

The UHRC team led by Commissioner Crispin Kaheru and Jashmin Nambi Kasujja, the Head of the Hoima UHRC Regional Office, met the human rights defenders and the district officials whom they accuse of intimidating them.

Following lengthy deliberations from both warring sides, Kaheru implored the district leadership to dialogue with the petitioners to resolve the matters amicably. He further revealed that as the UHRC, they look to a peaceful resolution of this matter so as to cultivate a constructive and respectful relationship between Government/security agencies and human rights defenders in the area.

“We recommend that the district leaders cooperate and reconcile with the petitioners to enable the two parties to work together for a common good, which is protection of people’s rights. This is the only way the Bunyoro sub-region will develop,” Kaheru said.

To resolve the issues more, the stakeholders at the meeting resolved to meet again on May 31, 2022 to discuss the way forward.

The issue of tensions between government/security agencies and human rights defenders in the Albertine region has persisted for some time now.

The tension stems from differences in priorities, with government aiming at speedy oil production yet the rights defenders believe this shouldn’t be at the expense of the rights of the Project Affected Persons (PAPs). Among these include rights to a clean and healthy environment as well as proper and equitable compensation for land and property lost to pave the way for oil infrastructure including the EACOP and refinery.

Against that background, the rights defenders say government agents have occasioned against them intimidation, harassment, raids and arrests as a way to dissuade them from informing the masses about their rights.

For instance, in a petition to ProtectDefenders.EU, the defenders revealed some particular incidents of harassment. These include: the closure of the AFIEGO office in Buliisa and subsequent raiding of the offices of three Rights defending organisations in Buliisa. These were then ordered to close down and have their members leave the premises.

Another incident is said to have happened on October 22, 2021, when Robert Birimuye, an East African Crude Oil Pipeline (EACOP) Project Affected People (PAP) leader from Kyotera district, Massaka region, was arrested by the Kyotera district police commander during a meeting of PAPs organised by a Member of Parliament for Kyotera district, in Luseese Village, Nabigasa Sub-county, Kyotera District. He was then accused of sabotaging the EACOP project by challenging the assessments and compensations he considered unfair, working with an unregistered organisation in the district and trying to sabotage the government project. He was detained at the Kyotera City Police Station. The other issue is the targeting of journalists covering these violations, who are then allegedly beaten, abducted, or deprived of their equipment with impunity.

The rights defenders, however, have a tall order as the president and other top government officials have expressed distaste for their activism.

Just earlier this week, for instance, the Deputy Speaker of Parliament, Thomas Tayebwa warned that government will continue to heavily deal with any activist who wants to “frustrate the development of oil and gas in Uganda while hiding under environmental concerns”.

Tayebwa made the remarks while representing the Speaker of Parliament Annet Anita Among at the celebration of the belated women’s day for Kakumiro district at Kakeeka Playground in Kakumiro Town Council. “As Parliament, we shall not allow anybody to frustrate government efforts to develop its oil sector,” he said. He even warned that should foreign companies pull out investing in the country’s oil and gas sector, government was willing to invest in it on its own.

“Oil is an investment that is lucrative and if the financiers let us down we shall invest as a government,” Tayebwa said.

He said that the government adhered to all the set standards while doing the environmental and social impact assessment so there is no need for activists to disturb the set projects.

Tayebwa’s threats follow those which president Museveni made in February 2022, when he lashed out at some Non-Governmental Organisations which he said have continuously criticized government over activities underway for the East African Crude Oil Pipeline (EACOP).

The president’s tough stance came after an alliance of over 260 African and international environmental and human rights organizations claimed another win in their campaign to stop the construction of the oil pipeline in April last year.