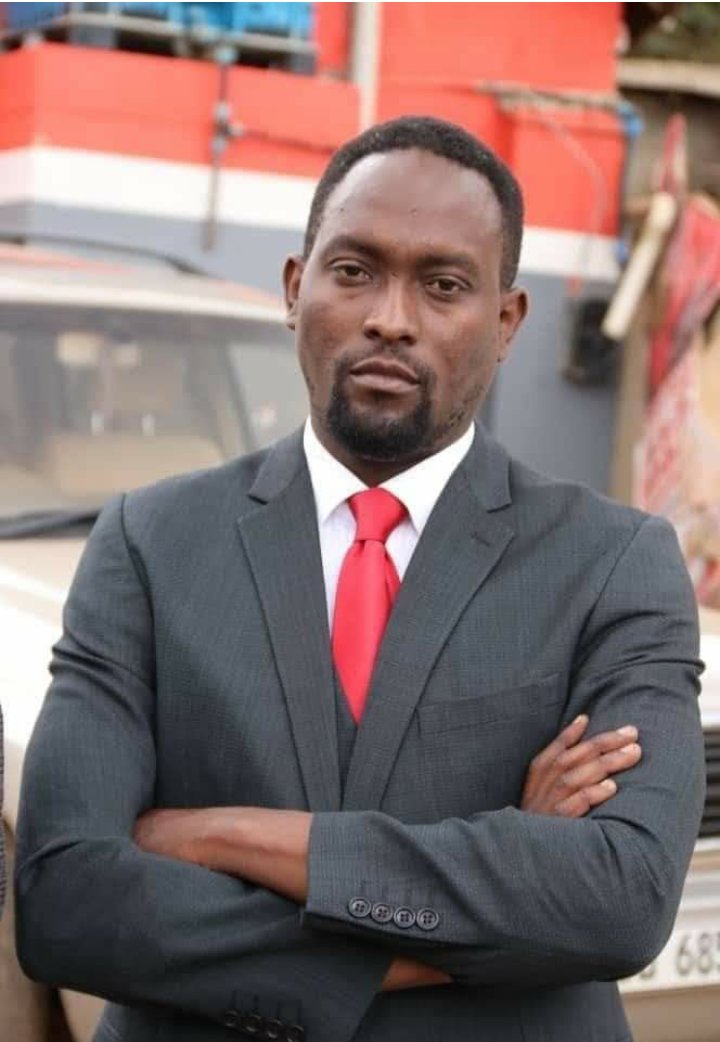 Irresponsible talk of tribal bigotry by tribal bigots, including Chief Justice Owiny Dollo, will not intimidate Ugandans from advocating for quality health services for all Ugandans.

While addressing mourners at the funeral vigil of the late Speaker of Parliament Jacob Oulanyah, the Chief Justice of Uganda His Lordship Justice Alfonse Owiny Dollo made the following remarks regarding Ugandans who demonstrated against the transportation of Jacob Oulanyah to Seattle, USA for medical treatment.

“….but you who were demonstrating….your ethnic leader (the Kabaka) was transported in a Presidential Jet to Germany using public funds he was not entitled. You did not demonstrate…..is it because Oulanyah in an Acholi? Is it because Aulanya doesn’t speak your language?….only a wicked person can fight a person fighting for his life.” — Chief Justice Owiny Dollo.

We would like to send our condolences to the family of the late Jacob Oulanyah. Uganda has lost a great patriotic son and may His Soul Rest in Eternal Peace.

Now, let’s turn our attention back to the comments of the Chief Justice.

For starters, we regret that the Chief Justice of Uganda decided to engage himself in a tribal ‘piggery’ fight, the kind Norbert Mao calls “ku**nyoko” politics. Therefore, we, the people the Chief Justice calls “lumpens” shall take him on by these standards. Problem for the Chief Justice is that on our part as lumpens we love it.

May we take this opportunity to remind the Justice Owiny Dollo that the Kabaka of Buganda is the only cultural leader who does not take the Sh. 5 million ‘dole’ that government gives to cultural leaders per month.

In addition, Chief Justice Owiny Dollo was lying when he said that the Kabaka flew on Presidential Jet to Germany for treatment. The Kabaka went aboard a KLM flight.

It is also not true that only Baganda of the National Unity Platform were at the demonstration. In fact, Dr. Milton Alimadi, an Acholi from Gulu was one of the people (none-Baganda and none-NUP) who attended the demonstration.

Furthermore, the Kabaka’s flight and medical expenses were paid for by Buganda Kingdom and there was no public money spent on the Kabaka.

Every time we listen to the Chief Justice’s comments we find them to be strategically ill intended to incite racial hatred among Ugandans. According to the laws of Uganda, the CJ’s remarks are more than enough grounds to get him impeached or removed from office, if the judicial system in Uganda was functional.

The Chief Justice’s comments were reckless, irresponsible, foolish, silly, misguided and short of standards that Ugandans expect from the Chief Justice, even at a minimum level.

In legal terms, the Chief Justice made unsubstantiated remarks that were simply a rant of counter-factual inaccuracies motivated only by tribal bigotry in general, or ‘gandaphobia’ in particular.

We would not be writing this note if the same words were being said by a boda-boda rider from Palabek, but not someone of Owiny Dollo’s position and status.

President Kenyatta calls Justices like Owiny Dollo ‘wakora’, or ‘bayaye’. They’re a consequence of unfortunate elevation to such positions based on cadreship and not competence.

Here is a Judge who refused to hear concrete evidence in a highly sensitive political case but when he stood to talk about his fallen friend, he could only ‘blurter’ lies and falsehoods without any evidence to support his claims!

How can such a personality be the chief justice of Uganda? No wonder he heads one of the most corrupt institutions in the country, according to the Anti-Corruption Network.

But the consequences of the incompetence of the ‘dollos’ serving in the NRM government do not stop in the judiciary and legislative arms of government. They extend to the health sector as well.

The ‘dollos of this NRM government who include Minister of Health Ruth Aceng should tell the people of Acholi exactly why their prodigal son died at the time he did. Hiding behind tribal lines as cover for a dysfunctional health system they preside over in Uganda will not work.

There are serious unanswered questions in the minds of Ugandans. The Speaker of Parliament is sick and has not been able to work since December 2021; what was being done by the ‘dollos’ to save his life?

We hear that there’s a Parliamentary Commission whose job is to take care of the welfare of Members of Parliament among others. This organ, is chaired by the Speaker, in this case his deputy MP Anita Among.

Claims by the government’s Media Center Director Ofwono Opondo that House Speaker Jacob Oulanya hid his sickness are baffling given the fact that the Speaker was a high ranking public figure, for whom the Parliamentary Commission had a right, power and resources to force a thorough medical examination. Opondo’s claims in this regard are simply hogwash and should be ignored.

By the time the Parliamentary Commission ‘dollos’ decided to act on Jacob Oulanyah it was too late. The Speaker had passed the terminal stage 4 of cancer and was in what is called the ‘End Stage’. A patient in this state is usually discharged from hospital and is sent to a hospice to spend their last days peacefully.

For better understanding, let’s take you to Wikipedia for a brief description of stage 4 cancer.

“….stage 4 cancer, sometimes called advanced cancer, or late-stage cancer is a cancer that has metastasized or spread to other parts of the body from the original site. This happens when cancer cells break away from the primary tumor and enter the bloodstream or lymphatic system.

Stage 4 cancer is not always terminal. It is usually advanced and requires more aggressive treatment. Terminal cancer refers to cancer that is not curable and eventually results in death. Some may refer to it as ‘End Stage’ cancer. – google Wikipedia

This simple description of cancer means that by the time the Parliamentary Commission finished their squabbles with Francis Zaake, Jacob Aulanya’s cancerous cells had passed the manageable stages 1-3 and entered the terminal stage 4.

And by the time Jacob Oulanyah’s medical team and the Parliamentary Commission decided to transport him to Seattle, the Speaker was as good as already dead. No wonder the medical specialists at the facility told visiting team of Owiny Dollo, Anita Among and Norbert Mao that the “truth is that your man is going”.

The procedure that could have saved Jacob Oulanyah could not be administered because the patient was too weak to undergo through it!

In other words, the medical specialists in Seattle were asking the visiting team: What took you so long, why wasn’t Oulanyah here 6 months ago?

Therefore, for Owiny Dollo to blame the demonstrators outside the hospital against poor health services in Uganda is unrealistic and unreasonable. It’s like blaming mourners who have turned up to burry a person who has died out of medical negligence.

Comments by the Chief Justice about the Kabaka’s trip to Germany by Presidential jet for medical treatment were also unfounded and unfortunate.

Can we remind the Chief Justice that contrary to his and the actions of his government, the people of Buganda saw the Kabaka once from their TV screens and made calls from all over the world for him to be taken abroad for medical attention. The calls were championed by Uganda’s freedom activist Fred Lumbuye, who is based 6,000 km away in Turkey.

The people the Chief Justice calls “lumpens” are the ones who saved the Kabaka’s life. Yet the clever ones; Owiny Dollo, Norbert Mao, Anita Among, Odonga Otto, Medical Team and the Parliamentary Commission failed to press the right buttons at the right time early enough to save Speaker Jacob Oulanyah’s life.

Infact, the Minister of State for International Affairs Okello Oryem, an Acholi, was fighting so hard to get Fred Lumbuye extradited from Turkey to Uganda for political persecution, instead of heeding to Lumbuye’s warnings of danger on fellow Acholi tribesman Jacob Oulanyah!

Given such incompetence, the demonstrations against Uganda’s government officials on medical tourism will continue. The fight for better health services for all Ugandans shall go on. It is extremely unfortunate that House Speaker Jacob Oulanyah passed on under these circumstances.

The wish of the demonstrators was to see Oulanyah get a chance to live, then come back to Uganda and fix health services for all Ugandans.

Those who want to shield their incompetence behind tribal lines are wasting their time because they will be exposed as bigots. Ugandans shall not be intimidated by tribal bigotry.

“…. if you’re emotionally attached to your tribe, religion or political leaning to the point that the truth and justice become secondary considerations, your education is useless. If you cannot reason beyond petty sentiments, you are a liability to mankind……”

The author is a NUP Volunteer.

NB: The views expressed in this article are entirely for the author and DO NOT represent The Inspector