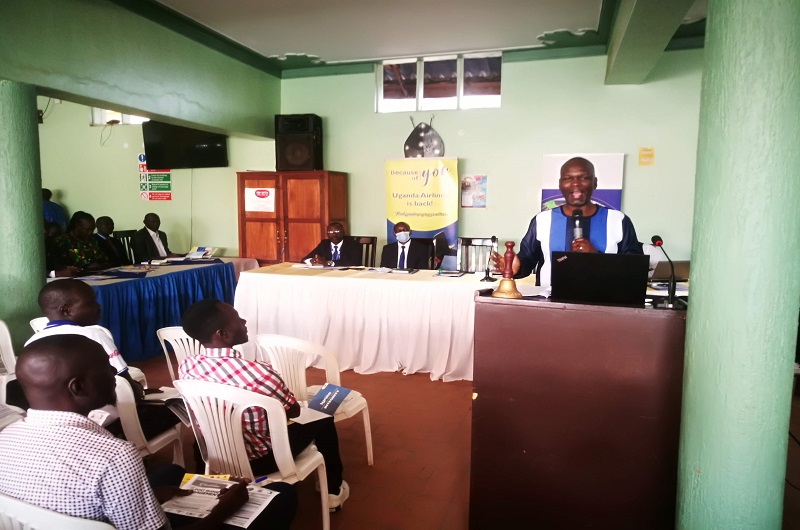 Abola stresses a point during the post budget engament in Arua. PHOTO BY ANDREW COHEN AMVESI

ARUA. At least six Uganda Revenue Authority (URA) staff have been fired over corruption. The officers were sacked late last month after the URA disciplinary committee found them guilty of corruption.

This was revealed by James Abola, the Assistant Commissioner in charge of Staff Compliance at URA during a recent post-budget engagement at Heritage Courts Hotel in Arua town.

According to Abola, four of the sacked staff were from the West Nile region while the remaining two were attached to other stations of URA.

“Just this week, the disciplinary committee sat and six staff were terminated. Of those six, four originally were serving in this region. Of course, for you, you will think we don’t act but we act. Now of course, the issue of human rights comes in, do you give the names out in the media or not, that is where we get stuck,” Abola said.

“But as for acting, you give us information, we will act. In this town of Arua there was a staff, this was sometime last year, when people would come to register for TIN he would say go to that Café. When that information came, I sent my officers and they came and confirmed that this man indeed was sending people to the Cafes and he was my tribemate. In my tribe there are not many people like me in URA. So, I really would have loved to maintain him but tribe stops when you do the wrong thing. So, this young man lost his job,” Abola remarked.

The Commissioner made the revelations after locals raised concern over the alleged growing rate of corruption in URA.

However, Abola said from the time he joined the agency, cases of corruption have not been taken lightly at all.

“I can say this without fear of contradiction that there is no government agency in Uganda that is as serious about corruption as URA is. I’m in charge of that docket so I know what I am speaking about and I know what we have done. Now one of the things that is really helpful in getting rid of corruption is if you can give us specific information,” Abola appealed.

“Let me not say us, but you give me specific information and in URA we don’t do a Kangaroo court but we investigate and if you are found culpable, you undergo a hearing. I am an Assistant Commissioner but my docket allows me to investigate Commissioners and I have already investigated some Commissioners. Yes, we do things which other people with more powers can’t do,” Abola added.

He urged the locals to always tip them about corrupt officials who may be tainting the image of URA without the knowledge of the top officials in Kampala.

“So, we are very clear about corruption. In URA we have zero tolerance to corruption. Does that mean there is no corruption in URA? No, we are not yet there, but that is where we want to be because of this mandate that we have been given to collect revenue, we can not effectively do it when our hands are tainted, when our fingers are long because we are collecting this on behalf of you Ugandans. We can’t be collecting and then be pocketing some,” Abola explained.

He insisted that in URA, they have zero tolerance to corruption, adding that the locals should help them to report the corrupt people in the agency for action. 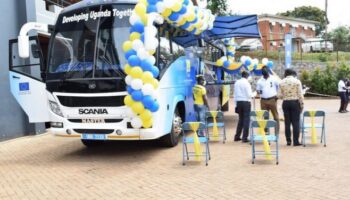