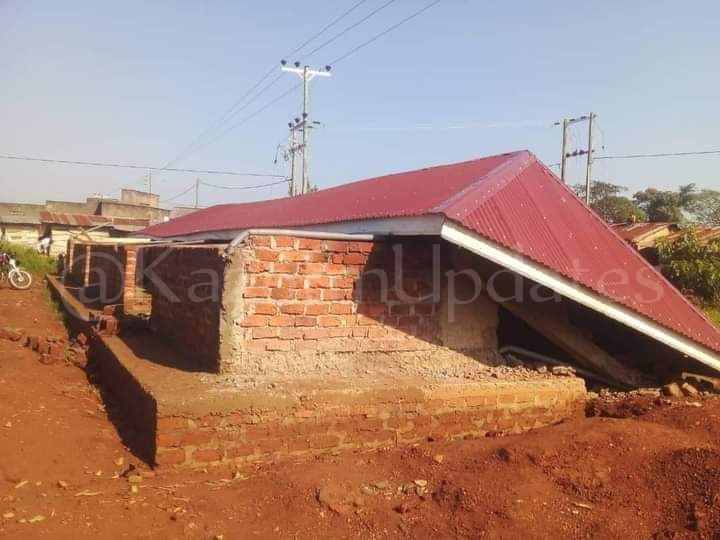 When the contractor is Nicholas Mwesigwa..

A market structure under construction in western Uganda has collapsed before its completion, highlighting the grave danger posed by shoddy work on public projects.
The shocking incident happened at Nyamarebe Market in Nyamarebe Sub county, Ibanda district. According to a report filed by Kazo FM journalist Caroline Katusii me, the structure was being built at a cost of shs20m funded by the Ibanda district Local Government. However, the roof caved in as soon as it was hoisted onto the structure, raising concern of a weak base.

Construction experts attributed inadequate cement ratios and poor quality reinforcements as the probable cause of the collapse. Investigations were however yet to kick off by press time to ascertain the cause of the collapse.
The development highlights persistent concerns about how shoddy works has undermined the fulfillment of government programs and promises to the masses.

This concern has also been lately raised by economic monitoring minister Peter Ogwang who decried the massive corruption being perpetrated and perpetuated by the local government units in the country. He however vowed that culprits will be heavily dealt with because their unpatriotic acts are increasing public apathy towards government.