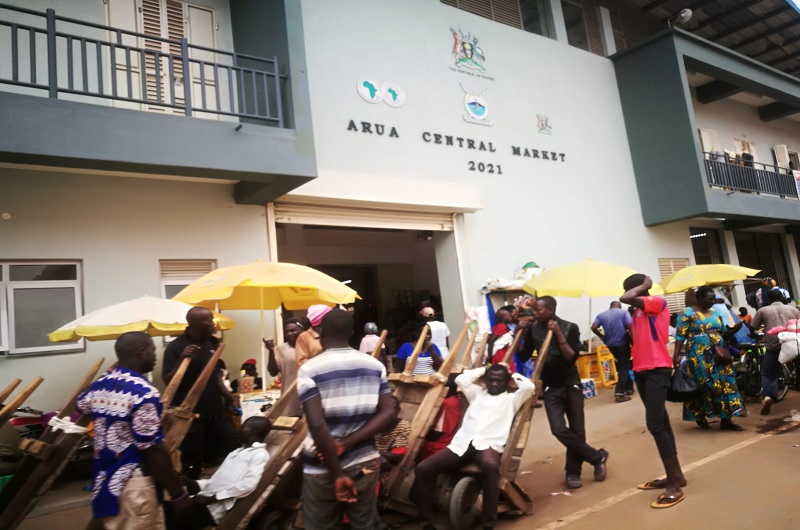 ARUA. Shocking details have emerged on how Arua City authorities have shared the government owned Arua central market stalls and lock-ups amongst themselves and relatives.

Reports indicate that the highly placed syndicate aimed at amassing wealth for personal gain is being orchestrated by both the technocrats and politicians in the city.

The dirty move, which has now left the ordinary poor suffering, was on Tuesday exposed by Jackson Atima Lee Buti, the Arua Central Division Member of Parliament (MP).

Atima said his councilors equally don’t need to go and fight over the new market stalls and lock-ups because they earn some allowances.

“But as I talk now, I hear some of my councilors have lock-ups there. Yet the original vendors who were in the old market, who have their list, signed memorandum of understanding (MOU) with the city authority and paid dues to own these new lock-ups and stalls have not got any, but because of the greed that we have, people decided to award and allocate the stalls and lock-ups for themselves including the vendors’ leadership,” Atima emphasized.

“So now after they awarded these stalls for themselves, there is already a crisis. Very many people remained with their MOUs without stalls and without lock-ups. They approached the leadership of the city, saying you gave us MOU now our MOU is here and we have no stalls what do we do? Unfortunately, there was no answer for them,” Atima said.

Atima also alleged that some of the vendors currently operating in the market pay monthly rent for the stalls and lock-ups they are using directly to the said city technocrats and politicians who hired the stalls to them.

However, when contacted on phone over the matter, Cornelius Jobile, the acting Arua City Deputy Town Clerk acknowledged receiving the allegations and said the matter is already under investigation.

“This is a matter under investigation, so I can’t really make a comment on it. I heard about the allegation and there was a team that was constituted chaired by the Resident City Commissioner (RCC) and we are yet waiting for their report, so we can’t make any conclusions now,” Jobile said.

Meanwhile Alice Akello, the Arua RCC said because of too many interferences, her team has not yet come up with a conclusive report about the matter.

“But we have only found out one staff member, that is the Internal Auditor who has a lock-up in that market. I don’t have the number of the lock-up in my head yet. When my team tries to go to the market sometimes, they say they are blocking people, they are what…. too many interferences really, some are saying it is my team that is stopping people from entering the market, you know such kind of baseless allegations. But we are going to come up with the report very soon,” Akello promised.

The shs34.9bn Arua central market was funded by the African Development Bank through the government of Uganda.

It has over 4, 000 stalls and lockup shops, bulk storage facility, day-care center, meeting and conference room, CCTV cameras and a public address system among other things.