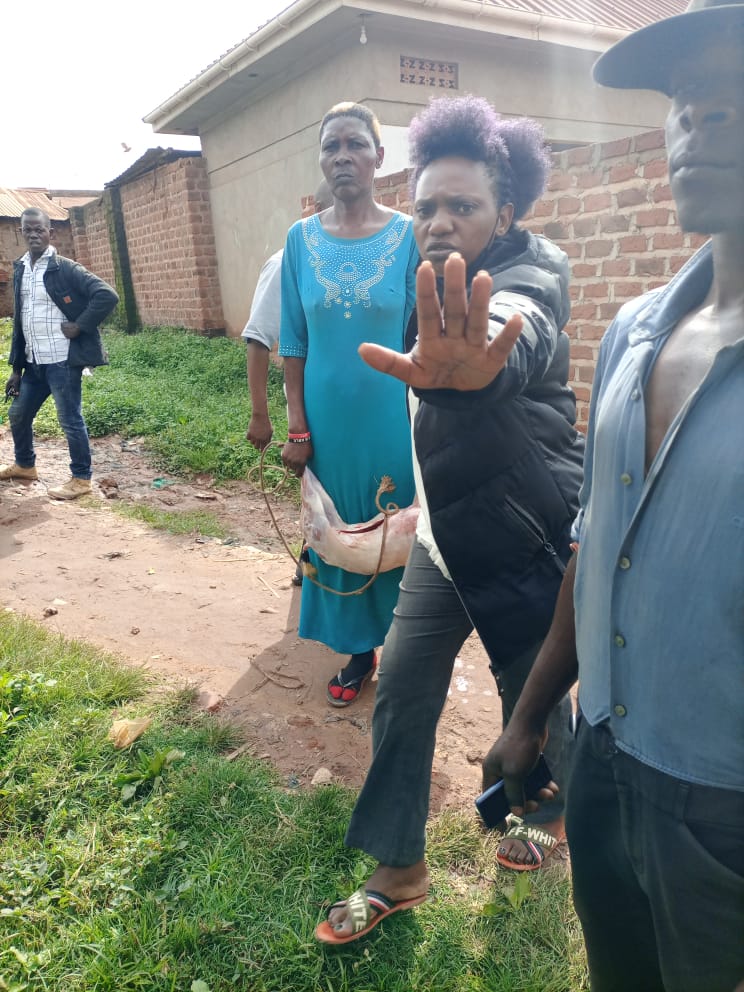 Drama ensued at Kabulengwa-Kyebando village in Nansana municipality, Wakiso district when an elderly woman was arrested and jailed over serial goat theft.

Eyewitnesses identified the suspect as 60-year-old Jalia Naigaga Nalubanga who is commonly known as Mama Mugalu.

A police statement recorded at Kyebando police post indicates that trouble for Naigaga erupted when she untethered a goat belonging to his son only identified as Richard from its grazing ground on Wednesday. Sources say that following a frantic search, it was discovered that Richard’s goat had been stolen by his own mother, Naigaga.

The old woman denied knowledge of the goat’s whereabouts. She however soon confessed after the furious son landed two hot slaps on her sagging cheeks. She then revealed that she had sold the beast to a butcher only identified as Zziwa, who operates Zziwa Smart Butchery in Kyebando town, Nansana.

More drama would however erupt when, while the hunt for the son’s goat was ongoing, the same Naigaga stole another goat belonging to her neighbor identified as Mama Mark.

The act enraged Kabulengwa residents, who then opined that Naigaga be taken to police to curtail her newfound hobby of stealing goats.

She was whisked to police, from where she led cops to the same Zziwa butchery where she had sold the second goat at a paltry Shs50000 but was given part payment of Shs10k.

While at the police station, Naigaga’s troubles escalated when her son also came and opened a case against her for stealing his goat. Naigaga was still sweating plasma by press time.