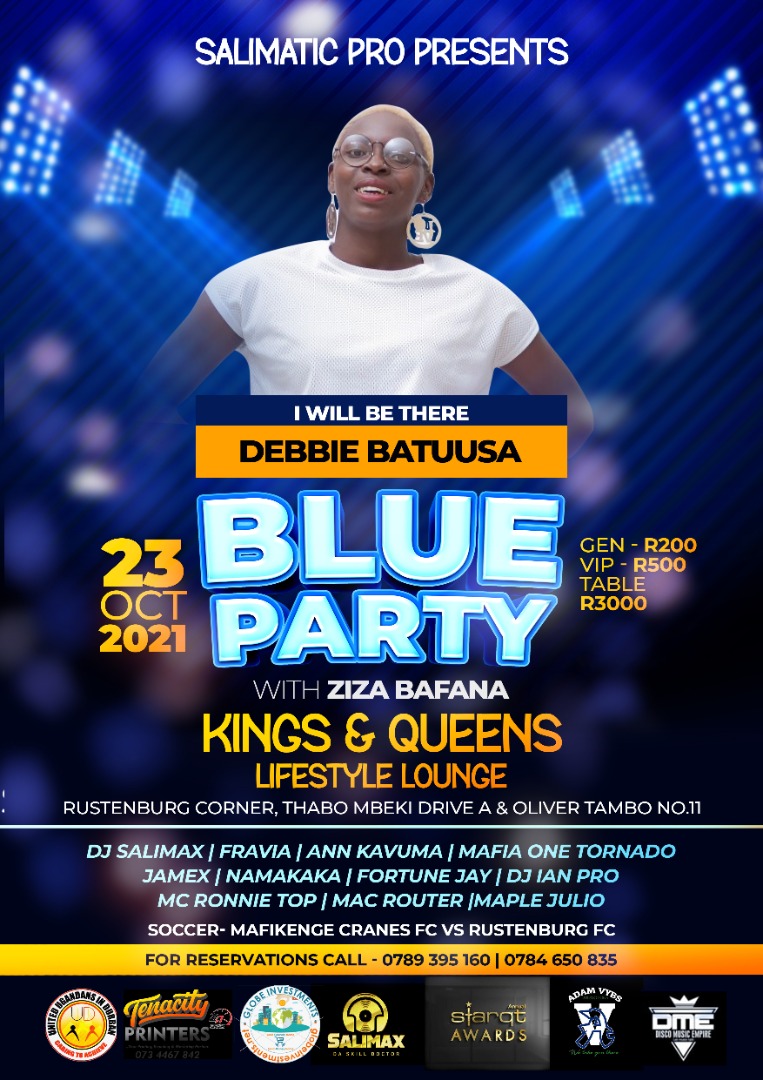 All roads for Ugandans living in South Africa will tomorrow lead to the Kings & Queens Lifestyle lounge to catch a breath of freshness as Uganda’s latest Diva Debbie Batuusa breaks out of her singing shell.

The lounge will host the mega Blue Party that will be headlined by Pomini rap star Zizza Bafana who will be flanked by a host of Ugandan South African based artistes including Ann Kavuma and Dj Salimax.

However, all dudes with an eye for beauty and the sweetness that life has to present will be looking out for Uganda’s latest diva Debbie Batuusa.

Famed for her sultry

The up-and-coming super-hot babe has gained fame for her powerful musical ability which has seen her attract loads of fans ever since she debuted her solo jam, Wankuba.

According to rave reviews already accorded her, Debbie is a powerful performer with the ability to sing and dance while her stage performance is equally impressive.

She has already performed at different Uganda-themed events in South Africa and all we can say is that the sky’s the limit for her. Go go gal!!!

ERA Moves To End Use Of Firewood In Schools, Homesteads