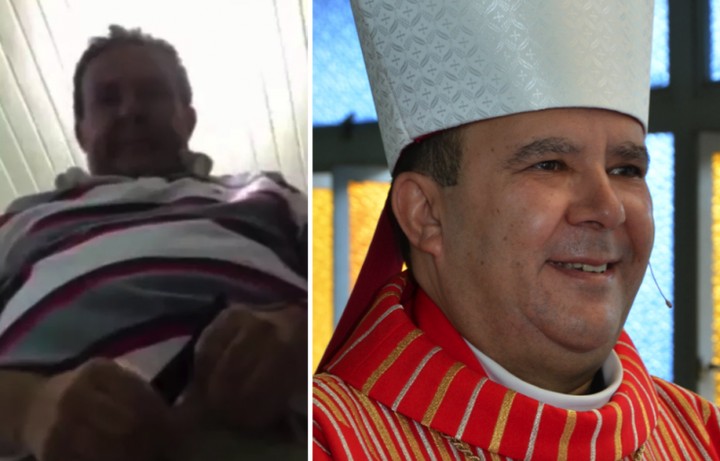 Sources say that after the admission, the 65-year Brazilian bishop tendered in his resignation to the Vatican and it was accepted by the Holy Father last Wednesday. This was less than a week after the video went viral on social media. Initially, there was uncertainty about the identity of the person who was fondling his private parts but the priest came out to admit he was the one. The Vatican, the Brazilian Bishops Conference and Ferreira’s home diocese all announced the resignation but provided no details on the cause.

Ferreira is 15 years shy of the normal retirement age for bishops but his conduct has previously been cast in scandal. It has emerged that since 2015, he had reportedly been investigated by the Vatican for other accusations, including allegedly ignoring reports of sexual abuse in his diocese.

Local news network Globo reported in 2018 that the Sao Jose do Rio Preto diocese was the target of a Vatican investigation into whether Ferreira ignored reports of abuse, and had exchanged sexual messages with an adolescent. At the time, he cited personal reasons while stepping down as regional coordinator of the Ribeirao Preto archdiocese, of which Sao Jose do Rio Preto forms part, and where he remained bishop.

In 2015, he was reportedly accused of taking a large amount of money from the church and giving it to his driver, with whom he allegedly had a romantic relationship. The Vatican reportedly launched an investigation at the time, and he denied the claims.

The speed with which Francis removed the bishop after the video surfaced suggests that it was the final straw, given the prior reported problems.

Ferreira’s troubles comes just weeks after an Anglican bishop in Ghana came under for kissing female students during a church service.