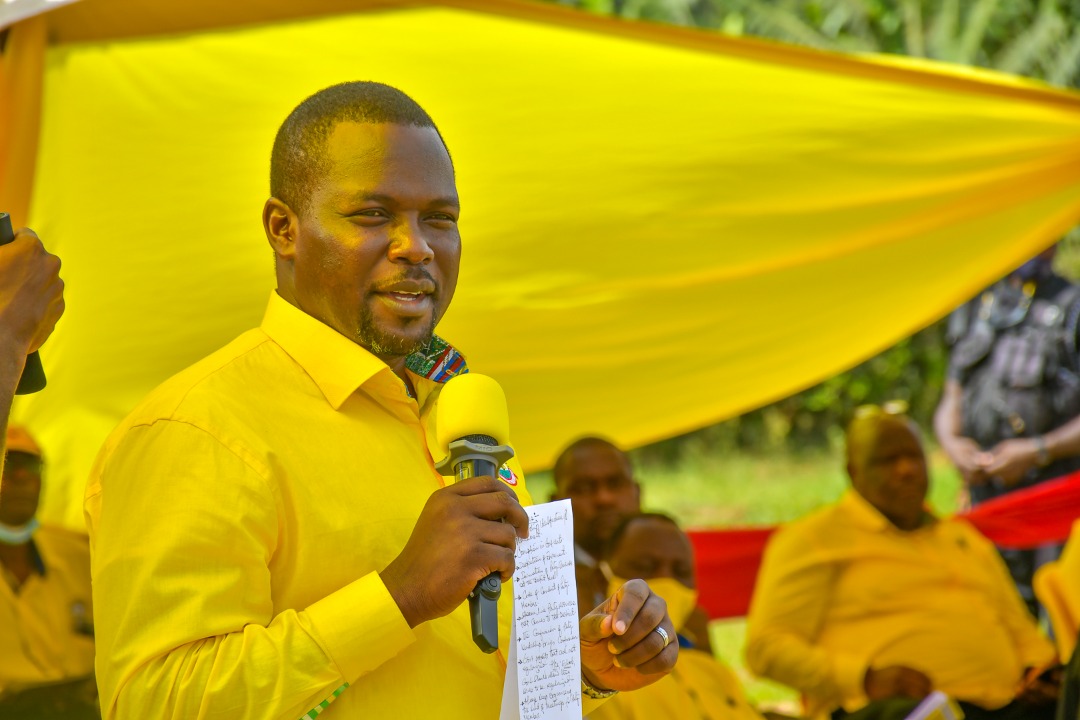 NRM secretary general Richard Todwong has warned all those fighting for NRM structure positions to hold their fire until the due date for elections is announced.

He clarified that, those fighting for positions in the party structures like it is the case with Sheema NRM district chairman should hold on since structure elections are going to be conducted soon.

“The offices of our structure leaders expired and they were extended for six month effective December 2021, until end of May. Therefore let us be patient and wait for the election to resolve this puzzle, given that all of you are in acting capacity,” he clarified.

He made the remarks while officiating at the Sheema municipality council meeting organised by area MP Dickson Kateshumbwa at Sheema municipal headquarters.
Following the hotly contested parliamentary polls in 2021, the municipality has been between supporters of former minister Elioda Tumwesigye and those for Kateshumbwa. However, Kateshumbwa, a former commissioner at URA said with the coming of the SG, all these challenges were going to be addressed.

“I want to call upon everyone to embrace unity. The election ended a year ago so we need to concentrate on service delivery,” Kateshumbwa said as Todwong promised to table the issues of warring factions in Sheema before the party chairman for a solution.

Katesh as he’s fondly refered to, informed Todwong that the municipality and the district at large is lacking a lot in household income.
“Let the government services be delivered and reach people. I therefore condemn any acts of division. The party is bigger than all,” Katesh said.

The SG issued a strong warning to Sheema district NRM leaders against their endless fights. He asked them to concentrate on serving the wanainchi on whose mandate they derived their powers.
He said such petty fights and contradictions have costed leaders valuable time which they would use to do productive work for the people.

He said since elections ended, party leaders have spent a lot of time bickering in pursuit of individual interests.

“Given that we’re many and our interests are very competitive, we have kept on fighting each other. But I urge you to learn to differentiate between petty politics and principled politics. We need to reorganize ourselves and move on. We should know that the party is bigger than all of us and we should not spend time fighting. Actually, to me, it shows that we are not ideologically grounded” Todwong roared before referring members to the NRM constitution schedule four which gives guidelines on conduct by members.

The function was also attended by government chief whip Thomas Tayebwa who advised all MPs to emulate Katesh and call for constituency meetings.
Before joining Sheema Municipality council members, the Secretary General together with other party leaders from the secretariat led by the area MP Hon. Kateshumbwa paid a courtesy visit to Mama Joyce Makaaru to pay respect to the late Cannon Mzee Yowasi Rwamango Makaaru, a former greater Bushenyi district Chairman and presidential advisor on political matters.