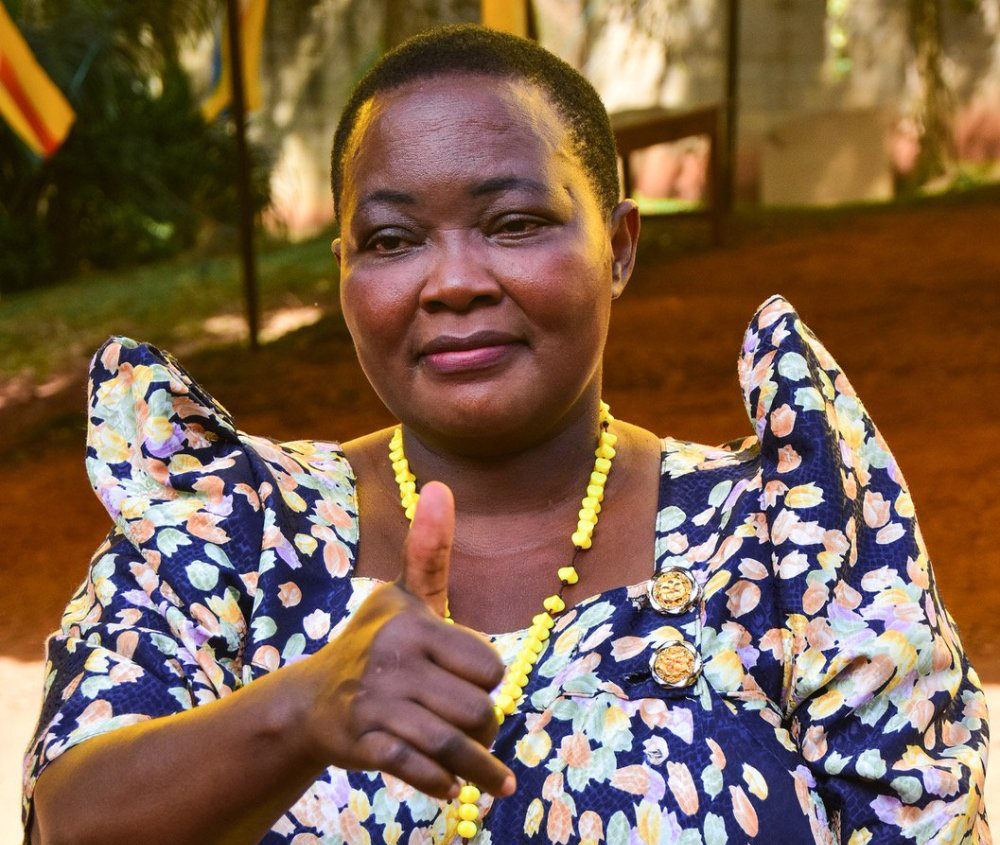 A week ago, Premier Robinah Nabbanja held a meeting. In that alleged meeting with one of her confidants, the lady from Kakumiro District hinted on a secret war that is going on between her and some top ministers. The names of these top ministers totaling four including two ladies are with us though this will be a topic for another day. The premier alluded to the fact that these ministers have up to now not come to terms with her recent raise to power given her percieved ‘limited experience’ in government.

As such, according to what we gathered, those ministers trying to undermine her authority allegedly claim she’s interfering with their work and on top of this Nabbanja is trying to overshadow them in the media.
“Those people (names withheld) don’t want me. They are fighting me. They are just pretending but I know their real intentions. They claim I am everywhere and taking the limelight” an inspector quoted her as telling her close pal.

Indeed, according to what we established, Nabbanja’s powers are derived from a secret ‘word’ president Museveni gave her a day after he named her prime minister. Apparently, Museveni told her that all along, the premiers he had appointed had betrayed him. They never appeared on the ground and always kept themselves in office.

“I am tired of these office prime ministers. They come, sit in office, make calls, take lunch and then go home. Year in, year out. They don’t appear on the ground. This appointment I am giving you is for you to go on the ground. Mobilize those communities” Museveni told Nabbanja according to our Inspectors. In fact, Museveni even told her that there was massive corruption in all sectors including the office of the prime minister.

“I don’t want anyone to call you and say I am Museveni’s so and so. If any of such calls come to you, call me directly. Go and help me catch those thieves. I am tired to them” Museveni added as he talked to Nabbanja.

ENTER ONEK SAGA
The latest onslaught against Nabbanja by Eng. Hillary Onek the minister for disaster preparedness and refugees is not coming out of the blue. Onek in a two page missive to Nabbanja dated October 29 2021, accused the PM of masquerading in his docket’s work. He even threatened to resign if Nabbanja doesn’t stop what she’s doing.

“I have worked with the previous premiers. They never got involved in the micro management of other ministries. If you decide to micro manage ministries, what then is the role of the sector ministers who are supposed to plan, make polices and deliver on the manifesto of HE the president?” Onek says the missive to Nabbanja.

He summed it up saying ‘Rt. Hon. PM if you have decided to carry on working like this and rendering my docket irrelevant, kindly put it in writing to HE who is the appointing authority and I will relieve myself of my responsibilities and allow you carry on with your duties. I will NOT be held accountable for decisions that have been taken without my input’

Inspectors revealed that whereas Onek may be right to express his opinion, what is before the president regarding OPM and disaster ministry for that matter is a dreadful document.
In fact, we can reveal that most of the sackings that have rocked OPM occasioned by Nabbanja have been blessed by Museveni who instructs the lady from Kakumiro to swing the panga.

“There’s nothing that I do and the president isn’t aware” Nabbanja is quoted to have told her pal last week.
According to details from senior intelligence officials, Nabbanja is on a mission to teach ministers what they are supposed to do.

“Let her show them how it’s supposed to be done. May be they will change on how they work as line ministers. To be honest, the ministry for disaster preparedness has been known for dubious dealings, and its commissioners have not once or twice been interdicted and arrested but then go unpunished. The fisherwoman is only showing them how it is supposed to be done. Hon Onek instead of crying for being left idle should do some soul searching and make corrections” a top Inspector revealed.
The inspector added that ‘When you’re cleaning a house full of snakes you automatically expect wars. The prime minister is mandated to supervise all the ministers appointed by the president, and where possible in the event she discovers poor service delivery she has to come in’

Regarding Onek’s missive against Nabbanja, inspectors accused him of alleged failure to explain the mess about fake blankets and kawukuumi beans his ministry has been supplying.

“Why has Mzee Onek failed to hint on the fake blankets and kawukumi infested beans? Hon. Onek is just a frustrated man now that the holes for eating in that docket are being blocked by the fisher woman (Nabbanja)” an inspector said.
Meanwhile, intelligence suggests that Onek is part of the group of ministers allegedly trying to fight Nabbanja.

“The question is has Hon. Onek made an effort to work with his overall supervisor. Mind you it’s not the first time Hon Onek is publically complaining. The other time he was bitter because of some huge amounts. This clearly shows the eating mentality is disturbing some people at OPM. See how he is quoting past PMs, just because they sat in offices and left these thugs to do all the bogus and dubious deals and you think that is okay for Nabbanja? Never! If he wants to resign, he has even delayed” added an inspector.

Watch this space for PART II