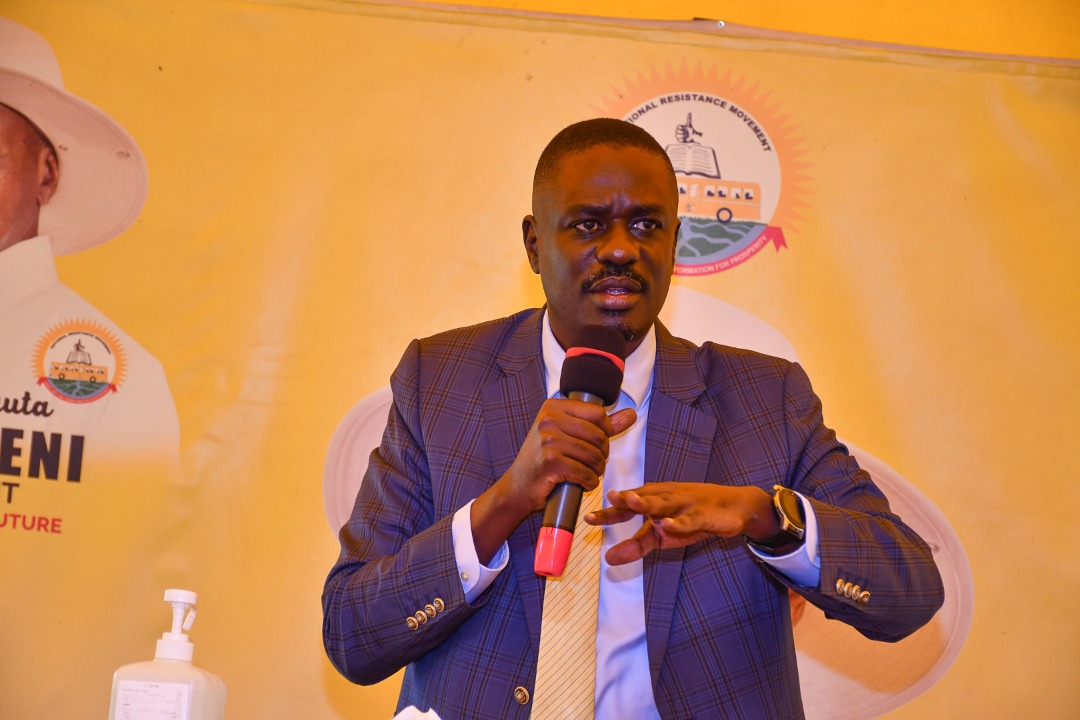 The recently launched Parish Development Model flagship program is meant for only the 39% of Ugandans who are living a subsistence life.

According to the program’s National Coordinator, Denis Ssozi Ggalabuzi, the program is to enable this percentage of people to get involved in the cash economy.

Galabuzi said this while at the NRM secretariat in a weekly ideological clinic where he was invited to enlighten Ugandans on the PDM modus operandi.

“We all have people in our communities who are working for only the stomach. These are the people we are targeting and they are 39% of Ugandans. The common person at the grass-root who has not been involved in the money economy,” he said.

He says government has tried several programs to uplift the living standards of Ugandans but it has failed. He attributed this failure to a number of factors including embezzlement of funds by like technocrats, politicking and refusing to pay back the revolving loans among others. He however, said having studied all those weaknesses, government designed the PDM with strictness to tackle all the bottlenecks.

“There have been very many interventions to eradicate poverty, some have not performed to the expectations. But for PDM we have come with hindsight based on the challenges we faced before. The challenge is that people are centralizing politics on the issue of PDM. I request everyone to appreciate the concept and we all move in one direction,” Galabuzi noted.

The former State Minister for the Luwero Triangle, Galabuzi emphasized that this time the government is going to release money directly from the top to parish-based SACCOs such that it can be well monitored by parish chiefs.
He said that this is done to remove bureaucracy where money can get lost as has been the case before.

Derived from one of NRM’s core ideological principles of socio-economic transformation; PDM, Galabuzi says, is a question every leader must be interested in.

“This programme deals with solving problems faced within our societies. As a leader, your legacy is built on changing the lives of your people.”

On the issue of youth inclusion in the money economy to eliminate high levels of unemployment, the former Busiro North legislator says there’s a quota of 30% for the youth on PDM funds that is sent at the parish.

PDM was launched on 26th, Feb 2022, in Kibuku district, Bukedi sub-region, by its chief proponent, President Yoweri Museveni as a government flagship programme geared to wealth creation and poverty eradication among Ugandans as promised by NRM to “Secure the future” of Ugandans in the 2021 general elections.

It is structured to boost wealth creation opportunities and to turn every parish in the country into a model development unit. PDM, unlike other government poverty eradication programmes, places the economic power in the hands of communities in real terms. It also offers decision-making in the hands of beneficiaries who will decide what suits them best in their locality.

At the launch in Kibuku, 10,594 parish SACCOs were launched. These SACCOS are avenues through which people will be able to obtain financing. For starters, each parish will get a revolving fund of Shs17m. Residents will constitute themselves in a format that best fits their development and economic needs based on their unique circumstances.