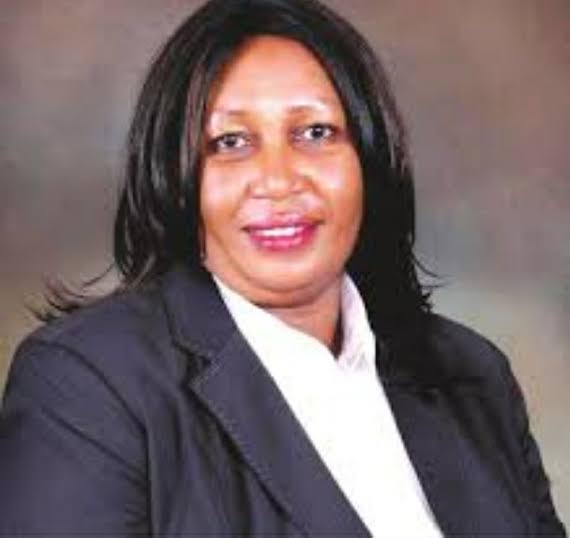 Most recently, Torture of Ugandans has been one of the most pressing topics, only lately scrapped off the news headlines by the biting commodity prices which are torturing all Ugandans indiscriminately.
In the former instance, the loudest complainants have been opposition politicians as well as activists yearning for political change. Particularly, the National Unity Platform (NUP) led by Robert Kyagulanyi Ssentamu aka Bobi Wine has complained most. Since its inception as the People Power political pressure group, NUP has accused government of torturing hundreds of its supporters through maiming, beatings, unlawful arrests, shootings, detention without trial and sometimes murder among others. According to NUP, the most notorious violators of its rights are the country’s security forces including the army, police and intelligence organs including ISO and CMI— which are ideally supposed to protect them.

UHRC ON THE SPOT
Curiously, in all its complaints, NUP has consistently accused government bodies including sometimes courts of law of not doing much to help them. But perhaps the biggest share of blame has lately gone to the Uganda Human Rights Commission (UHRC), the country’s official human rights defender.
For starters, the UHRC is the only National Human Rights institution with specific mandate to protect and promote Human Rights for everyone within Uganda. This follows its establishment after a nationwide consultation by a Constitutional Review Commission, so its importance cannot be underestimated.
And perhaps, it’s this background which heaps a huge burden of accountability and scrutiny upon it by Ugandans.
For instance, the most recent victims of brutal torture were Samuel Masereka, a NUP coordinator from Kasese District, and shortly thereafter, Novelist Kakwenza Rukirabashaija, the critical author of the Greedy Barbarian novel. The pair’s ghastly torture injuries opened fresh wounds of the grisly wounds of the former Mayor of Kamwenge Town Council a few years ago and those of the Kaweesi murder suspects who were produced in court in vegetative state.
These images touched off a boiling national debate, with several political actors calling for action against the perpetrators of the torture, most prominent among whom was first son Lt. Gen. Muhoozi Kainerugaba. Among the players cast in this debate was the UHRC, now headed by former Deputy IGG, Mariam Wangadya.

The commission came under fierce attack over its “silence” on the torture in the country.
In fact, on February 14, 2022, a group of “torture survivors” led by John Bosco Sserunkuuma, a NUP Councilor in Wakiso district, marched to the Office of the United Nations Human Rights Commission (UNHRC), to present a petition accusing the UHRC of being silent on torture incidents by security operatives.
Sserunkuuma’s group’s protest allegedly followed claims that the UHRC Chairperson Wangadya sided with the torturous security forces by accusing opposition political players of always provoking security forces into torturing them.
“The Uganda Human Rights Commission insists that we are violating the rights of armed services for telling the truth about what has happened to us. They have sided with a bloodthirsty dictator and do not want us to expose the ways his brutality has affected us. So all of the evidence you need is here on our bodies,” read the petition in part.
Wangadya would later also be blamed for telling Members of Parliament that some insincere Ugandans were using torture for political gains by stage-managing torture injuries in total mockery of true torture victims. To Wangadya, this was one of the hindrances to giving help to torture victims as the “fakes” usually vanish once the commission’s officials try to take up their cases for redress.
In fact, for the latter observation she received stick from city lawyer and social commentator Gawaya Tegulle, who even advocated for the scrapping of UHRC which he referred to as a supposed friend (arbiter) who had turned worse than the enemy (torturer).

UHRC VINDICATED
Following much public criticism, the UHRC issued a statement in which they proved that they were not as silent as the public thought; only that they were doing their work in silence.
“We specifically wish to inform the general public and all relevant stakeholders that UHRC has taken a keen interest in the past allegations that have been coming out in the media in the recent past. UHRC made efforts to ascertain where Mr Kakwenza was held and urged the government to ensure that he was produced in court to face any possible charges against him,” UHRC’s statement read, in part.
UHRC would further be vindicated after security began hunting down some of the purported torture victims who were in Sserunkuuma’s procession. The arrests came after footage from the demonstration showed that some of the supposed victims who came limping on crutches actually threw them away and comfortably sprinted off as soon as anti-riot Police approached them. This in essence corroborated Ms. Wangadya’s cry about some elements who possibly use torture for political mileage thus disadvantaging genuine torture victims.

WHY WE ALL NEED THE UHRC
Despite its assumed weaknesses, data from UHRC’s activities (contained in its annual reports) over the last six years shows that it has helped thousands of torture victims received redress. This, however, is despite its ceaseless structural and funding challenges.
For instance, UHRC’s 2015 reports shows that the Commission received the highest number of complaints of torture or cruel, inhuman and degrading treatment or punishment at 345 out of a total of 4,227 complaints. The report specifically noted that the trend of torture cases leading among other human rights violations had been on since 2004. The same was the case in 2016, when torture came second highest to deprivation of personal liberty through detention beyond 48 hours that topped that year among complaints received by UHRC. The report specifically noted that 380 complaints of torture were in fact an increase of 10.14% from the 345 complaints registered in 2015.
The trend continued in 2017 where torture returned on top with 306 complaints (33.4%) of the registered complaints and deprivation of personal liberty followed at 277 (30%). The UHRC received a total of 5,021 complaints in 2017, which was a 16% increase from the 4,220 received in 2016.
In 2018, still the violation of the freedom from torture ranked highest at 346, reflecting an increase of 13% from the 306 complaints that were registered in 2017. These were followed by complaints involving the violation of the deprivation of personal liberty at 323 complaints. The Commission Tribunal that year disposed of 94 complaints in 2018 less than the 172 disposed of in 2017. The same was the case in 2019 when again torture topped at 299 complaints representing 35%, followed by deprivation of personal liberty at 222 (26%). 2019 also saw an increase in media reports of arbitrary arrests, detention and torture in safe houses. The Annual report notes that: “The UHRC did not receive any complaints in 2019 in respect to arbitrary arrests and detentions of persons in safe houses. It nonetheless used its inherent powers to investigate even without a complaint, and carried out on-spot, un announced field visits to alleged safe houses in the country as alleged by the victims. These were at Kyengera Base I, Zana Base III, Kisaasi-Kyanja, Nkokonjeru and Lwamayuba in Kalangala Islands. It was established that some of the safe houses that had previously been functional were closed in November 2019. The few functional safe houses which the Commission visited had whistle-blowers and no one had been held there incommunicado.”
In 2020, despite the dilemma of working without a chairperson, the office holder Mr. Med S.K Kaggwa having passed on in November 2019, the Commission received a total of 3, 283 complaints; with Torture still ranking the highest at 127 complaints followed by violation of the right to personal liberty. Unlike the previous reports where the Uganda Police was topping the list of respondents, this time it was the UPDF on top with 119 complaints against it alone.

THE CHALLENGES
As mentioned earlier, the UHRC is bogged by a mismatch between public expectations of its exercise of its core mandate and the actual capacity accorded to it by government; its principal funder and enabler. This has meant that most of its recommendations remain largely unimplemented.
A case in point is when the UHRC in its 2017 annual report, dedicated an entire Chapter 10 to discuss how the non-implementation of its Annual reports’ recommendations had affected its core role as the custodian of the protection of rights and freedoms in the country. It noted: “The UHRC is, however, concerned about the continued non-compliance with most of its recommendations. The Commission is very disturbed by the Government’s level of compliance with its recommendations. The Commission notes that the percentage for full compliance is 0%.” The Annual report listed a total of 42 recommendations, some of which dated as far back as 11 years since they were made but had not been complied with.
Another challenge faced is the non-ratification of the Optional Protocol to the Convention against Torture and other Cruel, Inhuman or Degrading Treatment or Punishment (OPCAT). This recommendation cuts through all UHRC reports from 2004 to the latest of 2020, but remains unimplemented to date. The ratification of the OPCAT would oblige Uganda to open up all places of detention to scrutiny at both the domestic and international levels and the recommendations from the unhindered visits would go a long way in improving the situation in the country’s detention facilities, including the prevention of torture. Also, since 2012, the Commission has been recommending to the Director of Public Prosecution and Security Agencies to charge/try suspects of torture with offences under the Prevention and Prohibition of Torture Act (PPTA) which makes an accused personally liable. The Act makes it mandatory, where court orders for compensation to the victim, for the culprit to pay with his or her own finances.
In 2018, the UHRC made these specific recommendations; The DPP should institute criminal proceedings against police officers suspected to have shot dead Ramanthan Walyendo, Samuel Ssekiziyivu and Yasin Kawuma when they fired live bullets to disperse the crowds during the Arua bi-election campaign; Government should ratify the International Convention for The Protection of All Persons from Enforced Disappearance, Government should expeditiously enact a law on witness protection. The other recommendation that cuts through the UHRC reports include: – The Ministry of Finance, Planning and Economic Development should make deliberate efforts to improve on the Medium-Term Expenditure Framework to address the recurring underfunding of the Commission and enable the Commission to: a) Pay a competitive wage to staff to address the challenge of high staff turnover. b) Stop depending on donors for funding of core activities. To-date staff earnings have remained meagre.
The others are; security agencies to phase out the bucket system of waste disposal in detention facilities (partially complied with) and provision of at least three meals a day. The above, show that despite the UHRC’s lead role, the participation and concerted effort of everyone including that of the general public which is enjoined by the Constitution to play its role in the protection and promotion of Human Rights is key to ending torture.