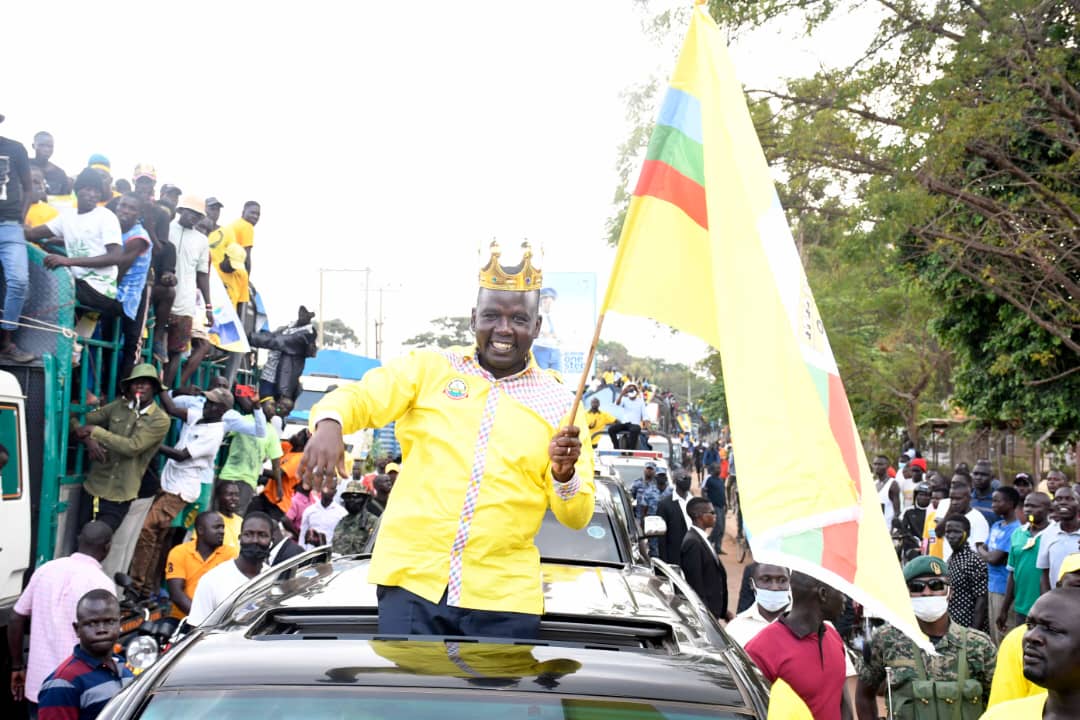 NRM flag bearer for the Soroti City East constituency, Hon Herbert Edmund Ariko, says if he is given the mandate, his main task in his term will be to monitor and supervise all government programs in the constituency.

He adds that he is also going to ensure that the NRM manifesto is fully implemented in Soroti City-East so that people can fully benefit and also continue supporting the ruling party.

“The key issue on my agenda is to ensure that the NRM manifesto is fully implemented and the people of Soroti enjoy the good leadership of the NRM government. I want our people to access all the services that are designed to benefit them by government” Hon Ariko as he addressed crowds shortly after his nomination by the Electoral Commission.

He called for a change in the direction of the politics of the City from one that is based on propaganda to politics that is focused on the development of the region and the wellbeing of the people.

“We should work proactively, position ourselves and lobby for the central government intervention to transform the lives of the people. I am going work towards transforming Soroti City into a modern city befitting it’s status,” he said.

Hon Ariko was accompanied by the a host of NRM bigwigs led by Vice Chairperson Eastern Region, Capt Mike Mukula.

“It’s the desire and aspiration of the NRM to see that there’s equitable development, socio-economic transformation and the people of Soroti just like any other part of Uganda will enjoy equitable development. One of the core pillars of a good city is to ensure that there is sustainable livelihood and urbanisation, the city must be responsive to the future generation.” Ariko added.

Meanwhile, Mukula said that this by-election is to usher in what he called a fundamental change in the politics of the City. He said NRM seeks to regain leadership of the city and deliver on its manifesto promises.

“We have several packages that have not yet been unpacked because of poor leadership. Now that we have a formidable candidate, they will all be unpacked. As a party we’re going to win this election decisively,” Mukula said.

Ariko faces his rival Attan (FDC) who’s also counting on the same voters to return him to parliament after court annulled his victory courtesy of Ariko’s successful petition. Both Ariko and Attan have been FDC children until Ariko defected to NRM thanks to the work of Speaker of parliament Rt. Hon. Anita Annet Among who delivered him to the ruling party.