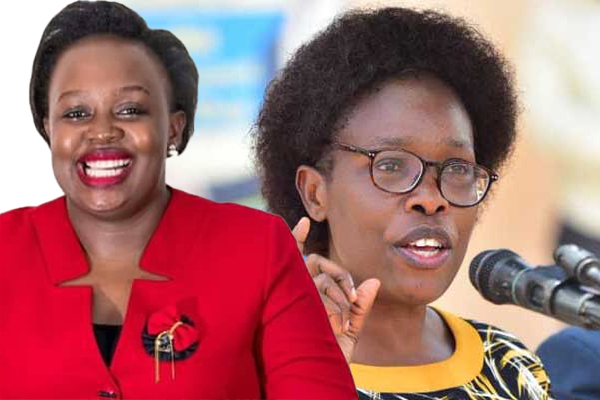 Last Friday’s eviction of Mityana woman Member of Parliament (MP) Joyce Baagala Twatwa was met with mixed reactions. The election petition was filed by current Minister of Lands Judith Nabakooba Nalule, whom she defeated in the recently concluded general elections.

Until this judgment, it had appeared as if the 2021 general elections would present no hotly contested bi-election as has always been in the past elections where we have had the likes of Arua, Rubaga, Kabale Woman, Jinja Municipality and Bugweri where the line was clearly drawn between the ruling NRM and the opposition loose alliances.

At the time of writing this analysis, it had not yet come out clearly whether Baagala would appeal or had decided to go with the High Court Decision and return to the polls – the only person to have done so being Prof. Gilbert Bukenya in the 2016 elections – after his election was annulled by the High Court the Baagala way (one instance of bribery proved).

At the background of this possible bi-election, is a silent majority or minority of indigenous Mityana residents who have had to taste or smell their own blood, or prematurely burry dear ones; others are still nursing big wounds or licking scars of the widespread ruthless land-evictions.

Tells of razed churches, technical institutions especially in Katutu Sub-county where tycoon Abid Alarm evicted residents from nine villages through wanton burning of their houses, machete wilding gangs; unknown to the residents, beating and killing off those who attempted to resist – date as far back as 2002 but still fresh; the reason opposition MPs like MP Zaake are preferred to the likes of Simeo Nsubuga and Nabakooba whose legislative skills appear more sharpened by virtue of their respective previous employments.

During the Justice Bamugemereire Commission of Inquiry into land matters, there were reports of government plan to turn Mityana into a Commercial Agricultural zone with ranches likened to the US’ Texas State, thus its reluctance to tame large-scale eviction of locals with impunity.

On his part, President Yoweri Museveni has been look warm on the above torment, instead he turned to the public gallery bitterly wondering why people rejected ‘hardworking’ Nabakooba and the likes of Dr. J.C Muyingo (State Education minister) in the neighboring Kassanda.

But what chances are still there for Baagala to avoid a bi-election which all indicators show is likely to be violent?

From the Judgment delivered by Justice Emmanuel Baguma on Friday, one can discern that it will largely be Baagala and her lawyers to blame if she finally loses her sit. The lawyers, Chrysostom Katumba formerly of Lukwago and Company Advocates and Caleb Alaka had curved out winning election petitions as their niche until this one; of course not every day is a Sunday.

Their submissions were not the kind made by novices, but a bit of laxity or not well-calculated tactic cost them this petition. They raised several Preliminary Objections (points of law) which would have cut short Nabakooba’s hopes for a Parliamentary seat without even going into the merits of the petition but somehow they were not thorough in their pursuit. The objections were:

a)    The Petition is incompetent for being supported by a defective affidavit which was commissioned by a one Owakukiroru Raymond whose practicing certificate had not been renewed.

b)   Electoral Officials giving evidence without lawful authority from the Electoral Commission. 105

c)    Affidavits filed out of time without leave of Court.

f)     Translator not on oath contrary to the provisions of the illiterates Protection Act.

g)    Deponents not on oath. viii. Commissioning on separate sheet.

The lawyers however made one fundamental mistake of not raising the above in either their answer to the petition or at the commencement of the hearing or at scheduling conference during which issues are agreed upon. They kept quiet until up the stage of submission (where lawyers assess their evidence against their opponents and advise the judge on what to do) to raise the above points. This, to Justice Emmanuel Baguma who made this ruling, amounted to violating the non-derogable right to fair hearing since Nabakooba and her team would have no opportunity to controvert the objections.

Especially on the objection against Commissioner of Oath Owakukiroru, the judge found himself in a dilemma where he had two letters from the Chief Registrar stating that the Commissioner renewed his practicing certificate on March 19th, 2021 eight days after he had Commissioned Nabakooba’s affidavits on March 10th, 2021, but could not establish the authenticity of those letters either through calling the Chief Registrar as a witness or asking her to swear an affidavit; as doing so would amount to re-opening the case. He thus ruled:

“It was shocking and disturbing to this honorable court to find that Counsel for the 1st Respondent referred and attached a letter from the Chief Registrar dated 5th May 2021 alleging that the said Owakukiroru renewed his practicing certificate on 19th March 2021. Yet when this matter came up for pre-session meeting on 16th August 2021, this issue was not raised neither was it raised at Scheduling on 20th August 2021 or at any time during the trial. Counsel decided to keep it a secret until they raised the Preliminary Objections through written submissions which defeats the principles of fair hearing. It is therefore my view that this was done intentionally either to wait for this stage where the Petitioner would have no opportunity to respond to the same, or to deny the court the opportunity to establish the authenticity of the two letters.”

Secondly, the Nabakooba and her lawyers filing affidavits out of time (when Baagala had already responded to the petition) could have been another opportunity to throw out several affidavits including the one of Nakyagaba Tolophina a registered voter at Namyeso Primary School on which the judge based to annul the election. The lawyers had chance during scheduling conference to ask court to reject those affidavit, but they did not utilize it.

In his own words the Judge stated: “When the petition came up for Scheduling, the said affidavits were admitted upon application of each party and were accordingly marked and put on court record, thus this Objection is overruled.”

But there is still hope in the Court of Appeal to overturn Justice Baguma’s decision based on the long-standing decision in the case of His Eminence Cardinal Nsubuga & Anor where it was ruled that “an illegality once brought to the attention of court, overrides all questions of pleading, including any admission made thereon.” Justice Baguma relied on the recent Supreme Court case of MS Fang Min v Belex Tours & Travel Ltd where it was stated that:

“The right to a fair hearing is a non-derogable Constitutional right. It must be observed even when an illegality/fraud is raised”, but this could easily be distinguished by the Court of Appeal since each case is decided based on its facts and unique circumstances. The judiciary has been vocal on quark lawyers who practice without licenses or con people claiming to be advocates and reached the extent of requiring every advocate who appears before a judge to move with a copy so for Justice Baguma to overlook Commissioner Okwakukiroru’s issue amounts condoning an illegality which the Court of Appeal may not do.

This one passes for Nabakooba’s star witness. One fundamental mistake Baagala’s lawyers made was not to cross examine her about her allegations that she was invited to MP Francis Zaake’s home and was bribed with Shs10,000 and was later given money by another presumed Baagala’s agent to distribute to other voters to win them over. The purpose of cross-examining a witness is to bring out any contradictions or ascertain how truthful he/she is. The lawyers didn’t venture.

In establishing whether Zaake was Baagala’s agent, the judge relied on the fact that during the hearing of this petition, Baagala admitted to MP Zaake having campaigned for her. But it is a fact that both Baagala and MP Zaake were vying for both Mityana Woman MP and Mityana Municipality constituencies respectively.

Given the fact that Nakyagaba was invited at Zaake’s home and not that of Baagala, the bribe could have been intended to lure her vote Zaake and not Baagala. The entire judgment does also not reveal whether Baagala was present at the said meeting during which Nakyagaba was bribed.

But the judge was also at a loss since MP Zaake was not asked by Baagala to swear an affidavit to clarify on this issue. He was left with no choice but to conclude: “The 2nd Respondent (Baagala) did not bring any evidence from Hon. Zaake to refute or otherwise explain the circumstances surrounding this allegation. She also chose not to cross examine Nakyagaba Tolophina ….  When she was asked about the activities of Hon. Zaake in cross-examination she conceded that Hon. Zaake did campaign for her. She therefore put him in her place to do a portion of her work and is therefore liable for his activities.”

The entire judgment is full of evidence from Electoral Commission officials, who are supposed to be non-partisan, supporting Nabakooba’s allegation of non-compliance, especially admitting to allowing people who had already voted to vote again, issuing more than one ballot papers to an individual and superintending their casting, allowing people not on the voters’ register to vote, deliberately not using BVBK machines to verify finger prints among other irregularities. One would easily conclude that this petition was planned and all evidence was assembled within EC offices.

Though their evidence wasn’t the basis for the annulment of the election, they should at least have been condemned if referring them to the Director of Public Prosecution for electoral-related offences to be preferred against them was such a hard thing for Justice Baguma to do. The ‘Temple of Justice’ – the Judiciary is presumed to be – should not be seen to be allowing criminals walk freely within its corridors to the extent of dining at the high table like it is evident in this petition.

Hopefully, Hon. Baagala will offer the Court of Appeal an opportunity to have another chance of re-evaluating this petition.