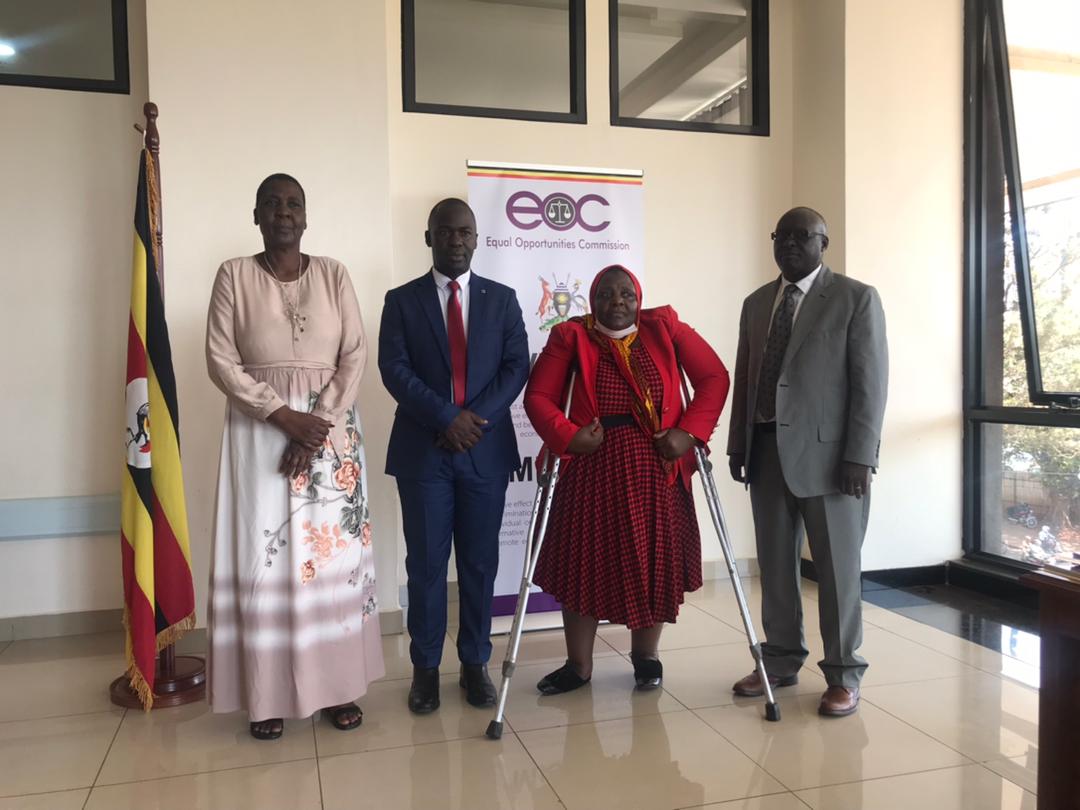 In exercise if the powers vested in him under Article 99 of the Constitution of the Republic of Uganda and section 5(2) of the Equal Opportunities Commission Act 2007, President Museveni has appointed Sseruwaji Habiibu as a member of this commission representing youths.

After taking oath Sseruwaji applauded president Museveni for putting trust in him.
“Am very greatful and thankful to President Museveni for appointing me in this position. I am coming to work as a team member and also to give support to EOC activities especially in areas of youth and children affairs” he says.

He noted that there is a lot of discrimination of the youth when it comes to empowerment programs, citing the Youth Livelihood Program that was scrapped without any replacement.
Sseruwaji further expressed dissatisfaction on government program of Prish Development Model.
“The PDM has no component of the youth despite having the highest population of over 70%. The inequality in government distribution of resources is alarming” he stressed

Sseruwaji took oath today as a member of this commission and was administered by the deputy registrar of Court of Appeal Bucyana Lillian.
Meanwhile, the chairperson of the Equal Opportunities Commission Hajjat Safia Nalule Jjuuko also applauded President Museveni for filling the gap in EOC.
“I would like to take this opportunity to thank the President for appointing Mr Sseruwaji Habiibu a member of EOC representing the youths. We are happy and ready to work with him and we have alot of hope in him as a vibrant youth” she pledged

EOC is a Statutory body established by an Act of Parliament to effectuate Article 32(3) and 32(4) of the Constitution of uganda
EOC is mandated to eliminate discrimination and inequalities against any individual or group of persons on the ground of sex, age, race, colour, ethnic origin ,tribe, birth, Creed or religion, health status, social or economic standings, political opinion or disability and take affirmative action in favor of groups marginalised on basis of gender, age, disability or any other reason created by history, tradition or custom for the purpose of re-dressing imbalances which exist against them and to provide for other related matters.