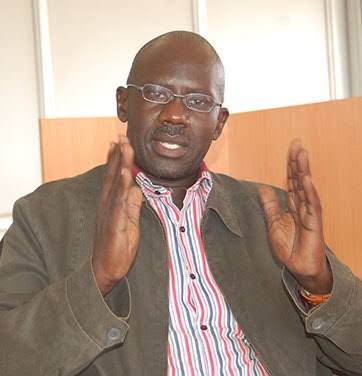 President Museveni recently announced his intention to increase the salary of science teachers against those of arts because according to him Science teachers are more useful to the nation than arts teachers .
First this reasoning is so unfortunate and harboured with ill hidden intentions against the poor citizens and children of Uganda who predominantly go to public schools.

In this quest Museveni consciously knows that, majority of the well do people stealing from government, doing illicit businesses and working for state dubious policies are not affected because they are able to pay their children in private schools with teachers who are well enumerated.
President Museveni forgets that ,the UPC government of Obote- using public education made him a better citizen from a poor unrecognized child/ family to access quality education like the rest of other children from well to do homes without discrimination of any sort.

During COVID-19 lockdown , the children of the well to do were busy studying in international schools but the poor Ugandans were forcefully kept at home for two(2) years without any question. Now after resuming back to school, government has come out to interrupt their education by casuing a fight amongst teachers of arts and sciences to further infringe on the students and pupils who are now regaining their educational might. The teachers are on strike and more than two weeks have been lost and yet the pyschological effect of the trauma amongst the teachers are not being addressed,implying that the teachers will unleash their negative emotions to our children. This is what Museveni and his wife the Minister of Education do not see and imagine and worst neither the members of Parliament who represents these peasants and poor people.

Nonetheless, the matter of salary increment is not about the subject one teaches but it’s about the rights over salary verses the obligation of government and hence Museveni cannot merely cause confusion among teachers and gets away with it with impunity.
Every one agrees that ,at the current costs of living due to skyrocketing prices of essential commodities, which government has also failed to address, the teachers are the most affected with their low pay and hence whether Museveni wants or not the wisest thing to do is enhance the salary of all the teachers to a measure that would attempt to meet their costs of living instead of causing more problems amongst teachers.
It must be known that, an attack on teachers is an attack on all UGANDANS and worst still the future of our Children and the Country and therefore causing conflict amongst teachers do not only affect the teachers performance but basically the quality of education and the future of the our children.

It’s more serious to realize that ,President Museveni wants to divert the focus of the citizenry from discussing the high costs of living due to high costs of commodity prices by using the plight of teachers .
It’s now clear that Museveni having known the potential of teachers in causing change in the management of the Country is more determined to break the education sector by dividing the teachers and ensuring a fight amongst them which will end up in producing unproductive citizens who are unable to compete with his grandchildren and the children of the few individual he has empowered in government.

Museveni is determined to ensure that by the time he leaves power ,other ordinary Ugandans are too weak,destroyed and completely confused to compete with ,his grandchildren who are attaining better study in private and international schools
Having learnt that the children of the poor like him ,are more serious and committed to survive amindst always their humble education backgrounds through the very poor teachers he despises , the President is determined to destroy poor students who studies in government schools inorder to promote the children of the rich who are studying in private and international schools.
Thereofore, UGANDANS should not just look at the president’s divide tactics in education is a simpler manner ,we must look beyond and stop it.

The author is the former MP of Oyam County South and a UPC member.