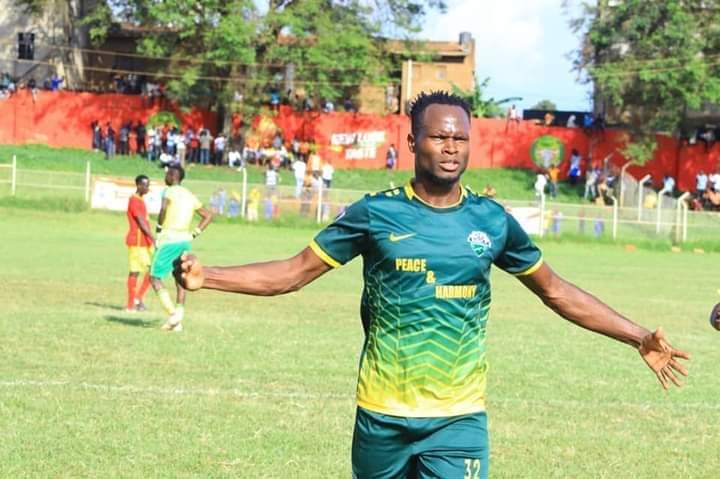 Striker Alex Benzema Kitatta staked his claim to a starting berth after he turned savior for Jinja based army side Gaddafi FC. The lethal goal poacher started his sixth match (in six) on the bench as Gaddafi visited BUL FC but was introduced midway the first half to replace an injured Faizo Muwawu.

His introduction paid off as the visitors attained more fluidity in the final third, pulling off impressive interplays that kept the visiting fans on their toes.

In the 57th minute however, this impressive play paid off when Kitatta latched onto Brian Kalumba’s well-weighted through pass to slide the ball through host keeper Saidi Keni’s legs and into the net.

With a goal down, BUL coach Alex Isabirye made a double substitution, introducing Simon Peter Okech and Ibrahim Nsimbe to chase the game.

It was however until the 86th minute when the resultant pressure bore fruits. Richard Ayiko’s teasing cross beat all Gaddafi defenders and the ball somehow ended up in the net.

Gaddafi tactician Peter Onen rued their missed chances, also adding that they were punished for a few mistakes they made. “We are however satisfied with a point for now because this was a derby. We shall build on that and see how we progress in the next games,” he said after the game.

Captain Andrew Waiswa echoed his coach’s words but vowed that they will work on their concentration so as to see out games.

The Soldier Boys thus settled for a draw which puts them on 9 points from 7 games. Kitatta’s goal comes as a big relief for the former Saints, SC Villa and UPDF FC player who also broke the Big League scoring record with 16 goals in 2016 while with The Saints.

Prior to that goal he has always come off the bench since his switch from UPDF to Gaddafi at the start of the season. This is the second time he is contributing to the goals following his earlier sublime assist against KCC FC. He now has 1 goal and an assist in six games.