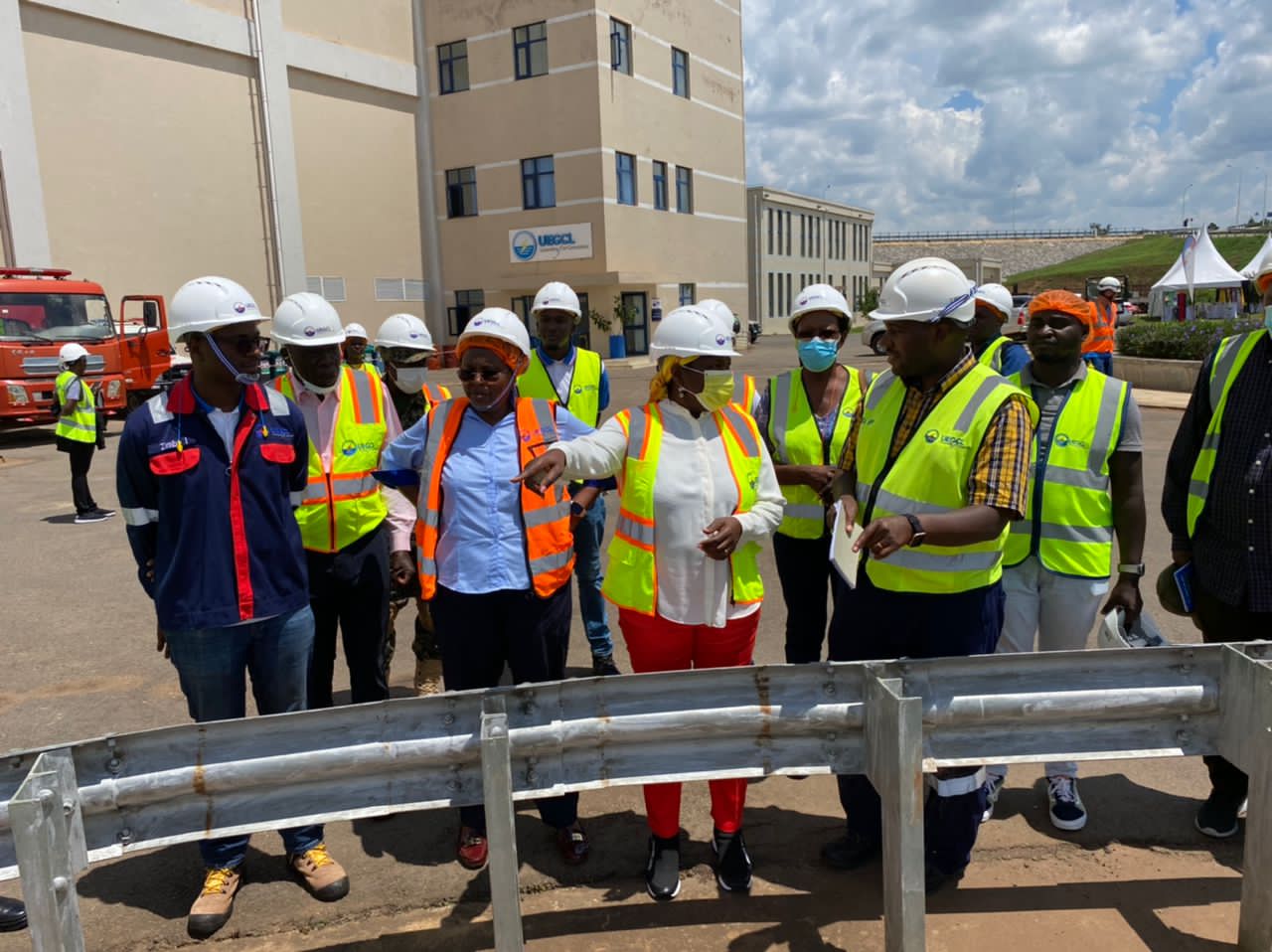 The management of Isimba Hydro-power plant says it’s engineers have managed to restore 2units and the load shading is over.

“Alot of work has been done. The good news is that UEGCL the operator has been able to contain the situation. Floods were contained and we didn’t lose any life and any equipment like generator and turbine” Isimba CEO Eng. Harrison Mutekanga informed the energy and mineral development minister Ruth Nankabirwa who was on a fact finding mission to the plant.

Mutekanga assured the minister that the remaining two units will come back to normal in the next two weeks.
“Unit one will be completed on Tuesday next week and the contractor will complete working on the defects to restore unit three. Isimba Hydro-power plant will be able to fully restore generating the power it’s supposed to generate” he says and described this as a great achievement to the company.

“We have responded well since this problem was not only technical but also had political and social perspectives. We can now comfortably say that we are generating 91.4MW at the moment from unit two” he said, adding that “I can now speak with confidence that loading shading will be no more because of Isimba’

He applauded Ugandan engineers who have managed to over come this incident. He assured the public of steady power generation at Isimba’ and that no more occurances of Loadshading will be entertained.

Meanwhile, Nankabirwa assured the country that Isimba Hydro-power plant can now generate power after the restoration of the two units and the engineers are working around the clock to restore the remaining two units I and 3. She added that Uganda is back to normal business of exporting 50 to 60MW to Kenya.

The UEGCL board chair Eng Gloria Nyuki also commended the good work exhibited by Isimba Hydro-power plant engineers. ” As the board, we commend the team for proving themselves capable. They are young people and they have passed the test by restoring units” she said adding that floods happen and the incident has been happening elsewhere not only in Uganda.
On the 8th of this month, Isimba Hydro-power plant shutdown due to the operational challenges that led the flow of water into the powerhouse.