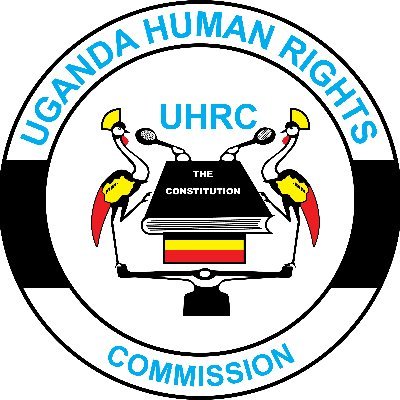 35 out of every 100 Ugandans suffer from some form of mental illness, reveals a report by the Uganda Human Rights Commission (UHRC).

The shocking statistic is contained in the 23rd Annual Report On The State Of Human Rights And Freedoms In Uganda In 2020 which the Commission launched last week at the Sheraton Kampala Hotel’s Rwenzori Ballroom.

Reading the findings, Commissioner Jacklet Atuhaire revealed that mental health cases in the country have increased sharply, with the covid-19 lockdown worsening matters.

“35% of Ugandans suffer from some form of mental disorder which requires treatment,” Atuhaire said. Delving into the report further she noted that depression disorders count for most of these cases at 4.6%, with men most affected at 3.6% while women contribute just 1.2% of the depression cases captured in 2020.

Other forms of mental illness, according to the report, include: anxiety, post-natal depression, bipolar disorder, psychosis, alcohol abuse, epilepsy, dementia and Post-Traumatic Stress Disorder (PTSD), among others.

Atuhaire, however, noted that the covid-19 pandemic and most especially the lockdown imposed by government in March 2020 has greatly increased the mental health challenges both socially and from a health sectoral perspective.

“UHRC notes that the outbreak of the Coronavirus with subsequent measures to prevents its spread within the country worsened the already neglected mental health services because it exacerbated the challenges of unemployment, poverty, disease, social distress, domestic violence, alcoholism and substance abuse and limited access to mental health services,” the reports reads in part, on page 98.

The Commission reveals that (following government’s hysterical excitement with Covid-19), all mental health clinics at regional referral hospitals were turned into treatment centres for Covid-19, with the exception of only Gulu, Mbarara and Fort Portal.

This in turn heightened the glaring neglect of mental health which is always given last priority in all government health institutions.

For instance, the commission discovered that patients taken out of the wards were relegated to improvised spaces within the hospitals; but many of which were unfortunately more traumatizing to these sick people. “In Hoima, the space lacked toilets, bathroom and enough bedding. Women and men shared rooms. In other facilities, some patients had to be sedated to control them while others were discharged before recovery to create room for new cases,” the report states.

The report also noted that from a sectoral perspective, government has not done to equip the mental health units in hospitals despite the rise in mental health patients.

A sectoral outlook, for instance revealed shortages in all key parameters including staffing, funding, availability of drugs and general healthcare of mental health. The report for instance shows on Page 100 that while government has attempted to employ mental health professionals at health units, the staffing levels are still too low to create any meaningful impact.

This malaise is manifested at the mental health national referral hospital at Butabika which has only 388 staff out of the required 533. This causes a shortage of a whopping 145 medics, with situation grimmer and grimmest at the lower units.

Meanwhile, Human rights defenders have urged the Ugandan government to put in place robust social support structures to help Ugandans cope with the continued adverse effects of the Covid-19 lockdown.

The call was made during a virtual meeting to discuss pertinent human rights issues in the country. The meeting hosted from the UHRC boardroom drew participants from various fields including civil society, government and media among others.

During the presentations, discussants generally called upon government to increase social support to Ugandans as the country gears towards reopening of the economy following almost two years of lockdown.

The calls came on the backdrop of numerous studies that show that many Ugandans are grappling to cope with the effects of the lockdown, causing grave challenges including mental health cases, impoverishment and general decline in living standards.

Presenting her case, Allana Kembabazi from ISER revealed that the organisation’s survey had shown that 0.3m Ugandans had descended into abject poverty as soon as the lockdown set in, with the poor jumping to 8.3m from 8m in the country. At the same time, households engaged in some form of enterprise reduced to 37% during covid-19 lockdown, up from 51% pre-Covid. She however expressed dismay that government worsened the situation by instituting ineffective covid-19 responses such as the covid-19 assistance funds which ended up being merely a ‘drop in the ocean’. She noted that as a result of increased poverty, many parents are now torn between a rock and hard place as many would wish for the lockdown to continue on schools since they have no money to take back children.

On his part, Donald Rukare decried the fact that many players in government and the private sector seized the ‘Covid-19 opportunity’ to simply profiteer by hiking prices of life-saving implements and services thus leaving the common Ugandan at God’s mercy.

He noted that while government had planned a response plan to provide oxygen to patients, not much was done in that regard thus putting the lives of many Ugandans on the line.

It is not surprising that during the Covid-19 lockdown, cases of suicide have increased within the population. Analysis however show that northern Uganda, which is incidentally the poorest region as per UBoS statistics, has recorded the highest rates.

Reports by northern Uganda based Unity FM for instance show that cases of suicide have shot up in the area, with three cases recorded just in the past week. The said cases include a one Sam Ongwec, a resident of Ajokawelo village, Okwerodot Sub County in Kole district who ended his life over domestic challenges. David Okello, the deceased’s brother told reporters that Ongwec killed himself after he complained that his wives were deserting him over poverty as he was finding it hard to fend for them as a result of lockdown poverty. In the same district, Sam Obili of Olot of Lela Munu village also killed himself over a debt that he was being pressured to pay by members of his area SACCO. In Lira district, Patrick Oming, the Amokoge Parish chief in Wiodyek Sub County committed suicide over a shs10m loan that he took from the Nen Anyim Village SACCO for which he was treasurer; but failed to repay the money.

Meanwhile, in Kampala, local YouTube celebrity Denis Kasule aka Abdul Kacule succumbed to epilepsy-related problems that he has battled since childhood. High pitched-voiced Kasule rose to fame after he appeared on Bukedde TV’s Abanoonya programme where he punctuated his search for a wife with incessant miming of local love songs that caught viewers’ attention. He luckily got a wife and sired a child. However, during the lockdown Kasule appeared on TV and Youtube channels seeking financial assistance from kind Ugandans including Mama Fiina. In his appeal, Kasule narrated how he had suffered so much with the mental illness, forcing him to go to pastors who worsened the situation by calling him demon-possessed.

It is worth noting that in their report, UHRC vividly highlighted similar challenges where mental health patients are ridiculed, mocked and also neglected as community members called them mad or demon-possessed among other derogatory terms.

Performance And Lifestyle Audits As A Cure For Corruption