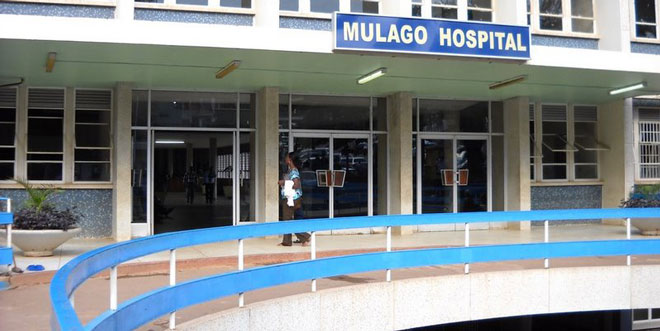 The misappropriation of Shs17bn meant for the management of Covid-19 pandemic during the deadly second wave of the disease triggered off the arrest of Mulago National Referral hospital Executive Director, Dr. Byarugaba Baterana, The Inspector can authoritatively report.

Baterana was arrested by the State House Health Monitoring Unit on Tuesday following a year-long cat-and-mouse chase which saw him act elusive until his luck ran out.

“We are querying mismanagement of resources, medicines and equipment at the hospital. As the head of the hospital, he is responsible and we invited him to help us with the ongoing investigations mid last month,” he said.

Investigations from our Field Inspectors show that at the height of the Covid-19 second wave which claimed many Ugandans, government advanced billions of shillings to Mulago Hospital to help it manage the crisis. This followed government’s establishment of a Covid-19 Specialized Treatment Unit at the national referral unit.

However, we have learnt that government got concerned when, despite the disbursement of these funds, the death toll at the hospital continued skyrocketing. Quick investigations later revealed that there was acute shortages of medicines and other PPEs, on top of increased complaints by medical staff about poor working conditions.

In fact, it is worth remembering that by that time, many Ugandans had branded Mulago Hospital as a death trap for Covid sufferers. As a result, many people withdrew their patients from the hospital, resorting to lesser private clinics which were agonizingly very expensive. Those who were not rich enough resigned to fate as they resorted to home management therapies of the disease including steaming and taking Dr. Kizza Besigye’s much touted Covid-19 concoction made of ginger, pepper and lemon among other things.

The situation got so bad that people began badmouthing the government with mindboggling conspiracy theories. The worst of them all was the weird claim that there was a Secret mafia working to ensure more Covid patients die from Mulago Hospital so as to push up the numbers of the dead for more Covid-19 aid from the World Bank and World Health Organisation!

With the government receiving so much stick from the general public especially on social media, the fire was soon somehow turned against Health Minister Ruth Aceng and Ministry of Health Permanent Secretary Dr. Diana Atwine.

Before long, a group of unknown people reportedly infiltrated the hospital, beating the tight security at its gates and successfully carried out a ‘coffin demonstration’. These protestors threw coffins with inscriptions calling for the resignation of Dr. Atwine and Minister Aceng for failing to manage the covid-19 pandemic despite taking lots of money and even occasioning onto Ugandans a senseless lockdown.

Matters would be worsened when out of the blue, social media went buzzing with posh apartments ostensibly belonging to Dr. Atwine but built during the Covid lockdown. In response, Dr. Atwine denied the allegations, attributing them to fights from some corrupt people who wanted her out of their way.

We have now established from our sources that indeed these allegations had a bearing with the investigations (and now subsequent arrests of Dr. Baterana and his co-accused) and could have been intended to sway the matter at hand. At the time however, there also emerged a narrative that Atwine was fighting Dr. Baterana because prior to her being named Ministry of Health PS, Dr. Baterana was in line to scoop the same coveted position. The above allegations caused so much commotion at Mulago, with the infighting and corruption allegations taking much more media focus than the then all-important Covid-19 fight.

The poor state of affairs led to increased public outcry, forcing the government to cause an audit at the hospital by the Health Monitoring Unit.

According to Namaara, the said audit revealed various inconsistencies including fraudulent and creative accounting which was found to have led to the loss of shs20.5bn in government funds.

However, a particular procurement deal involving Mulago-based First Pharmacy stood out. This showed gross abuse of office by certain administrators at the hospital, including Dr. Baterana.

We have established that in this particular deal, Dr. Baterana and five hospital administrators contracted First Pharmacy to supply drugs. However, the audit would reveal that whereas Baterana as the accounting officer acknowledged receipt of the drugs and therefore signed off the money to First Pharmacy, there were no drugs at all in the hospital’s stores. On being quizzed, the pharmacy administrators insisted they had supplied the drugs and even had documented to prove their claims. This therefore left the hospital bosses with the trouble of explaining where those drugs had gone. The likely lines of investigation were that either the hospital bosses entered a deal with First Pharmacy to allow them use their accounts for the swindle and give them a commission cut, or that the drugs were actually delivered by the pharmacy and somehow later found their way out of the hospital. This was what prompted the monitoring unit to interest itself in quizzing whoever could have been complicit in this shady procurement.

Following the above revelation, investigations revealed that 6 hospital bosses led by Dr. Baterana were responsible for this ‘swindle’. They were thus summoned for quizzing at the State House Health Monitoring Unit offices in Nakasero.

According to our sources, Baterana’s 5 co-accused responded to the summons and recorded their statements.

However, Dr. Baterana defied the summons, despite earlier expressing willingness to comply with the investigations. It later emerged that his hesitation was prompted by funny advice he received from his lawyer only identified as Twesigye, who he reportedly hired from Mbarara.

“That the lawyer advised him not to go, assuring him that they would file applications to circumvent the charges or better still avoid the case completely,” a source said.

We have learnt that indeed, once Baterana’s lawyer came to Kampala, he rushed to the High Court Civil Division and filed a case of violation of his client’s rights against the police and the State House Health Monitoring Unit officials.

However, upon scrutiny of the evidence at hand, his co-accused’s lawyers advised him to go and record the statements as required by the police because his human rights violation application was a total nullity given the circumstances.

“He was advised that there was no way he could file a rights violation case because nobody had touched him by way of arrest or detention. Secondly, there was evidence pinning him on having acknowledged receipt of the money so the police had every right to summon, arrest or quiz him,” our source said.

Despite the advice, Baterana trusted his lawyer’s ability to save him. He thus continued to postpone his response to the summons, reportedly telling Dr. Namara and other investigating officers to give him some time to link up with his lawyer and report for quizzing. However, he later became even dodgier and when the pressure piled on him by Monday afternoon, he switched off his phones. It is after that act that the health monitoring team ran out of patience and decided to pick him up,” our source said. 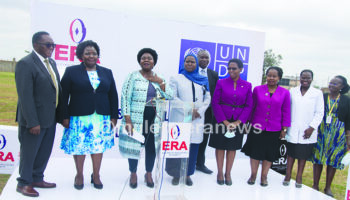