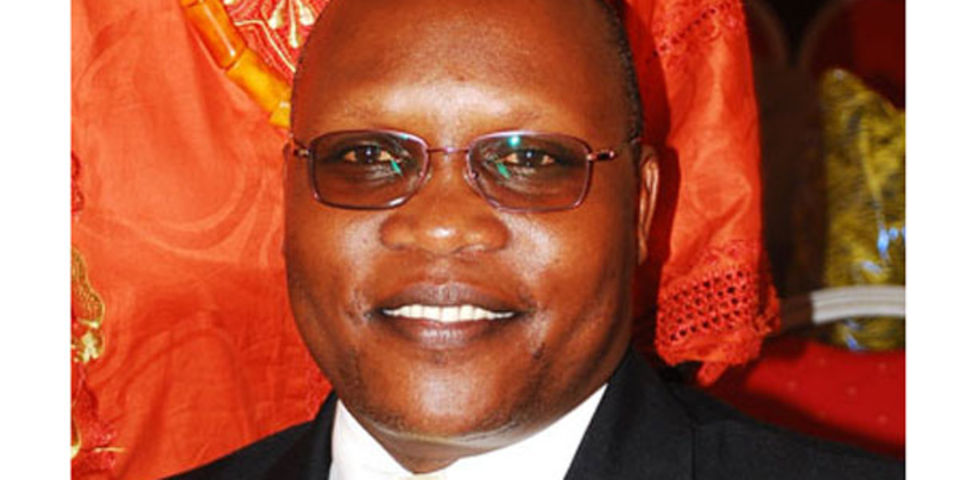 Like we promised in our previous issue to reveal details about former Minister Gabriel Ajedra Aridru’s properties entangled in the ongoing marital squabbles with wife Elizabeth Aridru, today we dig deeper and bring you reasons why the minister may end up a pauper if he doesn’t play his cards well.

In her cross-petition filed in the High Court Family Division – Makindye, Elizabeth accuses Ajedra of squandering the little wealth she and him had acquired, on the numerous mistresses the ex-MP has within the city. The money-chomping mistresses— who are equally Ajedra’s co-defendants include: Aisha Alibhai, Nyakato Jannifer, Benna Annette Murozi and Mickey Bibiana. Elizabeth avers that the former minister indulged in this extravaganza at the expense of their little children. The estranged wife specifically accuses Ajedra of diverting the money which was meant to construct the house for their children in Sonde to constructing that of Alibhai in Najjera. Sexy Alibhai is a former presenter of K-FM radio’s D’mighty Breakfast morning show and currently she is the Public Relations Officer at National Forestry Authority.

“Regarding the house in Sonde, it is your cross petitioner (Elizabeth) who has made a significant contribution towards its construction partly using the Shs120m she put on her personal account. In fact, the house is still incomplete to this day because the first cross-respondent (Ajedra) has on various occasions blatantly refused to contribute towards its completion. Instead, he channeled his focus on constructing a residential home for the 4th cross-respondent (Aisha Alibhai) in Najjera and abandoned his own children’s home,” Elizabeth states in her counter-petition in which she also sues Aisha and three other women; Nyakato Jennifer, Benna Annette Murozi and Mickey Bibiana.

She lays claim to the house in Munyonyo, affirming that it was the only matrimonial home for her and Ajedra to stay in after their customary marriage and she has both photographic and video evidence of Ajedra gifting it to her.

“Your cross petitioner maintains that she has an interest in property comprised in Block 246 plot 991, Munyonyo and the same has never been property of Ajedra’s daughters from his previous marriage. The said property was acquired in November 2016 following our (Elizabeth and Ajedra’s) traditional marriage in August 2017 and for the sole purpose of serving as a matrimonial home,” Elizabeth says. She adds that the Munyonyo house remained their only matrimonial home until they jointly purchased another home in Najjera which Ajedra duped her into selling after hoodwinking her that he was going to use the proceeds of the sale to build her and the children another home in Sonde. She further affirms that in fact her consent to the selling of the Najjera house was granted because she knew and was convinced by Ajedra that she had security of the home in Munyonyo.

“However, after the sale of the property in Najjera, Ajedra started denying Elizabeth access as a resident to the Munyonyo home. She was only allowed to visit whenever Ajedra needed her company,” she states in her court documents filed through her lawyers of Newmark Advocates. She further reveals how the Najjera house was sold at a whooping Shs670m, which money was supposed to be used to construct another home in Sonde for their children. To her utter shock, only Shs450m was deposited on the joint account she held with Ajedra and the rest was taken by Ajedra. As if that was not bad enough, Elizabeth says, Ajedra kept illicitly withdrawing more money from the joint account and by the time the construction started, very little money was left on the account. “Elizabeth later decided to withdraw the remaining amount (about Shs120m) and deposited it on her personal account to safeguard it from Ajedra owing to his said conduct,” she reveals.

Apart from the Munyonyo House, Elizabeth also demands vehicle Reg. No. UAW 333S which Ajedra is alleged to have given her as a gift during the introduction ceremony. She says she has video and photographic evidence of Ajedra giving the said vehicle to her as a gift. It is alleged that Ajedra sold the said vehicle to finance his re-election to parliament in 2021 which election he lost miserably. “It is the same vehicle Ajedra was using to facilitate his movements during the elections, but in case it was sold, it was sold without your cross-petitioners’ (Elizabeth’s) knowledge or consent and thus the sale is void abi niitio,” she says.

In his reply to the cross-petition seen by The Inspector, Ajedra makes no specific response in regard to the ownership of the above properties Elizabeth claims; which amounts to admitting to all facts as presented by Elizabeth.

Elizabeth is a daughter of one of the Ex-Prime Ministers of the Republic of Uganda and the said child in issue belongs to a top Kenyan official.

Watch this space for more details!!