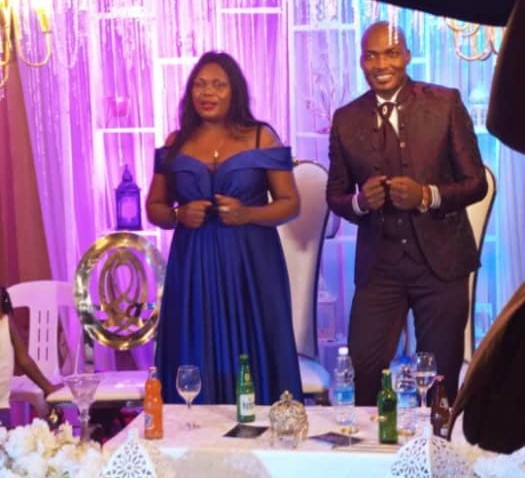 City music promoter Aisha Nakaayi who claims to be General Salim Saleh’s daughter, is reportedly involved in a bitter split with her now ex-lover only identified as Fred Sseruzi, after they suffered irreconcilable differences.

Word coming in from our Inspectors is that Aisha and Fred, who formerly worked with the defunct Uganda Taxi Operators and Driver Association (UTODA), are no longer seeing eye to eye and she has since hooked up a new man, who happens to be a senior police officer.

Inspectors have learnt that during the couple’s heyday, Aisha was so into Fred that she bought him a car on top of spoiling him with a lot of niceties and always keeping his wallet happy, although all that has since ended ever since she hooked the senior cop.

It has emerged that the two are very inseparable these days whereby Aisha is tight-marking the senior Cop so much that he no longer has time for his wife.

We have however learnt that the Cop’s wife is not happy at all with Aisha’s closeness to her hubby and as a result she has for the past six months reportedly been frantically doing everything possible to separate them in vain.

Sources close to the family reveal that the Cop’s wife has approached several bigwigs in security circles, including Gen. Katumba Wamala, begging them to intervene in the matter by calling her husband to order but all her efforts have proved futile because of the clout Aisha wields by the virtue that she claims to be General Salim Saleh ‘s daughter.

A story is told of actually how the wife a few days ago caused a scene at a hotel in Namugongo after she nabbed Aisha with her husband in  Land Cruiser car registered UBF 076D busy enjoying themselves.

Inspectors further reveal that the Cop’s wife sparked off such a wild tantrum and if it hadn’t been for Aisha’s bodyguard to come in and rescue her, the saga would have ended in bloodshed. The determined wife has since filed a threatening violence charge against Aisha vide ref: SD 69/05/10/2021 at Kira Division Police station.