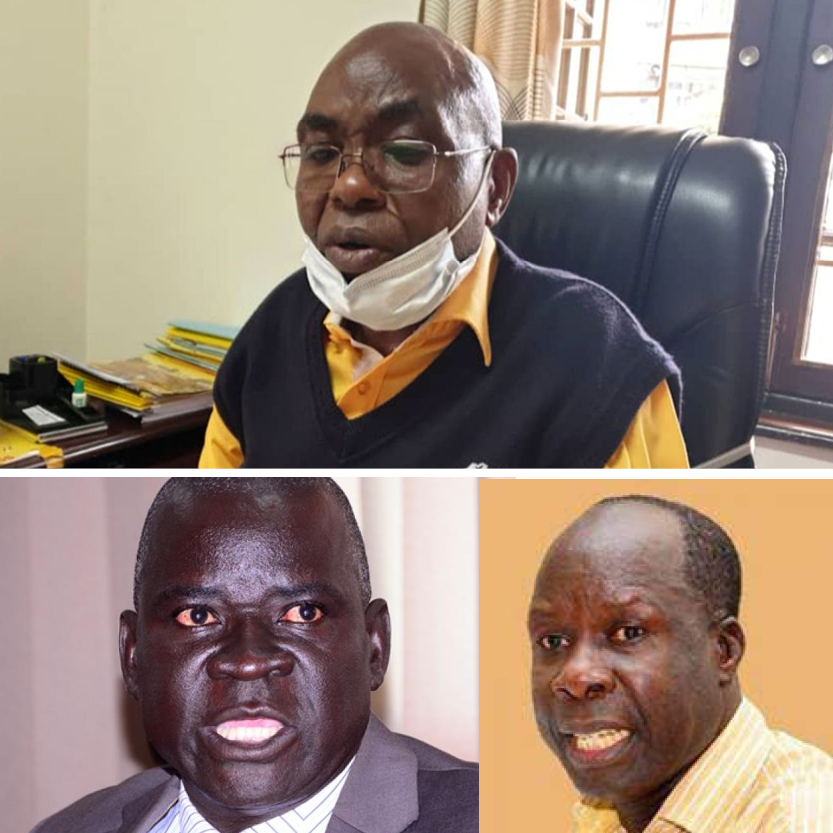 President Museveni is reported to be making final plans to make changes in the composition of the NRM Electoral Commission. Currently headed by Tanga Odoi deputized by Arimpa Kigyagi, the commission bosses are reported to be on tenterhooks as their jobs seem to be on the line. In fact, because of this plan, that’s why the man from Rwakitura has in the recent days chosen to come up with new names of NRM flagbearers in by-elections that have so far been conducted. It happened in Omoro and now Soroti City East leaving out the flagbearers of 2020! Hereunder, we reveal what’s at stake and how Museveni has been struggling to get the right man to run the NRM Electoral body!

In 2005 as President Museveni struggled to have a 3rd term, a meeting took place in United Kingdom. It was attended by NRM honchos in UK alongside a team of people Museveni dispatched to help him market his idea. Museveni dispatched ministers Tarsis Bazana Kabwegyere and Severino Kahinda Otafiire together with former Mawokota South MP Henry Mutebi Kityo. Museveni at the time according to Inspectors had gone to New York for a meeting but managed to cross to UK upon getting Intel that the UK chapter had also endorsed his bid.
“Mr. President, I want to report that we have passed a motion recommending your standing again. The motion has been moved by Mutebi Kityo and unanimously passed by the meeting” an inspector quoted the meeting organizer as briefing Museveni when he touched base in UK.
Somehow, after years while in Kampala attending UMA trade show in Lugogo, Museveni who had already secured his term, set his eyes on Kityo as he exhibited tractors. He pointed at him (read call) and secretly told him how he wanted to see him the following day.
“Kityo, they told me what you did for me in UK sometime back. I want to see you. I want you to do some work at the the NRM EC. You know Dr. Rugunda…..” Inspectors quoted Museveni as telling Kityo in what seemed to be a plan to knife then EC chairman Livingstone Ruhakana Rugunda. At that time, Rugunda’s EC had people like Lydia Wanyoto and Felistus Magomu as Commissioners. Therefore, around 2010, an NRM NEC convened at State House where Museveni briefed Kityo and asked him to do ground mobilization for himself among delegates so that when his name is proposed, they approve him. Kityo, we’re told, did as told by the president and even bought himself a brand new Kaunda suit and shoes which he put on in a hotel as he approached State House in order to look elegant!
In NEC, Museveni did as promised and thus proposed Kityo’s name to delegates but even before he finished his statement, delegates led by Arimpa Kigyagi allegedly shot up rejecting Kityo.
“No, no, no. That man is not fit. He ate my money. Oh, that man, he ate my money. I tell you even other MPs too are grumbling about him. He tricked us into a fake tractor deal. He’s not a straight person for that job” Inspectors quoted Kigyagi as rallying members to reject Kityo with tears almost rolling down his cheeks!
We’re told Museveni was left speechless for some moment as his man was being skinned until he decided to withdraw Kityo’s name as the noise had become like Russian missiles pounding Ukraine.

“Ok, ok, I withdraw Kityo’s name” he said as he threw his arms in the air and ordered for a brief break possibly to allow him consult on who next he could front.
When he returned, he fronted Rugunda’s deputy Felistus Magomu who happened to be a sister-in-law to then powerful presidency minister Dr. Beatrice Mukaye Wabudeya!
“Members, let’s have Felistus Magomu as acting chairperson since she’s the vice to Rugunda” he suggested but some Bugisu members like Bernard Mujaasi tried to shoot her down.
“Mujaasi tried to raise his hand as he grumbled but he was persuaded to dump his objection” says an Inspector, adding that there was a suggestion to postpone this to allow members return and handle it for another day but Sevo rejected it.
“You really want me to look for money to bring back NEC here with only one item on the agenda just to elect the EC chairman? No, no let her remain in acting capacity” he decreed and that’s how Magomu assumed powers.

However, as soon as she was confirmed in that position alongside her commissioners, problems started and according to NRM intelligence, no other EC boss has ever organized messy NRM primaries than Felistus Magomu and her team. This is why Museveni even knifed her shortly after a report by Al Haj. Moses Kigongo that investigated the mess in primaries! So messy the primaries were, that ballots were being sold on Kampala streets like beans! Following her exit, Museveni brought Elijah Mushemeza who served for a stint also, before Tanga Odoi and group came in thanks to his loud mouth while at Makerere as a lecturer.
Tanga we’re told used MUASA to stage strikes at Makerere, something that kept giving Museveni sleepless nights until he deployed his agents to fish him out.
During a NEC meeting at Entebbe, Museveni marketed Tanga Odoi to delegates saying, he had fished him from Makerere.
“I fished this one from Makerere. He used to give me a lot of trouble. He was organizing strikes all the time. However, I looked for him and I used him to demobilize his very group” he started adding that ‘you know, he can be hot headed that’s why I have recommended Arimpa Kigyagi to be his deputy so that he can help as a water cooler in the EC’

So far, we can reveal there are three names being fronted from each region. In western for example, Kigyagi, Alisemera and Karooro Okurut are being looked at. Kigyagi is a deputy to Tanga while Alisemera is a Commissioner and Karooro is currently a senior presidential advisor on media and former spokesperson of NRM.
In Northern, there are calls to woo liberal opposition activist and former Arua municipality MP Ezati Kassiano Wadri to join NRM and be granted that less political job. In fact, we’re told new NRM recruit Norbert Mao is said to be hunting for such people to join Museveni government. It is however, not clear if Wadri can accept such a deal given his loyalty to opposition politics! Besides Wadri, is former FDC MP Bernard Atiku who recently defected but lost his MP seat and is said to be grumbling.

“Besides, there’s a general feeling that the north is over represented in NRM leadership unless it’s for a strategic plan” says an Inspector.
In Eastern, besides looking at the possibility of renewing Tanga’s contract, are names like Jaff Akiror Egunyu and Peter Mashate. Egunyu is former FDC and state minister for Teso affairs but is now on Katebe since she missed out of being appointed to foreign service. She’s a good cadre who’s rumored to be close to Gen. Museveni doing some assignments for him though she’s now undeployed.

As for Mashate, he’s a London-based barrister and a born of Bugisu. He’s the man who worked alongside now Chief Justice Owiny Dollo and (legal) team to save Museveni from being dismissed as presidential winner of 2006 polls following Besigye petition. He has also done private work for Museveni representing him in private capacity in a UK court after being sued. A former AG of Bamasaaba cultural union, Mashate we’re told was even promised by Museveni a job as a Judge in Uganda following the numerous tasks he did for him but up to now, nothing has ever materialized!
In Buganda, we’re told three names including Rose Sseninde, Amelia Ann Sserwaano Kyambadde and that of Margaret Nantongo Zziwa. It should be recalled that Zziwa, a former speaker of EALA served alongside Arimpa Kigyagi, Peter Mashate among others on the NRM Adhoc Issues Committee.