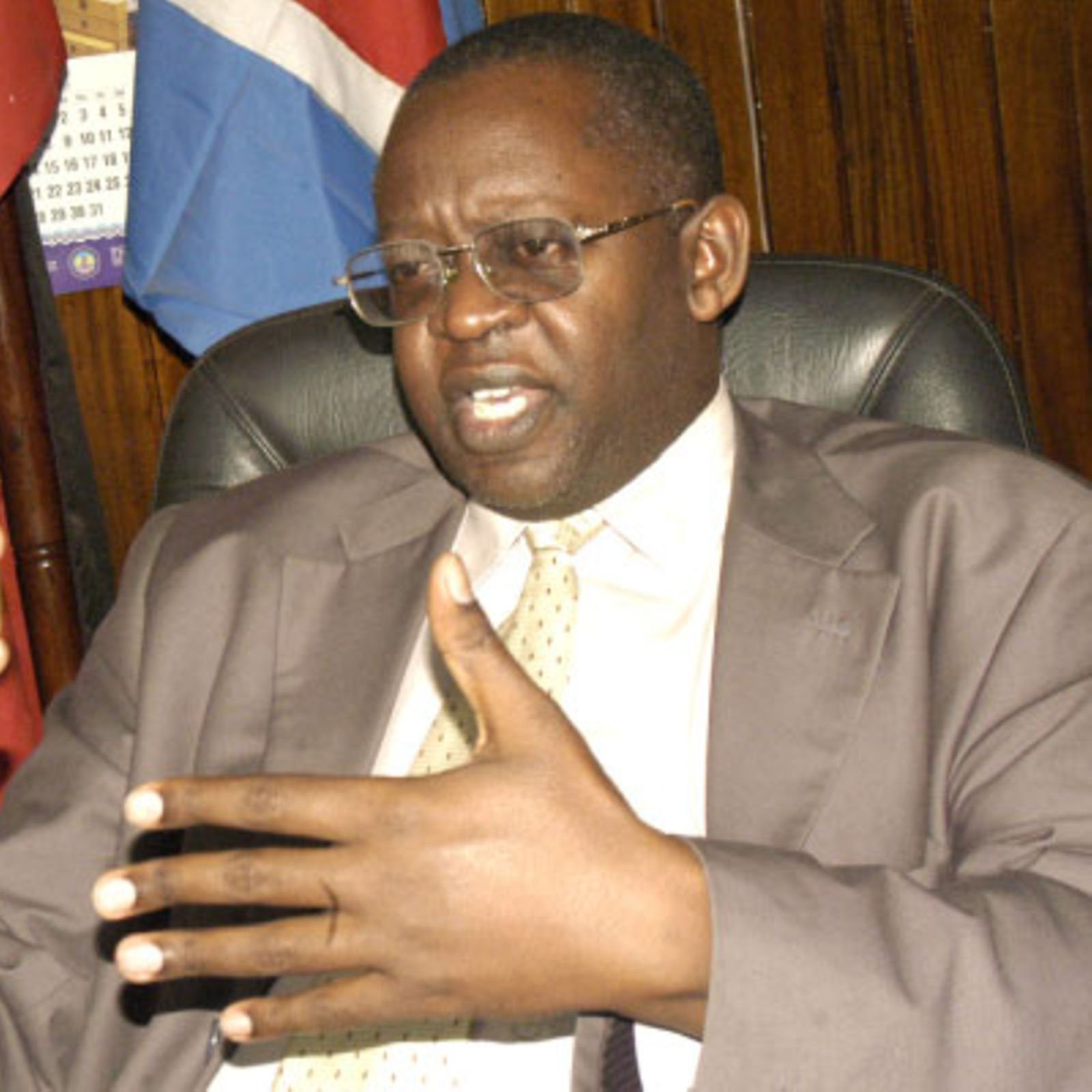 One of the former ministers in President Museveni’s government is under serious economic meltdown, this News site reports.
The minister we’re told spends much of his time shedding tears as the ugly face of poverty keeps widening it’s mouth to totally swallow him up and his late dad’s empire!

A son to former Chief Justice and or former Chief Minister of Uganda Bendicto Kiwanuka, Maurice Peter Kagimu Kiwanuka served under president Museveni as a state minister and ambassador.
However, Kagimu is currently a ‘teribly grassing’ creature, a situation that has attracted redicule from among his close pals.
Even among his family members, the former minister who’s also heir to the murdered former chief justice risks also losing his title as the heir.

“What have we gained from his crossing to NRM? We are counting losses only. Why is it that other children for other past leaders are doing well but for us, we have nothing? Why did he embarrass our father by defecting from his party-DP?” says an inspector knowledgeable on the issues in the family. Kagimu for now, lives in hiding according to Inspectors after a warrant of arrest was allegedly issued against him.

Maurice Peter Kagimu Kiwanuka is a former minister for economic monitoring, a position he got shortly after defecting from DP to NRM. He was among the surprise opposition legislators in the 7th parliament who voted in favor of lifting the presidential term limits to allow Gen. YK Museveni serve endlessly till now!
Indeed his action brought smiles on Museveni’s face and he appointed him to cabinet.
Kagimu served for a brief stint before Museveni kicked him out and posted him to foreign service as Uganda’s ambassador to Geneva and later to Nigeria before he was totally dustbinned. He is currently according to Inspectors sitting on a serious Katebe since the last six years.

The last that was heard about him was when he was struggling to save his father’s empire which money lenders finally razed down due to alleged unpaid loans. It is suggested that Kagimu secured a mega loan from one of the highly connected person in government and used one of the properties of his late dad as security.
The money we’re told was used in campaigns of 2016 as he tried to reclaim his Bukomansimbi seat and also to try to market Museveni in the region where his NRM was badly limping.

Indeed out of Kagimu’s ‘powerful loan’ initiative, Museveni managed to get 36000 votes in the district compared to last year’s general elections where he got a mere 12000 votes and all seats went to NUP.
As fate would have it, Kagimu landed into a double tragedy after he lost the MP bid and also couldn’t repay the loan. The highly connected creditor didn’t waste time and razed down the property according to Inspectors.
The beleaguered minister tried endlessly to secure audience with his NRM master Gen. Museveni but his efforts turned out to be wind and the property was lost!

When a decision was made to reopen parties in 2005, one of the local dailies (Monitor) ran a story/ interview conducted by Agnes Nandutu (now state minister for Karamoja). The interview was with Kagimu who the reporter contacted to know whether he was considering running for DP presidency and national presidency in the elections of 2006 now that parties had been reopened. Inspectors say Kagimu wasn’t committal in his answer but only said ‘we shall cross the bridge when we reach there’
Inspectors said that when this interview was published, security picked interest in Kagimu’s statement and that very weekend, he was allegedly summoned by the Commander in Chief. The meeting took place at Rwakitura but all wasn’t a bed of roses.
Clad on in his military fatigue, the CiC reportedly turned his eyes in the socket several times as he met Kagimu. He then warned him against joining the DP.

“Kagimu, I don’t want you to join DP. I repeat, don’t join DP. If you do, don’t say I didn’t warn you. Don’t join DP” an inspector quoted Museveni as telling Kagimu with a sharp face.
At that time, Kagimu had all along (since 1992) been struggling to get some assistance from government just like sons of other past leaders were doing but nothing was coming out. However, what is not clear is whether he was given some dollars after the Rwakitura interface with Museveni.
Inspectors said that arising from that Museveni meeting, Kagimu remained at crossroads and this explains his eventual voting in favor of lifting the presidential term limits.

“He couldn’t join DP even when there were calls for him to lead his dad’s party. He was fearing to anger the CiC since he had strongly warned him. He kept the information to himself because he wanted to avoid direct confrontation with Museveni. He trusted the president but he’s now regretting his actions” an inspector said.

Indeed, following his defection, Kagimu lost his MP seat in 2006 and Museveni remembered him with a state ministerial job as economic monitoring minister! This seat however, was removed from him in 2009 and given to Margaret Mbeiza and or Vincent Nyanzi. Kagimu would later be posted abroad ahead of 2011 elections as an ambassador.
“When he finished his tour of duty as ambassador, he remained on the street up to now. He has tried several times to remind the CiC of his plight but to no avail. He’s now a wanted man with a warrant of arrest hovering over his head. He stays in hiding to avoid arrest” says an Inspector, adding that Kagimu keeps telling his family members that ‘I regret 1000 times my actions to join NRM. All these problems facing us are as a result of that. The money lenders were highly connected’

Inspectors suggest Kagimu on several occasions has tried to reach out to Museveni but the head of state allegedly keeps telling him to keep breathing with hope.
“Kagimu don’t worry. I know your issue. I will answer you” he reportedly says on all occasions the former state minister has tried to bump into him now six years running. His issues we’re told had even reached the Catholic Church headquarters at Rubaga with the late Arch Bishop Dr. Cyprian Kizito Lwanga having been in the center of it. He one time ferried Kagimu to Museveni and the president allegedly repeated the same statement that ‘Kagimu I know your issue. Don’t worry’

This same statement we are told the CiC allegedly made it to him even on the most recent Memorial Service for Ben Kiwanuka at the High Court premises. Kagimu reportedly ambushed Museveni and begged for his attention saying he was riddled with debts and joblessness and Museveni repeated the same statement that ‘Kagimu don’t worry. I know your issue’
For six years now running, this son to a former national hero has allegedly been living in anticipation of Museveni’s ‘manna’ to help sort his ruined status but nothing forthcoming. Interestingly, as luck would have it, the reporter Nandutu who made his interview has risen through the ranks and is now also a minister!
Our Inspectors say Kagimu has written endless letters to CiC reminding him of his nasty plight but these seem to be barren up to date.
“There’s a small shop that sells rims of paper around Rubaga. Its’ biggest customer is Kagimu. He keeps buying rims of paper as if he’s writing a book. He keeps writing letters to Museveni but he hasn’t gotten anything” says a close Inspector.

WHAT IS AT STAKE

While he is reported to have religiously kept his promise to CiC at Rwakitura never to join the opposition, the opposition itself is not willing to waste him.
We are told his current state of affairs has somehow landed into the ears of NUP principal Robert Kyagulanyi alias Bobi Wine. Also another group of DP members want him to join the party that they claim is now almost next to non-existence.
“They want him to join DP and he becomes the president general. They have sent several emissaries to him but he isn’t yet warming up to the occasion. He fears to annoy Museveni I think. DP wants to rebrand and anyone from Ben’s family would be a great deal for the dying party” says an inspector.
On the other hand, the NUP principal is also said to be picking interest in Kagimu saying if he joins his party, it will be a major blow against Museveni in the greater Masaka region.

“People like Kagimu are the ones who are still keeping this man around. He is confusing our people in that region with his NRM things. If he can join NUP, that will be a great deal” says an inspector.
To the opposition, Kagimu given his dad’s influence in the Ugandan politics, it is laughable that he is not even in parliament. They blame this on his decision to join NRM which he now according to Inspectors views as the source of his current troubles.
Back in his family, Kagimu is also reported to be facing pressure to abandon NRM or else they denounce him as their heir. In fact, last Saturday we’re told one of his siblings tried to arrange another funeral rite to install a new heir but this function was foiled.

“If his plight had been looked into, such embarrassments wouldn’t have come. What didn’t Ben Kiwanuka do for this country for his family to be subjected to such public ridicule? The man is troubled and looks confused. He now hates himself for the mistake he made. He lives in the bush for fear of arrest. But trust me, he will soon be in Luzira because his tormentor has already secured a warrant of arrest” says an inspector.
Watch this space!