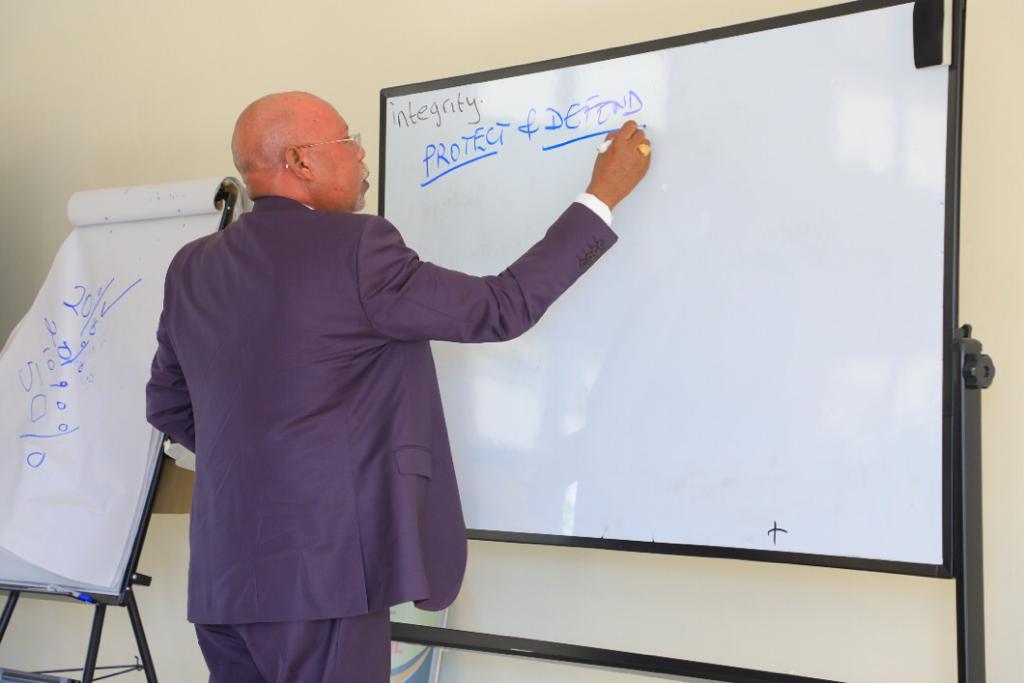 The minister for foreign affairs Gen. Abubaker Odongo Jeje has encouraged Uganda’s ambassadors to prioritize peace and security of the nation in their work.

The Minister made the remarks this morning as he addressed Uganda’s Ambassadors at the National Leadership Institute Kyankwanzi who are attending a week-long retreat.

“The program for this year’s retreat, which saw you visit industrial parks in many Cities upcountry, was intentionally designed to equip you to become efficient and effective representatives of the country abroad” Gen. Jeje told the ambassadors.

According to the ministry’s Department of Public Diplomacy, the battlehardened General who is also the MP for Orungo county, gave a detailed account of the key priorities that the Ambassadors should focus on.
“Special focus should be put on the Peace and Security of the nation, Economic and Commercial Diplomacy, that will attract Foreign Direct Investment, seek markets for Ugandan products, harness the Diaspora for national development and to attract tourists to the country” he advised.

Other presentations made at the Ambassadors retreat today include the Program based approach to development by the National Planning Authority; the Investment Opportunities in Uganda by the Uganda Investment Authority; and Enhancement of Performance in Uganda Missions Abroad.
The retreat was opened by the ministry of foreign affairs Permanent Secretary Hon. Vincent Waiswa Bagiire.