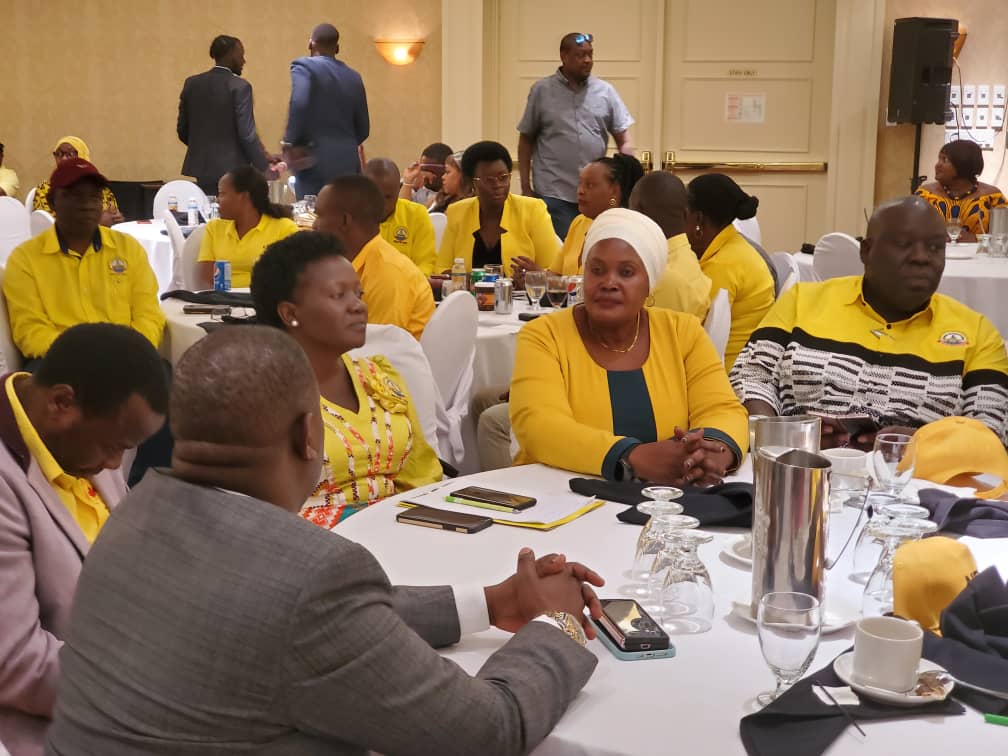 According to NRM caucus publicity secretary Brandon Kintu, the symposium is taking place under the theme “Consolidation of the NRM government achievements in the sectors of social, political and economic and the role played by Ugandans in the diaspora”.

Meanwhile, the NRM is set to hold it’s maiden NRM Diaspora Convention in Europe next week from Thursday. The convention is taking place in Munich-Germany under the theme ‘Caltivating a future for Uganda’
According to Ms Lillian Ikulumet, the Organising secretary, the three day convention will cover topics including Human Rights subject in Uganda, National Identification documentation, Labour market in diaspora, Youth/women economic empowerment initiatives for Ugandans, Investment opportunities for Ugandan diaspora, Education opportunities in Germany, tourism among others.

“The key activities at the convention will include presentations and keynote speeches, brainstorming sessions, trade product and service show, social networking among others. We feel this is an opportunity for the Ugandan community in both Uganda and Europe to come and engage with the ruling party, government officials, German agencies, Ugandan missions abroad and it’s Diaspora League charpter at large” she says.

The meeting is to be attended by ambassadors, NRM Secretary General, Director for Diaspora/external affairs, ministers, MPs among other top high ranking government officials.