Benard Odoi Onen, the Eastern Youth Member of Parliament wants government to involve the young people in governance and planning processes.
Onen made the remarks while attending the ongoing Commonwealth Heads of Government Meeting(CHOGM) in Rwanda under the themed, “Taking Charge of Our Future”.

Onen says the forum has given leaders chance to share different experiences from the Youths of the 54 Commonwealth member states.

He explained that it’s an opportunity for leaders to amplify voices of young people for effective participation in an accountable youth movement and democratic political processes in order for them to take charge of their future.

He explains that his message at the summit was simply to awaken the youth to be prepared and take charge of their current going into the future.

Bwayo Emma the Namisindwa Youth Male Councillor revealed that Youths have been relegated to be soft targets for malicious damage. “They are used by politically and economically connected people to trend hate messages and survive on tokenistic materials and meaningless titles” he says.

Bwayo says there is need for an effective, meaningful and inclusive participation in key decision making processes, limited knowledge of government programs for the young people to achieve the theme. 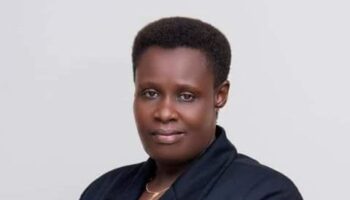