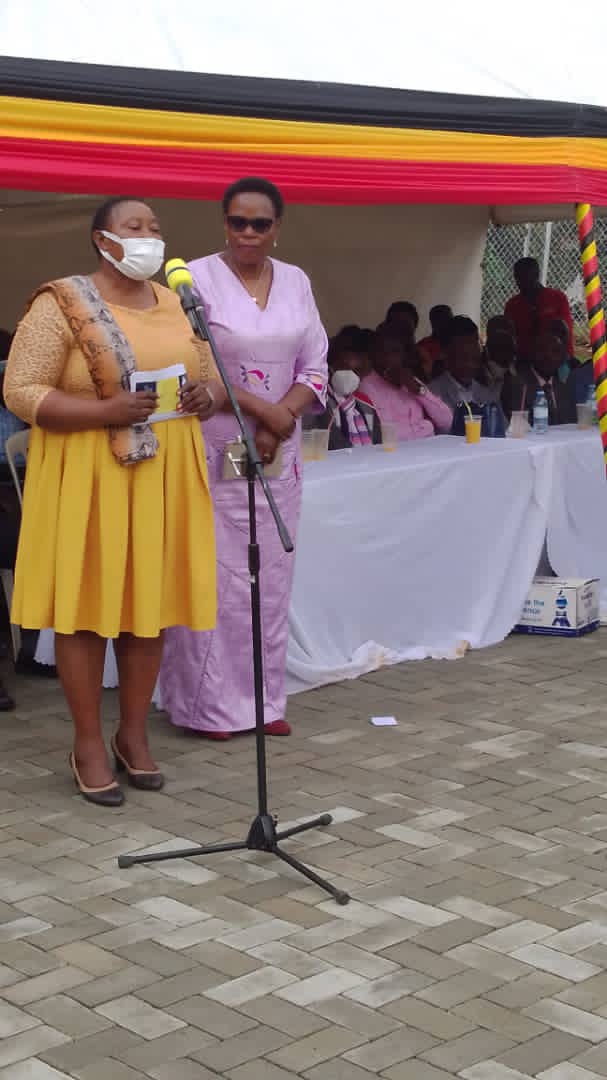 The divisions among the political class in the hitherto model district- Bushenyi have reached a worrying point.

Ironically, Gen. Museveni’s lieutenants who go to this district to perform national duties are the ones who are now suffering as their functions are allegedly shunned due to disunity.
One such a person said to have tasted this acrimonious situation is the Minister for Presidency Milly Babalanda.

The lady from Busoga on November 4 (Friday) couldn’t believe her eyes as area local politicians including legislators were a no show at the function she presided over.
The minister had gone to Bushenyi to commission newly constructed Office of the President at the district headquarters.

Our Inspectors noted that because of the alleged political conflicts in the district, it was only the district woman MP Annette Katusiime who attended. This district boosts of legislators including Michael Mawanda, Raphael Magyezi (minister), Kabuura (Ishaka municipality) and Mbwatekamwa (Igara West) but none of these allegedly turned up.

“All this is because the teamwork that used to exist is no more” reported an inspector.
Another notable figure who was a no show according to Inspectors is former woman MP and minister Mary Karooro Okurut although she contributed Shs500k towards the function and was represented by her Political Assistant.

“It was only woman MP Annette Katusiime who attended and made sure that even after inviting the minister to speak, she remained standing next to her contrary to protocol procedure. Procedurally, the guest of honor is always given space as he or she makes her remarks” observed an Inspector.

By the end of the function, people were left murmuring how the district is totally divided from leaders down to the people including councilors.
“The only way to resolve this is to involve the president otherwise, Bushenyi is in tatters. There are conflicts everywhere” says an Inspector.

So divided the district is that, even when a government program of giving out bicycles to LCIs and LCIIs was done by local government minister Raphael Magyezi on Saturday, no area MP was reportedly there to accompany him.

Magyezi gave out 549 bicycles to these leaders from all over Bushenyi district, but inspectors said other MPs viewed the function as an Ebola-like event and he cheered himself!
Our Inspectors attributed the situation to lack of teamwork as a result of conflicts.

“The president needs to come and reconcile the warring factions because all MPs and local politicians view each other as enemies. There’s totally no unity and this is killing NRM support. These are now two major functions in the district but area MPs are a no show” Says an inspector.

Inspectors suggested that the last Parliamentary election is the mother of all these conflicts that have befallen the once model district.

This happened especially during the NRM primaries that are said to have been messy! Prior to these chaotic primaries in 2020, Bushenyi had Karooro Okurut as district woman MP, Michael Mawanda (Igara East), Raphael Magyezi (Igara West) and the late Gordon Arinda (Ishaka municipality). It was stated that this group used to move as a team whenever there was a visiting minister in the district.

“All MPs would be there in person to welcome the VIP. During the famous age limit removal, the quartet moved as a team together with chairman Basajjabalaba. This teamwork however, was eroded by the elections. This disintegration needs to be addressed as it puts NRM unity at risk” says an Inspector.
Watch this space!