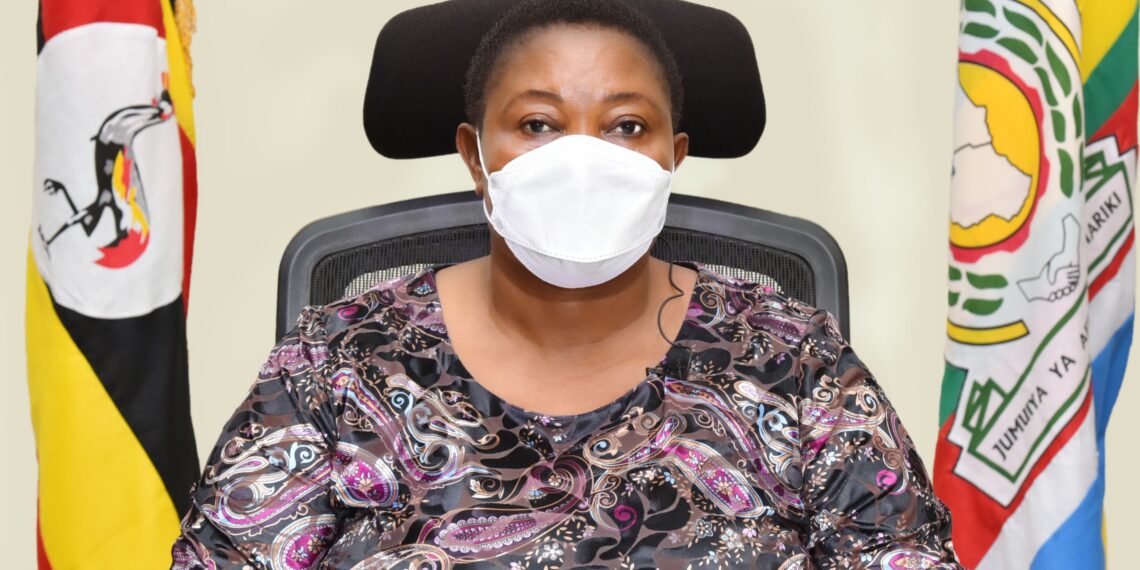 Last week, I concluded an assignment by H.E the President to distribute condolences to families of victims of floods that hit Mbale City early this month. It was such a touching experience turning up at the individual homes of victims to extend sympathies of the Head-Of-State on behalf of all Ugandans. I cannot forget the heaviness of spirit while at the bereaved homes.

I thank H.E the President for his gesture of reaching out to the families in their time of bereavement and supporting them. Life cannot be restored but the families were appreciative of the gesture, and we pray for them to find strength and may the souls of their departed ones rest in eternal peace!

The condolence tour took me through Mbale, to Namisindwa, then Buikwe, Kalangala, Butambala, Lwengo, all the way to Kisoro and then, Kyegegwa. Victims were from these districts. They included close friends and relatives those who were going for an introduction (kwanjula) only to be caught in the raging waters of River Nabuyonga. Sad, indeed, how a happy occasion ended in tragedy.

This river has always been tame. It was my first time to hear that it had burst its banks. It has been established that people have settled too close to it and clogged it with garbage that has altered its flow. By nature, water is a strong element that always finds an outlet when blocked from its path. Nabuyonga’s course has been grossly affected by encroachment and unregulated settlement.

In the President’s message to the bereaved families, he described the occurrence as regrettable, but partly caused by failure of people to take his advice on the issue of protecting the environment. Environmental degradation is a surging threat; a security threat and a crime against humanity. The lives that were lost in Mbale, and those that have been lost elsewhere, directly and indirectly, as a result of the assault by mankind on nature, their blood is on the hands of the destroyers of nature. It is on our hands, we who stand aside and look on as people overstep their bounds.

We cannot afford to lose more lives under avoidable circumstances. Government is further burdened to resettle those affected by such disasters. This disrupts normal life of the affected communities and costs a lot of money that could be invested in developing those communities in their traditional settlements.

So, the plight from the Mbale disaster should serve as a wakeup call to the rest of us. Nature has been battered enough. It is fighting back to reclaim its place. We need to have planned settlements and regulate human activity at all times to comply with best practices in all development programmes.

As we gear up for faster transformation targeting the ordinary person through programmes like Parish Development Model (PDM), we must aim for sustainable development that has due regard for the environment or else all our efforts will be in vain. People may start earning from their preferred enterprises but because they have damaged nature in the process of expanding their farms, you find that their earnings are spent on treating diseases spread by vectors displaced from their natural habitats.

I wish to ask that as PDM gets underway, parish leaders ensure that nobody who is encroaching on a wetland or forest is given money. PDM money should not be wasted on encroachers. More so, the encroachers should be required to restore areas they have damaged as a pre-condition to get considered for future disbursements. Environmental conservation must be a strong component of the programme to set the pace for sustainable economic inclusion. It does no good filling our pockets with a lot of money when there is no safety in our habitats.

In the various cities and districts, Resident City Commissioners (RCCs), Resident District Commissioners (RDCs) and their Deputies are called upon to follow up on all environmental protection programmes captured in policy documents, and directives and guidelines of H.E the President without fail. Reclaim and protect all wetlands and forest cover! Sensitise the masses to understand the immediate dangers they face and get them to participate in safeguarding nature!

Agricultural extension workers, working with environment and natural resources officers, should get out of offices and go down into the communities to monitor how they relate with protected areas as they carry out their farming activities. Protect rivers by getting people off their banks and uprooting bad tree cover such as eucalyptus! Stop illegal physical developments in close proximity with water bodies and green areas.

I think it’s also high time that environmental protection programmes are included in the school curriculum so that our children grow up conscious of the value of the natural environment and their own “dos and don’ts” in that regard. Religious leaders can also do a good job basing in the Holy Scriptures. Sometimes when politicians talk, they are considered to be doing politics but a religious leader is the voice of God and God is the Creator of nature. If we play about with it, we attract His wrath. Let us take any action necessary that will mitigate the risks of environmental degradation and save us from losing life unnecessarily.

Once again, I extend sympathies to the Mbale bereaved families and pray for the souls of the deceased victims to rest in eternal peace. Amen!