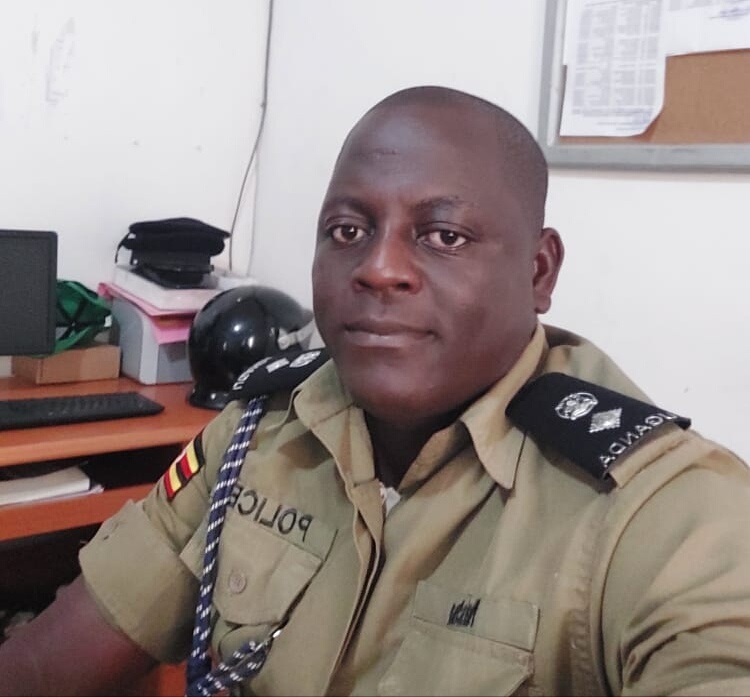 SP Jude Nasucha smiles in his new pips on Monday

Nasucha is among the few police officers recently promoted to various ranks across the country by the Inspector General of Police, Martin Ochola.

Reports reaching our news desk indicate that the police promotions committee recommended Nasucha for the new rank after a track record of his performance in combating crime in Arua City.

The split of the district left Nasucha as the overall police commander of Arua City which comprises Ayivu and Arua Central Divisions.

Even before the breakaway of the districts, Nasucha has been so passionate about his work; commanding his officers across the district to ensure that criminals don’t breathe.

Our insiders in police intimated to us last night that Nasucha’s record of work was traced right from the time he was the Officer in charge (OC) of Arua Central police station and later posted to Moroto as DPC and back to Arua where he is giving a lot of head-ache to criminal gangs.

Recently, Nasucha rounded up more than 100 hardcore criminals terrorizing the locals in Arua city and dumped them in Arua government prison where they are currently rotting.

“We also have a number of recoveries that we made ranging from suspected stolen motorcycles and in the last two months, we have recovered nine of them. We have recovered many implements from these groups, dangerous weapons, house breaking implements, opium, and other dangerous implements,” Nasucha told journalists shortly after sweeping the town of the criminals.

“We have and we shall continue to have operations. We want to make sure that we clean the city and that is going to be soonest,” Nasucha assured the public.

He said the ongoing operation has yielded tangible fruits thus the city is now passable and livable. Nasucha promised that they want to ensure total peace in the city for people to carry out their businesses without any interference.

“So, the number that I have given you, all these are in prison (over 100) on various charges of possession of opium, housebreaking, theft because we have recovered motorcycles and other house belongings,” Nasucha emphasized.

He urged the public to continue giving police any information about suspected criminals so that the security team on ground can be able to apprehend them in time.

A source within the police promotion’s committee revealed to us that it is because of Nasucha’s hard work even during the Covid-19 lock-down period that has earned him the rank of the Superintendent of Police (SP) which comes with a huge envelope at the end of every month.