Why All Senior Opposition Leaders must Protect NUP, Not Fight It 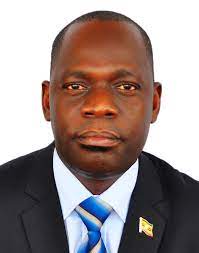 LET US learn to give time to our youngsters, analyse and brighten up their lives. What I know is that God will never leave a vacuum in any leadership structure.

Remember God sent Moses to lead his people to the Promised Land without looking at his age.

In Acholi, we have had very great and good leaders like: Norbert Mao, Reagan Okumu, Odonga Otoo, Okello Okello, Ogenga Latigo, Olum, Ocula, and Beatrice Anywar among others. Shortly after these big shots, a vibrant class of leaders popped up to fill the gap.

I also know that I am not the Alpha and Omega in Kilak South; it’s just a matter of time that my time will come to retire and give way to another leader. It will not be me but you, him or her who has interest in leading the people of Kilak South.

I have come to terms with the fact that we need to find the best way in creating space for fresh minds surely, knowing that psychologically human beings get tired of the same old wine in a new bottle. People are always after fresh ideas, opinions and personalities.

When I look at what is happening in the Opposition, I get the sad feeling that majority cannot believe that a young party would rise up and rally Ugandans to support its agenda of change.

Did we wait too long to find a messenger? Probably the time is now that God is answering our prayers by sending the principal head of the National Unity Platform (NUP) to leapfrog Ugandans out of the cage of impunity.

Why are we not giving NUP time to show its ability and/or potential instead of struggling to see it pass dead?

What is clear is that you will never force people to like you, even if you insult, demean or taint the innocent souls.

Those engrossed in bogus political fights are merely turning into comedians because the people on the side are watching and laughing loud at the nonsensical issues which instead spread hate. Once they know you are a comedian, no one will take you seriously.

The Bible puts it clear, there is time for everything. Allow time to dictate, calm down, shut up and let the wave of change take precedence.

You may be good at that time of your leadership because God felt it was your time but soon your time will be over. He is preparing a way for the young and fresh blood to swing into action geared towards change.

Remember a cock may try its best to destroy the cockerel (young cock) but it won’t succeed — the young one will grow and take over despite the numerous kicks it may get along the way.

Uganda is beyond a tribal lineage and political cliques. Cheap and hungry wanks have resorted to tribal and hate speech to divide the nation further, but that nonsense needs to be tamed. We need to unite as a country for the betterment of our children.

Our constitution allows anyone to stay in any part of this country. However, the continued tribal fights is messing up the whole country and the would-be generational leaders.

Finally, as opposition, let’s stop fighting NRM wars by destroying fellow opposition. Even if you are being used by the regime tread carefully and continue licking your boots in peace.

For those playing double standards, God is watching you. So, I pray He guides you all on who to follow.