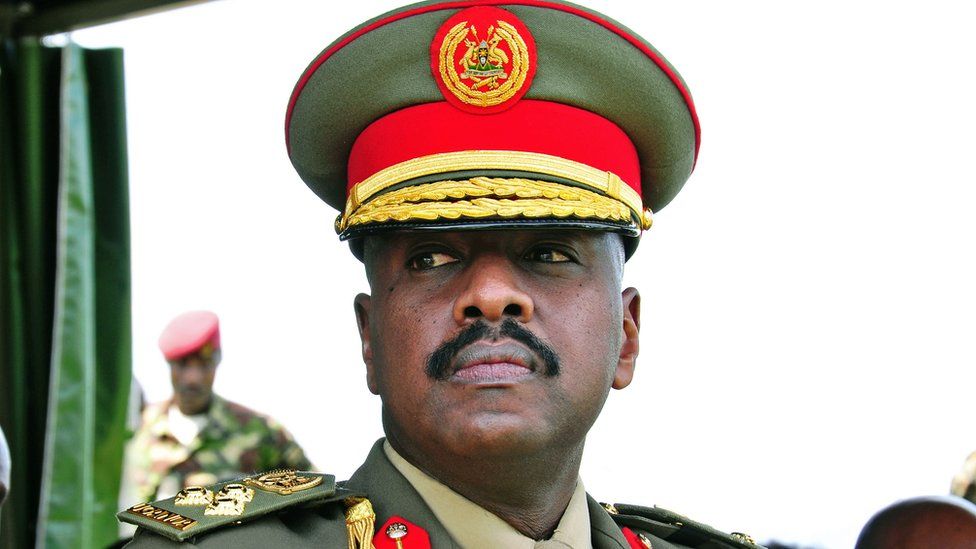 Lt. Gen. Muhoozi Kainerugaba’s legal camp is reported to be combing all libraries to have a supersonic move on how to navigate the impending constitutional crisis if the country abolishes the Presidential Elections Act.

This Act, empowers Ugandans to elect their president in a democratic manner but under the proposed arrangement, this may change. In the new project as we reported recently, the plotters want the MPs to elect the president in what is being termed as ‘Parliamentary democracy’Here, the party that will martial majority seats, will form government and also elect a president. However, as this proposal takes shape, another hurdle has been detected which those backing Muhoozi within NRM are trying to scratch their heads on how to legally disentangle it.

The puzzle is on the position of executive prime minister and president which the proposed constitutional order is likely to introduce if copied wholly from the Westminster.READ ONHe may have not yet declared his intentions to stand for president in 2026.

However, the commander of land forces Lt. Gen. Muhoozi Kainerugaba is currently in the news with suggestions that he’s being favored by the ruling party NRM to succeed his dad.With this agitation gaining momentum within the political circles, it has come to our attention that the agitators are mooting a double face amendment to the law.

It should be recalled that recently we told you of how some circles within the establishment were mooting a proposal to have what was described as a ‘silent coup’ within NRM (but with the knowledge of Gen. Museveni) to aid the first son ascend to the party’s top leadership. Here, Muhoozi according to the plan; is supposed to retire from the forces and stand for a position in the NRM so that he tactfully challenges his dad for chairmanship of the ruling party.

In the meantime, he is also supposed to stand for MP seat in 2026 or in any by-election that may come later. And because there’s a proposal by the same agitators to amend the national constitution to move away from the current presidential elections Act to a parliamentary system of democracy, Muhoozi; in case he wins, will join parliament where it is expected that NRM will have majority seats in 2026.

Therefore, when it gets majority, it’s chairman (read Muhoozi) will automatically become the NRM favorite for president and this is how the battle-hardened Lt. Gen. MK will succeed his dad. (Refer to our story-MUSEVENI TRANSITION TAKES SHAPE IN NRM)

However, inspectors within what is now refered to as ‘MK’ camp suggested that whereas they want to adopt the Westminster model to aid Muhoozi presidency without much hurdles in 2026, the challenge it presents is the issue of having an executive prime minister instead of president.

“This means we have to modify further the amendment. We want MK to be the head of state at the same time the president but not giving the powers to the prime minister” says an inspector knowledgeable on the alleged MK deal.In the amendment, it is being argued that whereas the independence constitution of Uganda presented a ceremonial president and an executive prime minister, the plotters within NRM want to pursue the Milton Obote approach which finally fused the two positions and he became the president.”For us we believe the Head of State is the embodiment of the country’s sovereignity. President can be elected but a head of state doesn’t necessarily need to be elected. We are now saying we need these powers to be with the president” an inspector explained.

According to the plotters, the 1962 constitution brought a contradiction because it was set on a ‘contradiction’. It was explained that the movers of that constitution copied it wholly from UK where there is a national monarchy and yet in Uganda there is no such a national king.

“In UK it’s the queen who invites the winning party to form government. King Muteesa (Buganda) didn’t foresee this before accepting to become president of Uganda” an inspector added.The inspector explained that if Sir. Edward Muteesa foresaw this and he wanted to become a national king, he needed to have conquered other regions of Uganda or he needed to have sweet-talked them to accept him as a king of Uganda.”

Therefore, if we are to refer to the independence model, we have to modify it so that we have a head of state and a president under one person like Obote did. He toppled the president (who by all means was ceremonial) and grabbed those powers.

So, even as we want to introduce the UK model to propel Gen. MK to presidency, he must as well be a head of state. The prime minister should serve under him the way his dad is doing” an inspector said adding that they want the chief justice to swear Muhoozi in as president/head of state signifying that he has executive powers and not prime minister.

Muhoozi has risen through the ranks to become the CLF having served in various capacities in the army including but not limited to nurturing the Special Forces Command; an elite force within the UPDF. He’s now within the mainstream UPDF as CLF and was last seen in the trenches of Masaka region hunting for bijambiya criminals. Recently, he asked his dad and CiC Gen. Museveni for permission to go Guinea and depose the military junta that toppled president Alpha Conde.

He’s currently also serving as a SPA/SO alongside his military role as CLF.Besides known opposition NUP principal Robert Kyagulanyi alias Bobi Wine, Gen. MK may have to face his brother in law Odrek Rwabogo whom some sections within NRM are fronting as a suitable successor to his father in law Museveni.